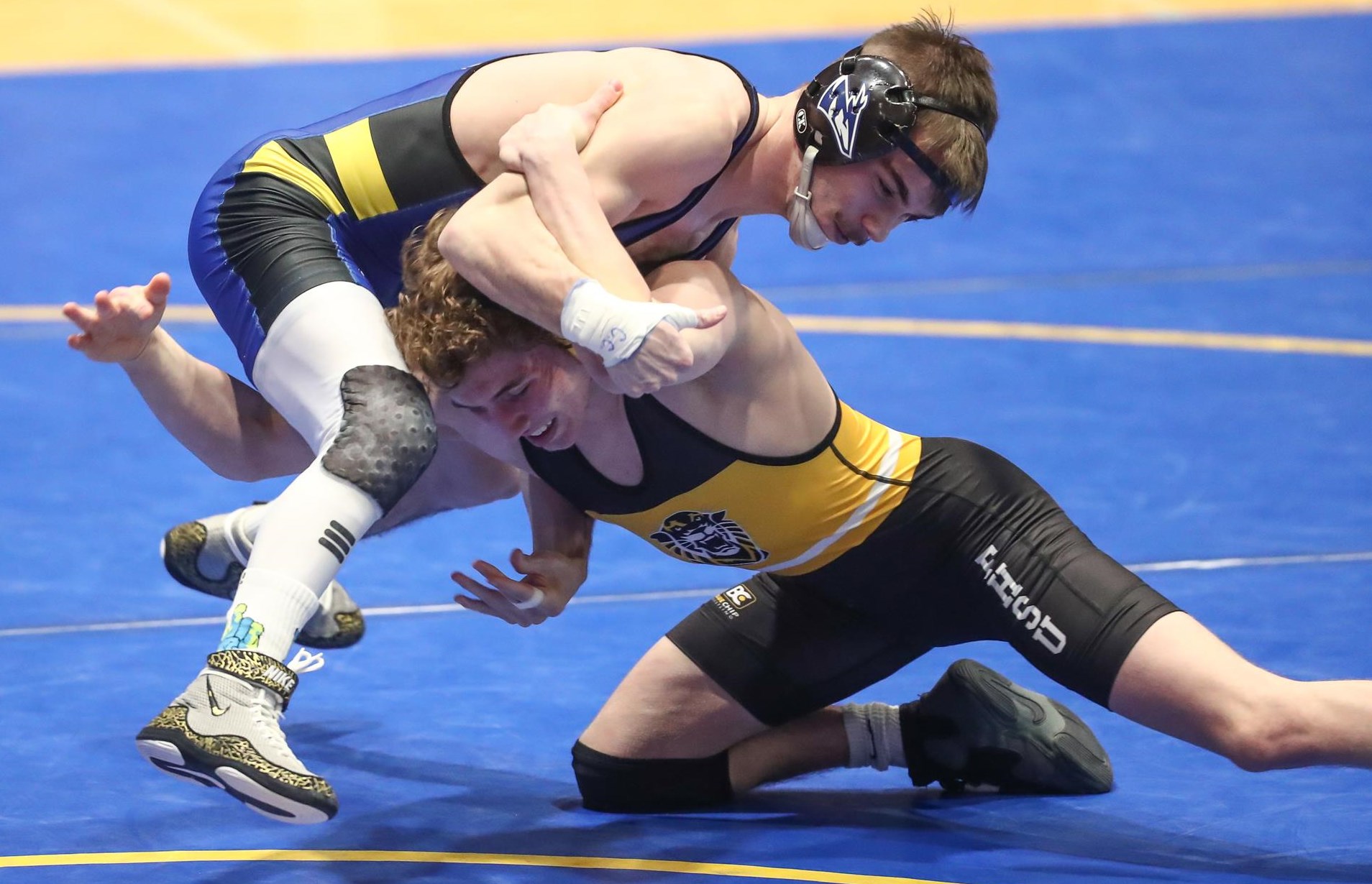 Saturday saw ten teams compete in Kearney, at the Division 2 region VI tournament. The nine other teams made it into town on Friday before a wicked storm moved into town. Every wrestler was competing to finish in the top three of their weight class, as the top three would advance to the NCAA tournament. Third ranked Kearney had plenty of fire power to compete. They finished the day with 121.5 points. Eleven points better than runner up Western Colorado.

Leading the way for the Lopers, was second ranked Sophomore Josh Portillo. He finished in first place at 125 pounds after recording a tech fall and two decisions. The final decision came in a 7-5 victory over Jonathon Andreatta from Adams State. Portillo will be heading to Nationals looking to improve on his fifth place finish last season.

Iowa Transfer Matt Malcom was dominant on Saturday. None of his matches at 157 pounds were close. The sophomore finished his day with two tech falls and a major decision in the final over Skyler Lykins from Colorado School of Mines. Malcom finished last season in fourth place at nationals. He will be carrying a number one ranking when he enters this year’s tournament.

The other top ranked Loper, Calvin Ochs saw his undefeated record come to an end on Saturday. Ochs, a Senior, made the finals with a 6-1 and 7-1 decision. In the finals he ran into Koery Windhalm from Adams State. It was a tightly contested match that Windhalm ultimately won in the third overtime. Ochs was fourth in nationals in 2017, he will head back this year looking to bring home gold.

Senior Zach Stodden advanced to the finals at 174 pounds with a 5-1 win in quarterfinals and an 8-6 win in semifinals. In the finals, he ran into top ranked and undefeated Brandon Supernaw from Western Colorado. Supernaw was able to take the match by decision 7-2. Stodden will be heading to nationals for a third time in his career. He is also looking to become a three time All-American.

Sophomore Wes Dawkins, a graduate from Lincoln High, also finished in second place. The 133 pound Dawkins rolled to finals with a quick 1:36 fall in the quarterfinals and a 8-0 major decision in the semifinals. In the finals, Dawkins had to wrestle second ranked D’Andre Brumfield from Colorado State Pueblo. Brumfield made quick work of Dawkins with a 3:36 fall. Dawkins will head to Nationals currently ranked number twelve in the country.

The most difficult path to nationals came from junior, Jarrod Hinrichs. The fifth ranked Hinrichs entered the tournament as the top seed. After a first round bye, Hinrichs learned quickly that seeding doesn’t mean anything. Sammy Deseriere from Western Colorado made quick work of Hinichs puting him on his back twice. Hinrichs worked hard to come back, but it was not enough as Deseriere won 15-9. With his back against the wall, and his great season on the line, Hinrichs won four straight matches on the backside to finish in third. In the third place match, Hinichs left no doubt, he won 17-5.

Kearney had two more opportunities to to get guys to Nationals as senior Isaac Deaton and sophomore Jonathan Killingsworth also wrestled in third place matches. Deaton fell to Justin Pichedwatana from San Francisco State 6-3. Killingsworth made it to semifinals before heading to the backside. In the third place match, the Lincoln Southeast product fell to Dylan Udero 9-4. Trey Schlender saw his season come to an end on saturday. He picked up a 8-7 win over the three seed in the first round and a 20-0 tech fall in the quarters before falling in semifinals. Schlender can hold his head high, he ended his collegiate wrestling career with a fall in 6:59 Saturday. UNK 149 pound senior Nick Babcock also saw his career come to an Saturday. Babcock received a bye in the first round before falling in quarterfinals. On the backside, Babcock won his first match by tech fall before falling in the consolation quarterfinals in a heartbreaking 7-6 loss.

The Division 2 NCAA Championships will be held in Cleveland, Ohio on March 8th and 9th.