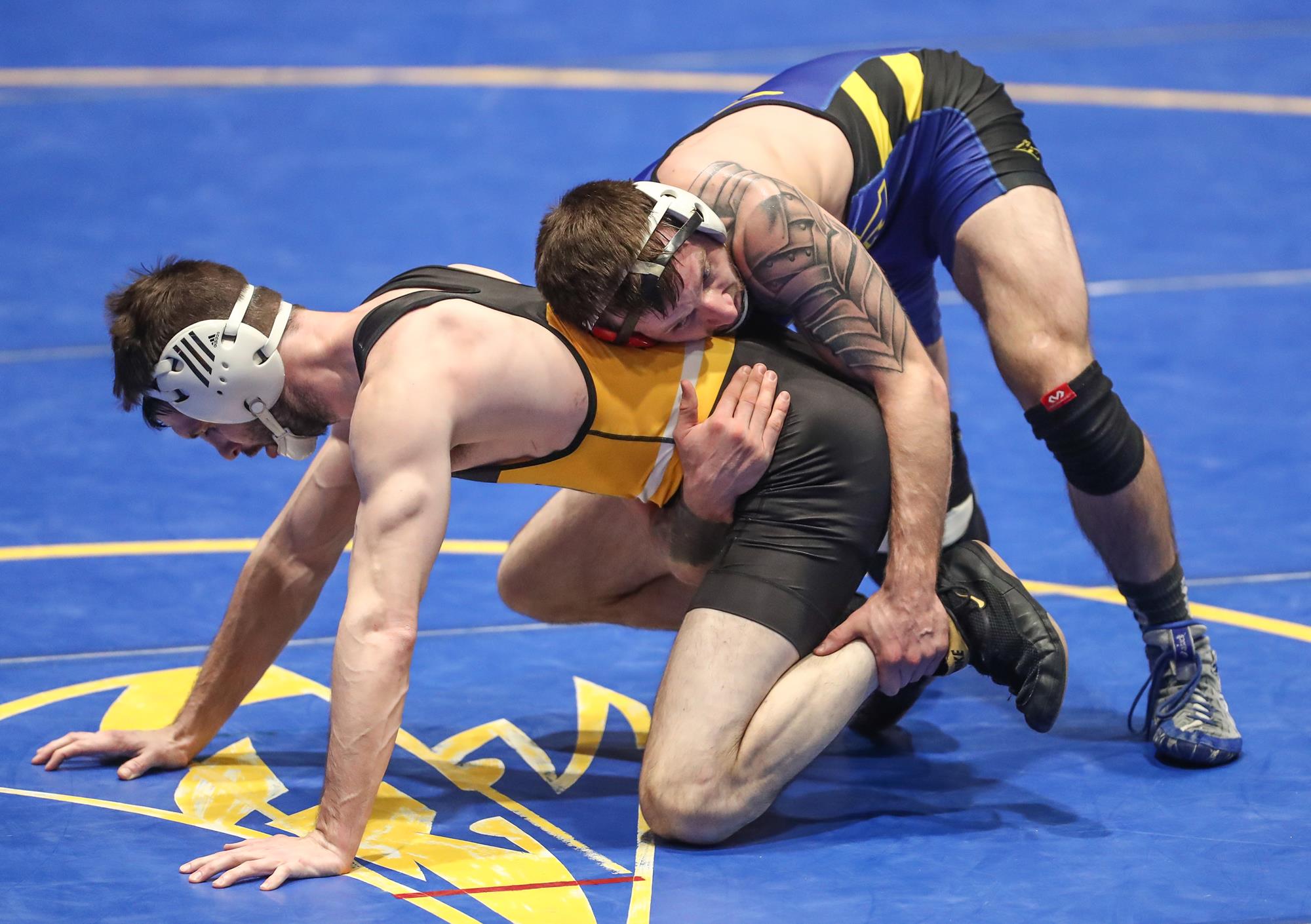 Nebraska-Kearney left little doubt as they defeated Fort Hays State on Sunday to claim the MIAA Title outright. The Lopers used five bonus point wins to take charge in a 29-12 victory. This is the fourth dual title, and second in a row for Kearney.

The lopers jumped on Fort Hays early on Sunday, with third ranked Josh Portillo raced out to a 21-3 tech fall to start the scoring. Wes Dawkins from Lincoln High continued the scoring as he picked up a :50 fall to push the Kearney lead to Eleven. Fort Hays got on the board in the 141 pound match as Brandon Ball defeated Lincoln Southeast native Jon Killingsworth 7-0. Nick Babcock continued the dominance of bonus point wins, when he defeated Ryne Cokely by Major Decision 13-5. Fort Hays narrowed the gap, as they would win three out of the next four matches. At 157 pounds, Efe Osaghae defeated Alliance native Walker Johnson in a narrow 3-2 decision. 165 pounds saw number one ranked and undefeated Calvin Ochs pick up a fall in 4:33 over Conrad Vajnar. Aryus Jones and Micquille Robinson would win the next two matches by decision to bring the team score within nine points, and keep the upset minded Tigers hopeful. Senior Trey Schlender from Kearney slammed that door when he defeated Ryan Tiers by Tech Fall 15-0. The final match of the day saw number five ranked Jarrod Hinrichs from Filllmore Central win a 7-3 decision over AJ Cooper.

Nebraska Kearney is off for two weeks now as they welcome the NCAA Division 2 regional tournament to their home mats. Action will take place Saturday, February 23rd.