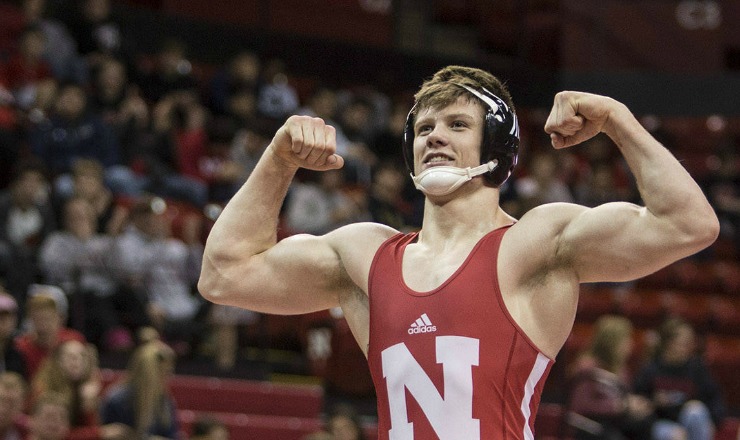 Nebraska has an opportunity to do something they have never done, win the Big Ten Championship. They will have to fill the void left by national runner up, Tyler Berger. They also lose national qualifier Zeke Moisey and tough 149 pounder, Jordan Shearer. This is not about what they lost though. Nebraska returns All Americans Chad Red, Isaiah White, Mikey Labriola, Taylor Venz (2018), and national qualifiers Eric Schultz and David Jensen. It is a deep lineup with lots of experience.

Last year, Nebraska finished in 9th at the NCAA Championships. They will be looking for a much better finish this season. They are rated as high as #3 by Trackwrestling and #9 by Flowrestling. With high expectations around the program, the team will look to stay grounded. Assistant coach Bryan Snyder said “We have talked to the team about expectations. We need to focus on the day by day. Coach Manning always says “Potential is nothing if you do nothing with it.” We have to keep chasing, focus on matches at hand. Take things week by week. Focus on things like duals at Iowa or at home against Penn State.” Nebraska has a challenging season ahead of them. They will have many opportunities to prepare them selves through out the season for the Big Ten tournament and the NCAA tournament. They will wrestle all across the country seeing different teams and different styles.

With the new season, comes new team leadership. Returning a lot of guys helps with team chemistry. They have also had a lot of guys step up to fill the void left the graduating class. “Venz, Schultz, Jensen, Robb they have all done a great job. They do all the right things on and off the mat. Guys like Venz and Red have really taken on the rolls as upperclassman helping build the culture. We have a room full of really great guys” said Snyder. Having Olympians, James Green and Jordan Burroughs in the room along with two new coaches who were former All Americans at Nebraska, Robert Kokesh and Tyler Berger will only help the team. Having so much returning experience also makes for great practices in the room. “Practices are physical. The guys are always going at each other. We will do groups of three where the winner stays. You will see groups like Burroughs, Venz an Schultz. White, Robb and Green or Burger, Kokesh and Labriola. They really elevate each other.” said Snyder. Iron sharpens iron as coaches say. In a room full of All Americans, wrestlers are constantly going to be tested.

The Huskers return a lot to their lineup this season, so it will be great for some of the newcomers to redshirt and attend opens and build depth among the lineup. Nebraska welcomes Isaiah Alford, Ridge Lovett, Kevon Davenport, Bubba Wilson, Tyler Deen, John Henrich, Daniel Monahan, and Johnathon Ortegon to the squad. They are a talented group from all across the country. Alford, a 174 pound wrestler, had a big summer. He finished runner up in the Junior Pan Am games. Lovett joins the team coming off a Fargo Greco championship. He looks to be in the mix at 133. Davenport is another Freshman to keep an eye on that could crack the lineup this season at 149 pounds.

Nebraska looks to have found guys to fill the voids in the lineup. At 125 pounds, Alex Thomsen is coming off a redshirt season where he finished 13-2. In high school he went 190-1 and was a four time state champion in Iowa. 157 pounds will be redshirt freshman, Peyton Robb. He was 22-3 in opens last year and was a three time state champion in Minnesota. 149 pounds will be Collin Purinton. He is a Senior from Oregon. He has plenty of experience for the Huskers going 34-26 the last three years. 133 pounds will be wide open this year. Last year, Javon Parrish was the representative at the weight. Last Thursdsay, on 1620 with Matt Vrzal, Manning mentioned he was going to try and redshirt Parrish this season. When asked about Lovett, Manning said he has been sick to start the year but he will wrestle in some opens and see where they go from there and decide if he will redshirt. Last weekend at the Journeyman Open, Nebraska wrestled Zach Hensley finished runner up. Last year we also saw Tucker Sjomeling at 133 pounds and he picked up a big upset of #7 at the time Montorie Bridges from Wyoming.