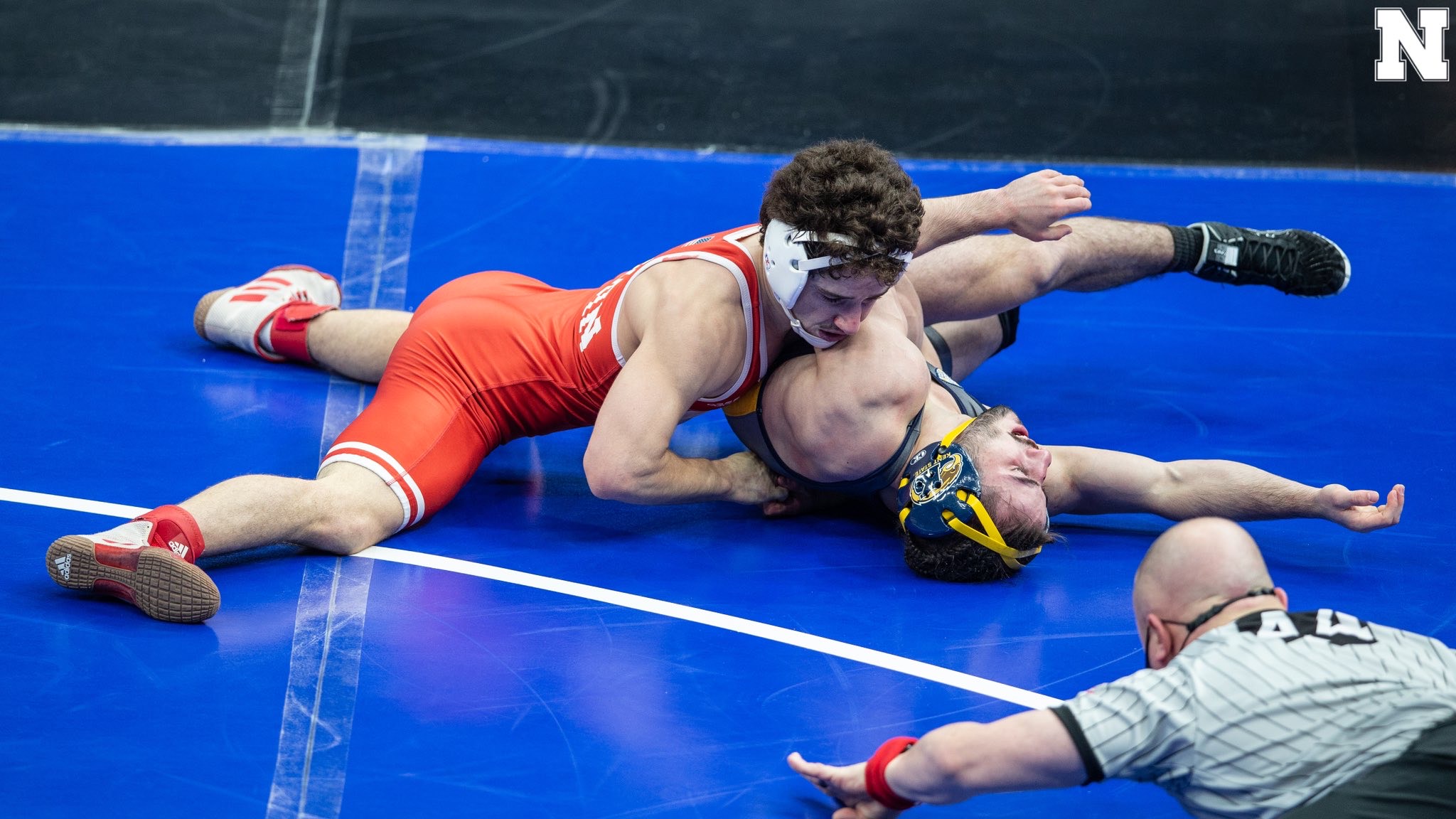 Good News: The Huskers have 8 or 9 guys alive in the tournament.

Bad News: Only two of those wrestlers are in the quarterfinals, and the rest will have to battle through the consolations.

The two quarterfinalists for Nebraska, Mikey Labriola (174) and Taylor Venz (184), each just need one more win to All-American. #4 Labriola will be favored against #12 Truax. #8 Venz will have to go through #1 Aaron Brooks. Venz lost to Brooks in the Big Ten Finals two weeks ago, but did beat him in a dual last season.

The remaining six Huskers will need to win three matches in a row to gain All-American status. #8 Chad Red (141) faces a tough opponent in #7 Parker right out of the gate tomorrow. #2 Eric Schultz will likely have to go through either #9 Adams or #7 Elam in his second match tomorrow. Expect both Red and Schultz to come out on a mission after being upset in day one.

Peyton Robb at 165 may have to wrestle #11 Amine in his second match tomorrow, Amine won that one 4-1 at the Big Ten Tournament. Christian Lance at 285 will likely see #3 Stencel in his second match. Liam Cronin at 125 will have #14 Lane out of the gate tomorrow. Ridge Lovett lost a tight match in the quarters. He might have to wrestle Heil of Campbell who was on the wrong end of a terrible gaffe with the clock that cost him the match.

Norfolk, NE native Caleb Licking dropped his first match to the #5 seed Young and lost a close 5-3 match to end his first trip to the NCAA Tournament. Fantastic season Caleb!

The Huskers sit in a tie for 9th after the first day, and with a good showing tomorrow can push toward the top five, but some of the guys are really going to have to grind back through.