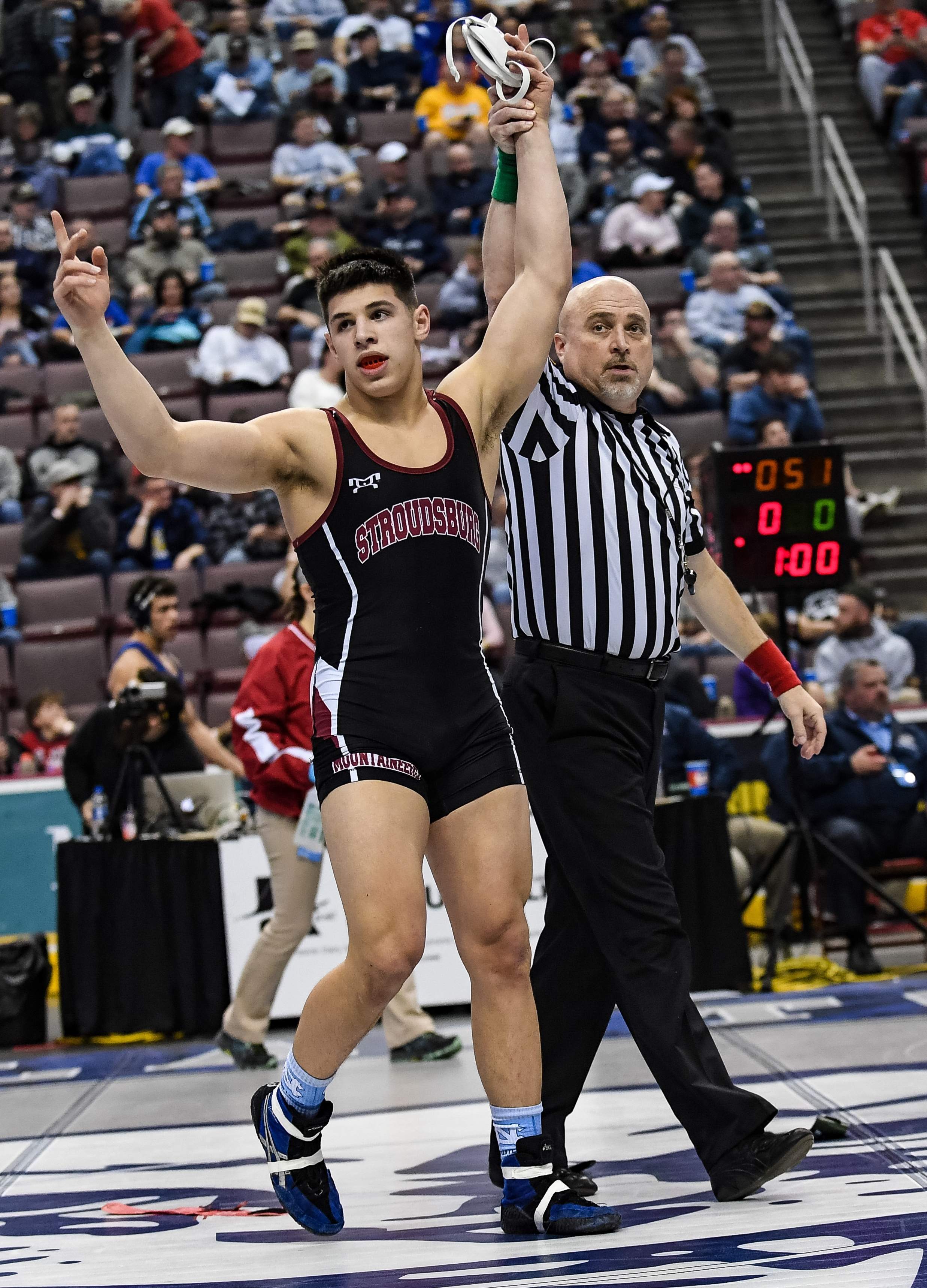 On October 21, Nebraska received another commitment out of Pennsylvania. Out of Stroudsburg High School, 170 pound Junior, Lenny Pinto. He is currently ranked #8 in the country at 170 pounds by Flowrestling. He is also #8 in the class of 2021. Pinto finished in fifth overall at Super 32 last weekend. He is a double All American at Fargo. He finished in first place in Cadet Freestyle, and third place in Cadet Greco. He was first place in the Sophomore division at NHSCA Virginia Beach Nationals. He finished in third at Pennsylvania state championships. He is projected to be a 174/184 at Nebraska.

Q.What’s it like to have the recruiting process be over and be able to focus on your team and personal goals?

A. It feels great. It was definitely overwhelming. Thankfully the Lord led me to my future home so quickly.

Q. What attracted you to Lincoln, and made you decide on the Huskers?

A. I actually never knew anything about Nebraska to be honest, other than they had a great wrestling program. Coach Snyder was the first to reach out to me and we ended up having an in home visit. That went well, he was very genuine and I had a good feeling about it. My dad and I then went on the official visit and sure enough, I fell in love with everything about it. The coaching staff is as pure as they come. The school it self was amazing. It’s that “big city, with a small town feeling” which I liked.

Q. Coach Snyder being a local guy, Labriola already being at Nebraska, and Condomitti committed, does that have a sense of a comfortable “homely” feeling to it?

A. 100% I though the connection there was something special because of how far down the line it goes. It almost seemed like this was all planned out for me from the beginning. Going out there with my boy Jag is definitely comforting too. We grew up wrestling together and we are both stoked for the journey.

Q. You’re viewed as one of the top wrestlers in the country, how do you deal with the pressure week after week?

A. The pressure at first was rough. I let all the attention and hype get to my head. It finally got back to me that there is always someone better and always room to improve. So I am back to following my dad’s old phrase “wrestle every match like you’re wrestling a state championship.” I do enjoy the pressure though because Coach Manning told me “Pressure is a privilege.” It helped me realize how grateful I should be for even getting these opportunities to compete and accomplish goals of mine.

Q. Over the next two years what do you need to improve on the most to prepare yourself for the college level?

A. I definitely have to improve my work ethic in all aspects and my time management. Those are the two biggest things I will be focusing on. Especially since I am going so far away and can’t just ask my mom to do the laundry for me, something simple like that. Then at wrestling view, keep touching up on everything of course, but definitely work on some top rides and moves.

Lenny’s high school coach, Sean Richmond, is also excited for him to wrestle at Nebraska. In an interview with LeHigh Valley newspaper, The Morning Call, he had this to say about Lenny’s commitment.

“Nebraska is one of the top NCAA wrestling programs in the country with exceptional facilities, a top-flight academic support facility, a faith-based team, and a staff of coaches of exceptional character who the Pintos can trust will treat their boy like family when he arrives there in the summer of 2021. From a wrestling standpoint, Nebraska boasts a decade of placing its athletes on world teams, numerous individual NCAA champions and All-Americans, World and Olympic medals, and a world-class training regimen which should suit Lenny’s unique skill set as well as any school.”

It is a huge pick up out of the state of Pennsylvania. Nebraska is continuing to plant roots in that area. This is the third commitment out of the area over the last three years. Assistant coach, Bryan Snyder is also from the same area.