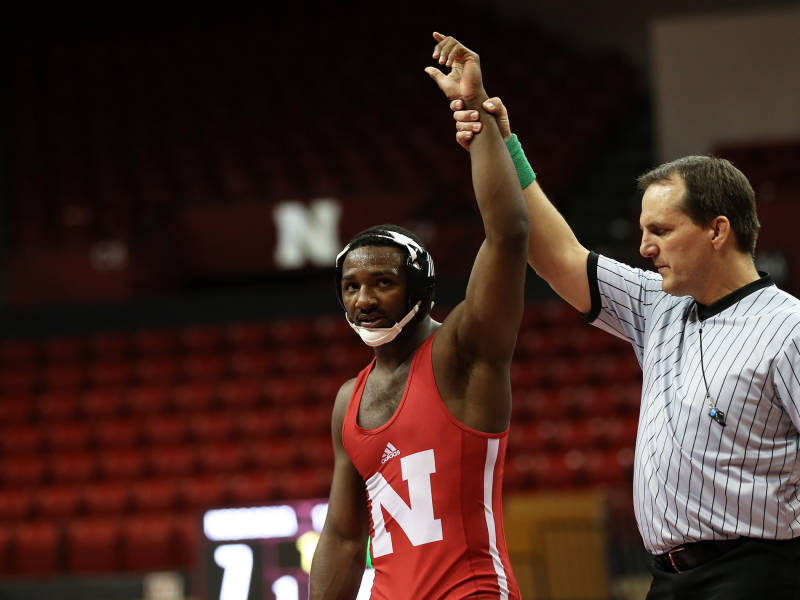 Isaiah White is 20-4 this season and is the #8 seed at the B10 tournament. This bracket may very well be the toughest of the tournament. White’s four losses this season are to Nick Wanzek, Te’Shan Campbell, Richie Lewis, and Logan Massa. His biggest win of the year came against Wisconsin’s Evan Wick. White has not wrestled any of the top three; Martinez, Marinelli, or Joseph. Isaiah is known to wrestle well when he is competing against top tier opponents, and it would not be surprising if he came away with a fourth or fifth place this weekend. White’s first match tomorrow will be against Ohio State’s Te’shan Campbell.

Beau Breske (9-10) failed to secure a seed in the 174lb bracket. Breskewas unable to find his rhythm this season, and has lost his last seven matches, 6 of which were to B10 opponents. With only 7 automatic qualifiers, Breske will need to make some magic happen to qualify. A number of his losses were by a small margin, and even lost in sudden victory to Purdue’s Dylan Lydy, so qualifying is not out of reach for Breske. His first match tomorrow will be against Iowa’s Joey Gunther.

Taylor Venz (20-5) obtained the 6 seed and has been consistently rated #6 throughout the season. This bracket is another hammer with two returning National Champions, Bo Nickal and Myles Martin. Venz has lost to everyone seeded above him with the exception of Bo Nickal, who he has not wrestled this season. Outside of his tech-fall loss to Myles Martin, all of his losses have been close. It is plausible that Venz could walk away with a third place finish. He has a first round bye tomorrow and then will face the winner of Dom Abounader and Mitch Bowman.

Eric Schultz (15-7) has had a great freshman campaign thus far. The biggest win of the season came against Kevin Beazley, who had previously beaten him in the season. His loss to Kollin Moore was only by 1 point (3-2) and had another one point match with Zack Chakonis (9-10). If Schultz brings his best performance he could easily find himself in the top four of the B10 bracket. Schultz will wrestle Nick May of Michigan State first round, and the winner will wrestle Kollin Moore.

David Jensen (9-9) is another Husker who failed to get seeded at the B10 tournament. Jensen and Patrick Grayson had been back and forth this season as the starter. Jensen has wins over three wrestlers in the bracket: Robottaro (MSU), Rachal (Illinois), and Stone (Wisconsin). With only seven automatic bids, Jensen is going to have to pull a couple of upsets if he wants to continue his post-season. His first match tomorrow will be against Conan Jennings, who Patrick Grayson lost to in overtime (1-2). The winner will face Nick Nevills.