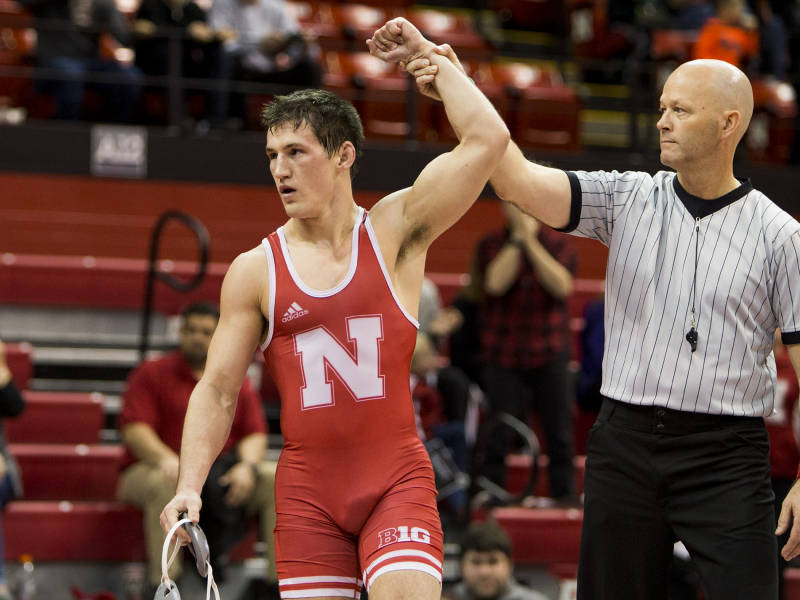 Mitch Maginnis is 16-13 on the year, and has stepped up to the plate and done battle in the B10 this season. Through hard work and grit he has positioned himself to potentially qualify for the NCAA tournament. He started the season as the backup, but solidified himself as the starter throughout the season. He picked up B10 wins against Wisconsin, Rutgers, and Maryland. Given that there are 10 auto-bids, Mitch will have to beat someone at the tournament who he was unable to beat in the regular season. He lost close matches to Elijah Oliver (3-1), Drew Mattin (10-8), Rayvon Foley (6-3), and Travis Piotrowski (4-2).

Jason Renteria has only 7 matches on the year (5-2), but has found himself situated nicely with the 4th pre-seed. Jason picked up wins at Maryland, Northwestern, Rutgers, Michigan State, and Wisconsin. His big win on the year was over Scott Delvechio. Renteria’s only two losses come from Stevan Micic and Mason Pengilly of Stanford. With 7 automatic bids, Renteria will need to have an off day to not qualify for the NCAA tournament.

Chad Red (18-7) has had his ups and downs this season, but appears to be peaking at the right time. He’s won his last four dual matches against Michigan, Michigan State, Wisconsin, and Stanford. There’s a chance that these pre-seeds will be changed a bit before final seeds are released, due to Red having lost to Limmex, who is seeded below him. Either way, Red has a chance to place high in the tournament if he brings his A-game.

Colton McCrystal (17-3) has been consistent this year and solidified himself as the 4th pre-seed. His only losses come at the hands of North Carolina’s Troy Heilman, Ryan Deakin of Northwestern, and Justin Oliver of Central Michigan. McCrystal will likely see Keyshawn Hayes in the quarterfinals, who he has not wrestled this year. Colton has not wrestled Retherford or Sorensen this year either. It will be a successful weekend for McCrystal if he has able to capture third or fourth at Big Tens.

Tyler Berger (18-6) is a guy who is capable of beating almost anyone on any given day. He has solid wins over Jake Short, Archie Colgan, Kyle Langenderfer, and John Van Brill, but has also dropped a couple of unexpected matches to Andrew Crone and Kennedy Monday. Berger will need to come to the tournament ready to compete if he is to place in the top four. This year he’s dropped two matches to Alec Pantaleo, who appears to be his kryptonite. There is a chance that he will lose his #5 pre-seed to Andrew Crone who won the head-to-head matchup. Berger has not wrestled Kemerer, Nolf, or Micah Jordan this season.