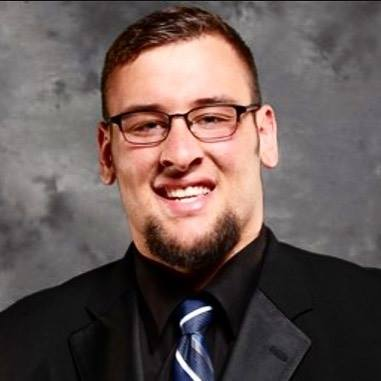 NEwrestle recently sat down with Jarrod Hinrichs to discuss his success on and off the mat. Hinrichs is a Geneva, Nebraska native and graduate of Fillmore Central High School. He amassed a 167-17 record in high school, and was a Class C state champion his senior year. He also placed sixth at NHSCA Junior Nationals. Hinrichs is now a redshirt sophomore at the University of Nebraska at Kearney, where he is finding success.

When asked about why he chose to attend UNK to further his athletic and academic career, he stated that it was a “no brainer decision.” He had been attending the UNK team camps in the summers since the 8th grade, and that he and the coaches were already familiar with each other. He was initially recruited by head coach Marc Bauer, but after Bauer stepped down to work on his Ph.D., Coaches Dalton Jensen and Andrew Sorensen took over. He said that the transition was very smooth, and the bond between the team and the coaches is exceptional. He stated, “Coach Sorenson and Dalton have had a deep history together, so having that chemistry in the wrestling room as a coaching staff, it’s safe to say the we boast one of the best coaching staffs in the nation.” Hinrichs is also a big fan of Division II wrestling. Being able to have a scholarship at UNK has allowed him to be able to afford school and achieve his career goals. He said that Coach Jensen and Sorensen place a special emphasis on the “student” in student-athlete, always putting academics before athletics.

Hinrichs redshirt-freshman year he went an impressive 24-14 in open tournaments. He’s glad he was able to take a redshirt season because he had a lot to learn when he first stepped in the UNK wrestling room. Last year he went 15-15 as the reserve heavyweight, where he stepped up and wrestled a number of duals for the Lopers. This season he is 30-6 on the year and riding an 18-match win streak. He hasn’t lost to a DII opponent this year, and has picked up wins over five ranked wrestlers. He has already been the MIAA Conference wrestler of the week three times this season. Hinrichs is looking beyond conference wins though, he has his eyes on being a National Champion this year.

Hinrichs enjoys playing cards and video games when he’s not throwing hands on the mat. His favorite wrestler to watch is former-Loper, Tervel Dlagnev, and said that Tervel is a big reason he chose to attend UNK. His favorite wrestling shoes are Asics Aggressors, and he likes to listen to a variety of music to prepare for his matches. If he could re-wrestle one match, it would be his NHSCA semi-finals, where he lost on a locked hands penalty with one second left. The toughest guy he’s ever stepped on the mat with is Gable Stevenson, who is a three-time Cadet and Junior World Champion. When asked what advice he would give to a high school wrestler wanting to wrestle in college, he responded with, “The best advice I could give is, stick with it if you put in the time and effort you’ll get result. When I started this sport in 7th grade I would have never thought I’d be where I am today.”

One thought on “Overtime with Jarrod Hinrichs”