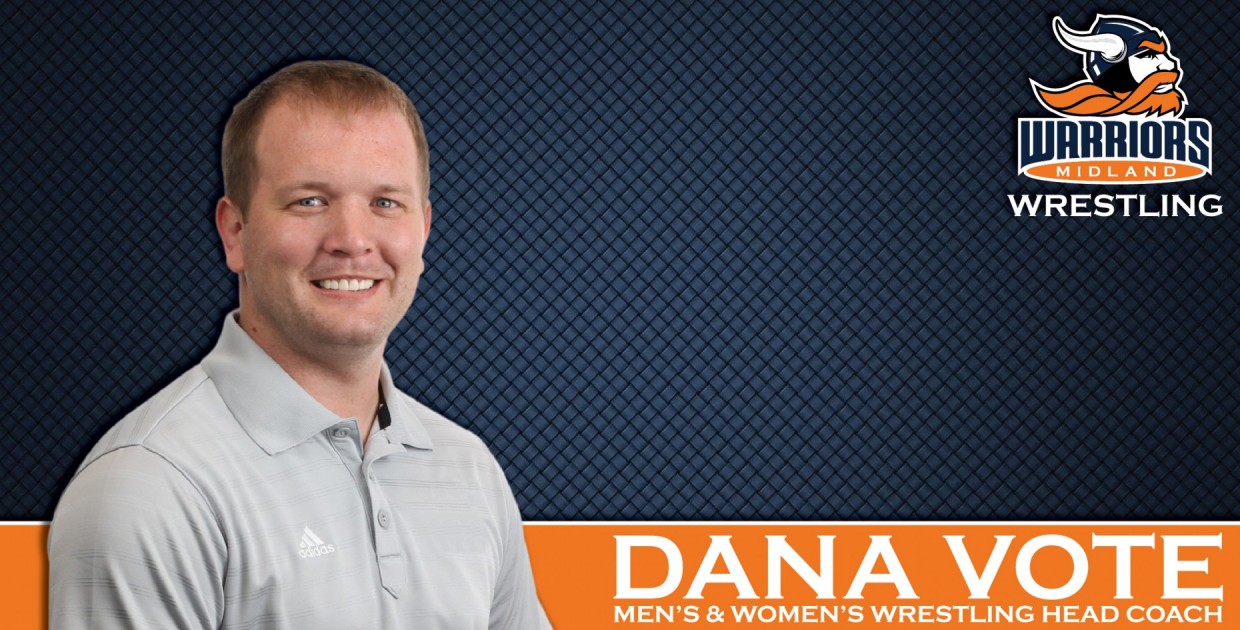 FREMONT, Neb. – Midland University has announced Dana Vote as the institution’s new head wrestling coach. Arriving at Midland from his role as the director of wrestling operations at Iowa State University, Vote will oversee both the Warriors’ men’s and women’s programs.

Over the course of 10 years associated with collegiate wrestling, Vote has coached one National Champion, 11 All-Americans, 32 national qualifiers and 12 Academic All-Americans.

“Coach Vote has cultivated excellence throughout his career and we look forward to seeing him build on our wrestling tradition,” said Midland University Director of Athletics Dave Gillespie. “A leader who embodies the ideals of our university, Dana will push our athletes to excel in the classroom, in their sport, and as citizens.”

Vote returns to the National Association of Intercollege Athletics (NAIA) and Great Plains Athletic Conference (GPAC) after spending the past school year as the director of wrestling operations at Iowa State.

Vote inherited a roster of 14 wrestlers upon accepting the job at Concordia in 2012 and grew the program to 40 prior to his departure in 2016. He averaged a recruiting class of 20 wrestlers per season.

Vote is a graduate of Buena Vista University where he was a varsity wrestler for three years. He served as a student assistant coach for one season and spent four seasons as an assistant coach.

Since reinstating men’s wrestling as a varsity program in 2010, the Warriors have become a perennial Top 25 team in the NAIA. Midland has had 21 All-Americans and two National Champions in that span. With 31 varsity sports, Midland University is home to over 800 student-athletes as Nebraska’s largest athletics department.

The women’s wrestling program was also founded in 2010. The Lady Warriors are a part of the Women’s Collegiate Wrestling Association (WCWA) and were ranked No. 24 at the conclusion of the 2017 season.