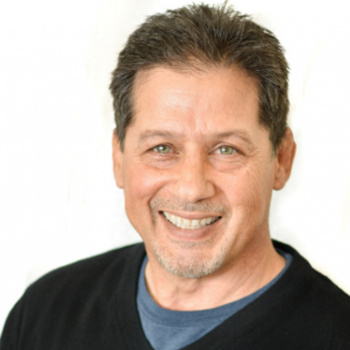 A little over a month ago, on May 17th, Midland University announced Larry Nugent as the new coach to lead the Midland wrestling program. Nugent will step in after former coach Dana Vote took the same position at Doane College in March. Nugent comes in to Midland with tons of wrestling and coaching experience. He wrestled in college at Southern Oregon University, where he was a two time All American. He also finished in the top three at Olympic trials twice. Nugent wrestled until he was 32. In 1980 he joined SOU as an assistant coach for nine years. He then went on to be the head coach at Pacific University for three years. He had 16 All Americans and one National Champion. Nugent also served as an assistant coach at BYU. He then went on to join USA wrestling as director of development in private donor support and corporate sponsorship revenue. He even dabbled in broadcasting for networks such as ESPN, Fox Sports, and Oxygen sports. He earned the NWMA broadcaster of the year in 2001. After 12 years with USA Wrestling, Nugent took the head coaching position at Bethany College in Kansas for four years and earned the KCAC coach of the year in 2018, That 2018 team also earned the academic National Championship with the highest team GPA.

I asked Nugent what stuck out about Midland program, to take the coaching position. He said, “I have a good knowledge of the program, I brought my Bethany teams up here a couple of times for duels, and also wrestled them in Christmas tournaments. I knew Coach Vote pretty well and he had a lot of great things to say about Midland, he was real outgoing a nice guy so I got a lot of insight from him. Also meeting with Dave Gillespie(Athletic Director) and Bode Hill(Associate Athletic Director), they were really professional and really took the time to meet with me. All those factored into this decision.” Nugent also mentioned he loved the support from the administration and alumni along with the community. He loved hearing from Hill about wanting to emphasize in duel meets for the community and the fans, it was music to his ears.

Nugents style of wrestling, he learned a lot from a young age. When he was at SOU he worked a lot with Dave and Mark Schultz. “Working with Dave and Mark at camps in Oregon, then at the world training camps, and getting to go overseas with them, I learned a lot about their tenancies, philosophies and tactics.” Nugent also learned a lot wrestling from coaches like Bobby Douglas and Dan Gable when he was at the Olympic training center. One of the biggest things he learned was from his college coach who told him “Treat the sport important and everyone around you will do the same.” He uses that motto still today and tries to do that for his wrestlers.

Last season, Midland qualified five guys for the NAIA championships in Des Moines, Iowa. David Berg went on the win the National Championship. Berg will be sticking around to help coach and be in the program now that he has graduated. Midland loses all five qualifiers to gradation, so it will be a developmental process for Nugent moving foreword. It is something that he is looking foreword too. “We lose a lot of guys off that team from last year, between graduation and guys moving on, it will be a building process. I am hitting the recruiting trail hard and also know we have a lot of good talent coming back. I think the guys coming back will hold their own and we will move foreword.” Midland will have a young team, so there will be some growing experiences. They will be ready for competition and looking to improve each week.

Last season, Midland finished in third place in the Great Plains Athletic Conference with a 6-2 duel meet record. Morningside and Concordia tied for the GPAC title going 7-1. Learning more about the conference is something Nugent is looking foreword too. “I am learning more about the GPAC. When I was at Bethany, we dueled a couple of the programs and went to the Midland Open. It is a tough conference, I like where we are at. If we can compete in the GPAC we can compete nationally. I am excited to get to know the other coaches more and learn about the rivalries.” Nugent believes rivalries really make the sport go round. Its what he loves about Midland and the NAIA really wanting to build on duel meets. “It helps grow the sport and build rivalries. It gets the community, students and fans involved and excited.”

When it comes to recruiting, it is something Nugent really looks foreword too. He has been getting familiarized with the programs and coaches. “I have attended the summer league in Omaha a few times. I did a camp for those kids. I got to meet a few people their. I have been going through the data bases learning schools and wrestlers. I have started writing letters to some of the talent coming back in the state. It is an exciting time for Nebraska wrestling. There is a lot of talent here. I am really excited about the future.” One coach he has got to know well is Fremont coach, Ben Wilcox. He loved how personable he was and how much he cared and loved his wrestlers. Wilcox lead Coach Nugent to Cody Carlson. Carlson will be wrestling for Midland.

In recruiting, Nugent has a bunch of different things he looks for in a student athlete. Student being the first thing. “Academics are very important, on all levels. Usually the kids that understand how important school is, apply that same model to wrestling. It is very beneficial. First thing I do when looking at a kid is look at their GPA, it has nothing to do their personality, I just like to see how they apply themselves. They have to have a good foundation.” Nugent also liked a kid with a chip on his shoulder, something to prove, has a mean side to him and can be aggressive. He likes a mentally tough kid. “I learned a lot of that from Dan Gable. You can teach and develop mental toughness. The greatest wrestlers have great physical ability, but are usually the toughest mentally. Look no further than down in Lincoln with Jordan Burroughs.” Nugent also likes a kid who doesn’t mind to suffer a little bit. Kids that have been through something, cutting weight, a tough loss, a tough practice. They learn from those moments and develop in a better wrestler. Nugent prides himself on listening. He is a great listener, he likes to talk to parents and coaches. You can learn a lot about a kid from them without even seeing them wrestle yet.

Listening is one quality he talks about when recruiting a kid to Midland. “You have to be able to listen to a kid and understand him and what he is processing. Getting to know the wrestler on and off the mat.” He wants Midland to be a place the student athletes can appreciate. He also wants them to realize he is not going anywhere. He is not using Midland as a springboard to another opportunity. This is his destination. Physically, mentally, spiritually, he wants to be a leader. I wants to be a tool for these kids to use to reach their goal as a wrestler, in school, and in life. Midland is a place a kid can come to improve and develop. The coaches and the administration fully support the students and wants to help them succeed.

Coach Nugent has settled in to his new position and is loving every aspect from the administration to the community. He is excited to work with wrestlers. To get to know them, to learn from each other, develop, and grow. There is still a few things to button up like finding a graduate assistant. In all, he is very happy with where he is at. He looks foreword to meeting the high school coaches, meeting fans, and meeting people in the wrestling community. He looks foreword to the upcoming season and we will catch up with him before the start of the season for a preview of whats to come for 2018-2019.

One thought on “Larry Nugent hired as Midland Coach.”