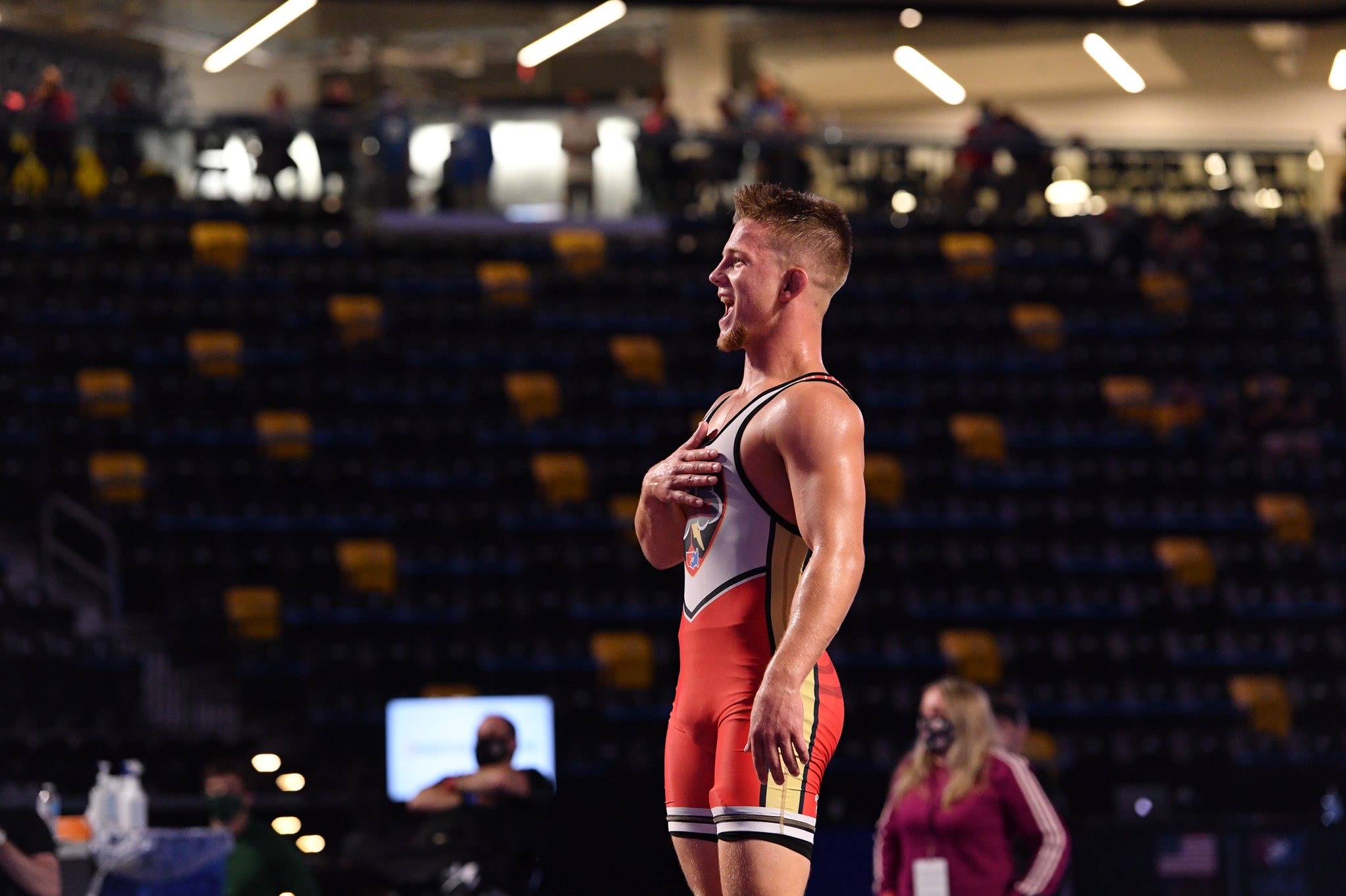 USA Wrestling just released the seeds for the event and Alex Thomsen and Tanner Farmer both have top seeds.

Tanner Farmer made a splash at the US Senior Nationals in his first senior level Greco competition, finishing in 4th. He’s already given some of the top 130kg guys good battles and his Greco career is still in it’s infancy. Husker Alex Thomsen won Senior Nationals, beating U23 World Team member Lamont along the way.

Former Husker NCAA runner-up Tyler Berger has been active during COVID days.  He has competed in several RTC events and has knocked off several high level guys. DeShazer and Francisco both picked up seeds as well. Former Husker Collin Purinton is also competing.

Millard South senior Conor Knopick and Kearney High grad Philip Moomey have both been World Team members at the Cadet Level. Knopick finished 8th at Senior Nationals in October. Another Bearcat, Lee Herrington, has a Junior Pan-Am gold medal on his resume. MWC’s Corbin Nirschl should be a big factor at the 67kg weight as well.

Already through to Olympic Trials:

There are six wrestlers with Nebraska ties that have qualified for the Olympic Trials. Most recently Waipuilani Estrella-Beauchamp from Midland after winning Women’s NAIA Championship.

Omaha North grad RaVaughn Perkins was the US Olympic Trials Champ in 2016 at 66kg. He has been competing at 77kg recently, but could also enter at 67kg. Former UNK Loper Patrick Martinez was the 2018 US World Team member at 87kg.

Omaha Skutt 4x State Champion Thomas Gilman has made two World Teams and won a bronze at the 2017 World Championships. Former Husker James Green has two world medals and has been a mainstay at 70kg for the US World Teams. He’ll be down at 65kg for the Olympic Trials.

Jordan Burroughs has made nine straight Olympic or World Teams. He will get be sitting the finals awaiting the winner of the challenge tournament portion – which is likely to be 2x 79kg world gold Kyle Dake.