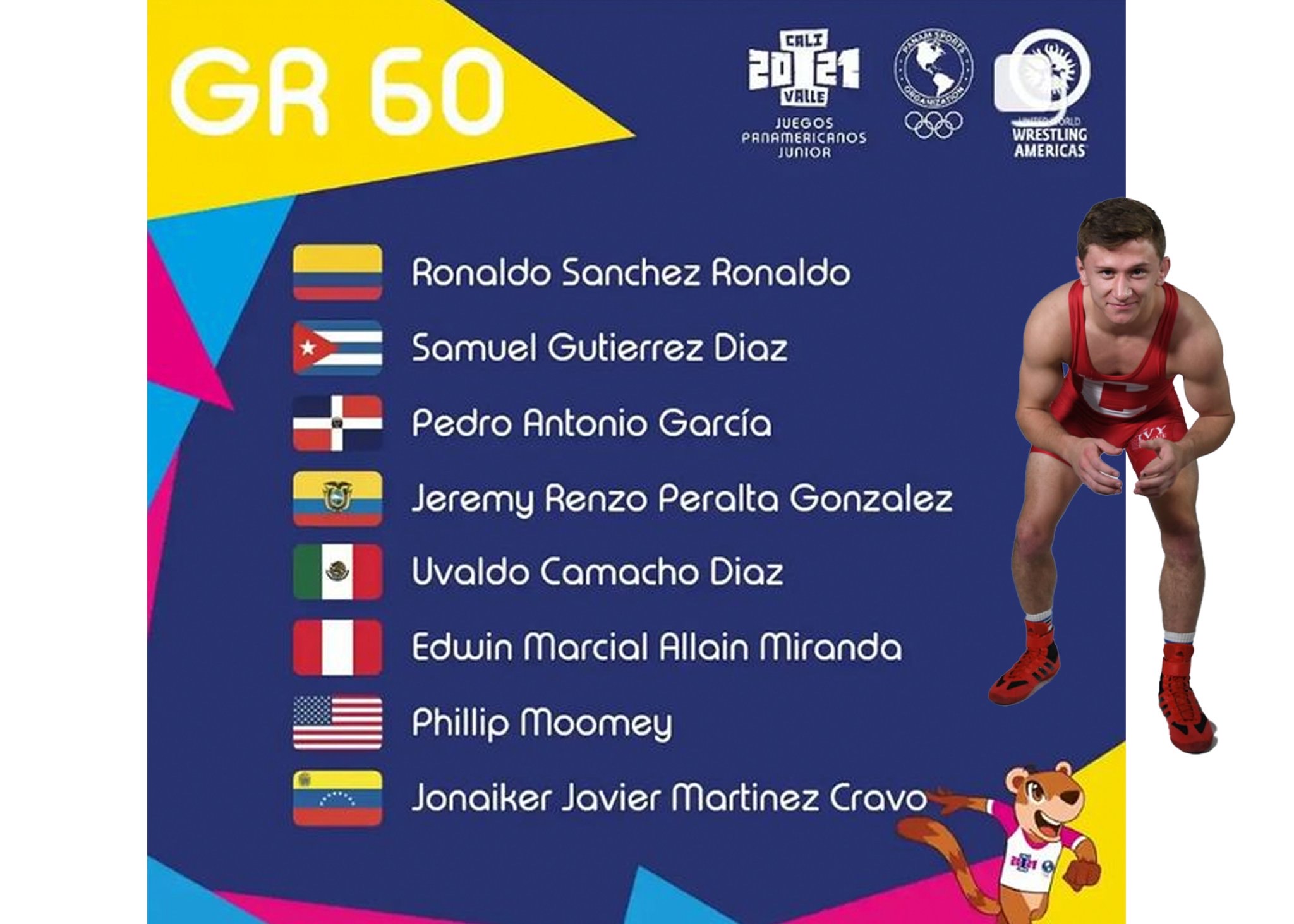 Kearney grad and current Cornell wrestler Phillip Moomey will be representing the USA at the Junior Pan American Games that begin Wednesday in Columbia.

Moomey is no stranger to success at the Greco level. In 2017 he was the Fargo Cadet Greco Champion at 120 lbs. He was a 2018 Cadet Greco World Team member, and in April Phillip finished runner-up at the Greco Junior Nationals.

He last competed on the international level in June at the Pan Am Championships. He was beaten by Uvaldo Camacho Diaz of Mexico 10-4. Diaz was the eventual Bronze medal winner. Both the Gold and Silver medal winners from June are in the field as well.