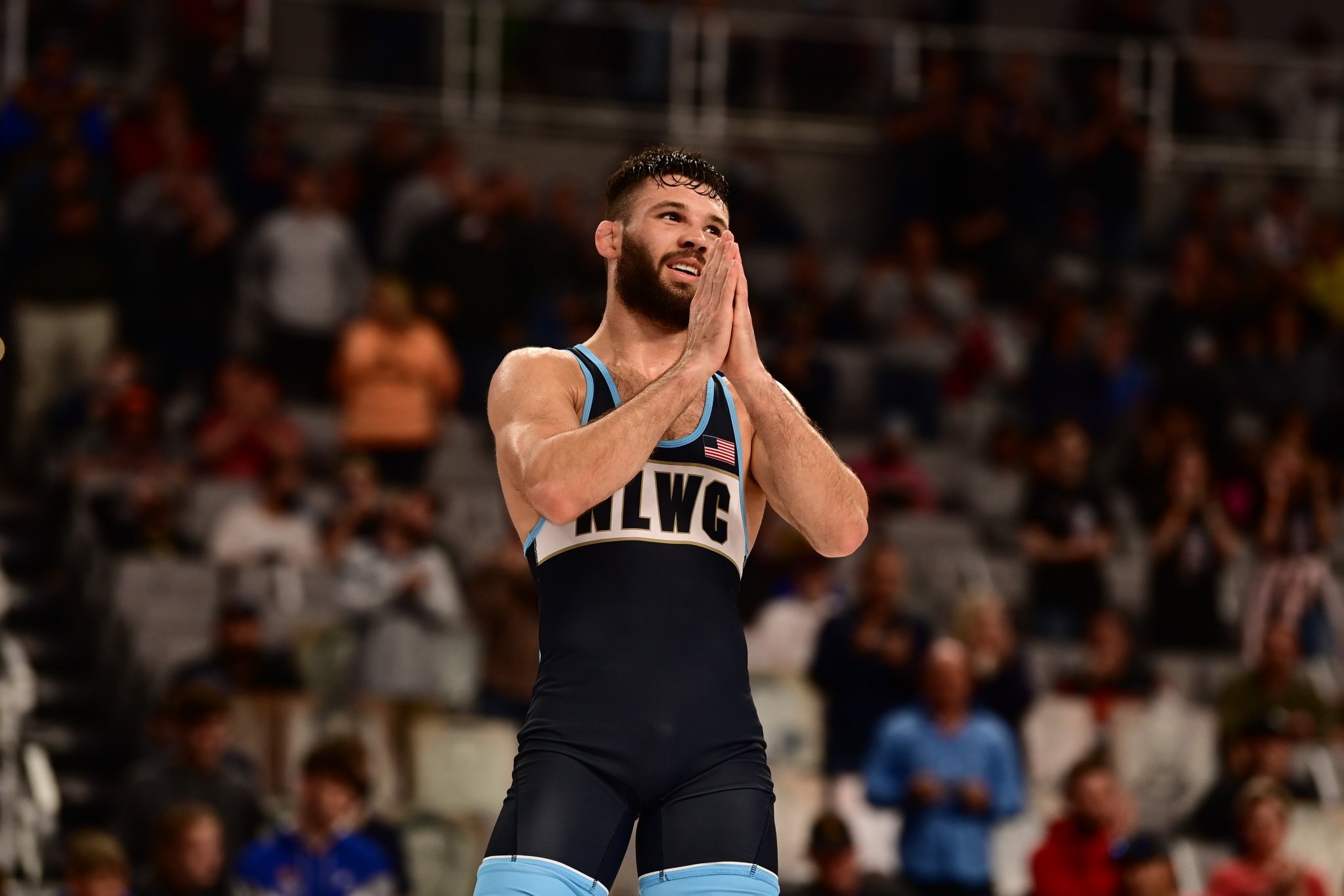 Skutt alumni Thomas Gilman will be making his Olympics debut this evening competing at 57 kilos. You can follow along on the Olympic Channel or on the NBC Sports app. Gilman has a long history in the wrestling world building up to this moment. He comes as decorated as a wrestler can be from his time at Skutt to Iowa to Senior level competition.

Gilman attended Skutt Catholic from 2009-2012 where he won four titles for the Skyhawks. He was The 24th wrestler from the state of Nebraska to become a four time state champion. He won the title as a freshman at 103 pounds. That following summer he won the NHSCA national title. He also finished third at Fargo in Cadet Freestyle. As a sophomore Gilman won his second state title at 112 pounds. The following summer he became Nebraska’s first Cadet Freestyle champion since Matt Vacanti won it in 2004. Junior year, Gilman won his third state championship at 119 pounds. That summer, Gilman won his second Fargo freestyle title, this time in the junior division. As a senior, Gilman went on to win his fourth title at 132 pounds and he signed with one of the most storied collegiate wrestling programs in the country, University of Iowa.

Gilman had a strong career for the Hawkeyes that had many highlights. He redshirted his first season and split time on the varsity lineup as a redshirt freshman. He went 4-1 in Big Ten duals. It would be his only Big Ten dual loss of his career. As a sophomore Gilman spent his first season as a fulltime starter going 31-6 and finishing runner up in the Big Ten. He got his first All American sophomore year when he finished fourth. Junior season, Gilman went 28-2 that including a 15-0 mark in duals. He finished runner up at the NCAA Championships earning his second All American honor. As a senior, Gilman went undefeated during the season and won the Big Ten. He was on a role but lost in the NCAA Championship for a second year in a row. Gilman finished his career with 107-12 record including an impressive 31-1 in Big Ten duals.

It was time for Gilman to move on to senior level competition and he started it with a bang. Gilman made his first world team in his first year of competing at the senior level. He went on a fifteen match win streak before falling in the world championship to Yuki Takahashi from Japan and brought home a World Silver Medal. In 2018 Gilman again made the world team finishing in fifth overall. In 2019 Gilman was defeated by Daton Fix at world team trials and did not make the world team. Gilman bounced back in a big way in 2020. He started the year by winning the Metteo Pelicone Invite. Later in the year Gilman won the Pan Am Olympic Qualifier to qualify the USA for 57KG in the Olympics. Then Covid happened and it stopped everything. During Covid,  Gilman made a huge change by switching to Nittany Lion Wrestling Club. It was a big move that benefitted Gilman. At the US Olympic Trials in 2021, he entered the tournament as the top seed and ran the course on the way to being the U.S. representative. In the best of three finals Gilman defeated Vito Arajau by fall in the first match and by criteria in the second match.

Gilman has left a lasting impressing on his former Skutt coaches. Chas Devetter talks about when Gilman first got to Skutt saying “His freshman year when he got here, he was barely 100 pounds. He constantly drilled with kids 20-30 pounds heavier than him who were multiple time state champions. Then practice would get done and he would come wrestle us coaches and he was always wanting to get better and keep improving. He worked with Mitch Waite a lot and Waite had a huge impact on him. A lot of guys say they want to be a four timer or a national champion or Olympian. Thomas had a conviction about it, he said it and he meant it. He is one of the hardest workers I ever seen. He is so mentally tough. He has a strong self-belief and confidence. If I was to go to war with someone it would be Thomas. He doesn’t ever give up, he will never lose because of lack of effort or fight.”

Brad Hildebrandt added “Thomas’s ability to lock in has just been different than any other wrestler I have coached. He has such tremendous focus. His ability to put the blinders on and deal with the task at hand is different. Thomas came started working out with us in sixth grade and you could see the way he carried himself was at such a high standard. We went to a team camp in Colorado Springs that sixth grade year and we had a coach giving us a speech and when he got done, he asked if there was any questions. Thomas stood up and said how do I get here? I want to be here. It was different to see such a young man have those goals and really lock into them at such a young age.”

As far as what Gilman needs to do to medal, Devetter believes “there are a lot of good guys, if he goes out there and lets it fly and just wrestles, I think he will be in a good spot. Thomas will be physical and control center of the mat. I think instead of wrestling tight he just needs to go let it rip. He seems like he is in good head space.” A lot of that could be in part to the change to NLWC. One thing many people notice when comparing NLWC to HWC is how much more free and fun wrestlers at NLWC seem to have. They wrestle with a different passion for the sport. Another big thing that will help Gilman was his time he spent in Russia training. It was well documented in Flowrestling’s documentary on Gilman. Gilman has been a different wrestler since coming back from that and could help propel him to another world level medal.

Hildebrandt talked about the switch to NLWC saying “Thomas is a student of the sport. He absorbs everything on and off the mat. He is so dominant at freestyle. We knew it when he was at Skutt, he couldn’t just be one place. He needs to go and learn from different coaches and different challenges. NLWC allows him to be himself and go out and challenge himself in different ways. He is such a loyal kid and he is so appreciative of every coach along his path and he stays in close communication with that circle because he knows what they have done for him”