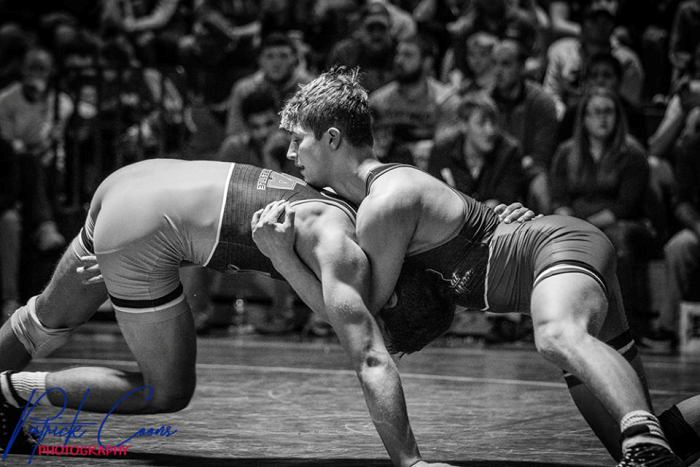 Many former Nebraska wrestlers competed this first full week of February. Most of the wrestlers were in dual action but there was a few tournaments around the country. The week was highlighted by Billy Higgins, Doyle Trout, and Isaac O’Dell.

We will start with a great story. Doyle Trout from Centennial competed in his second career dual as part of the varsity squad for Wyoming. On Thursday, the 125 pound wrestler picked up his first career dual win. He won 6-3 over Josh Jensen from Utah Valley.

Thursday also saw Isaac O’Dell win his conference championship at 184 pounds. Isaac competes for Wheaton College, which is in the CCIW (College Conference of Illinois and Wisconsin.) Isaac went 3-0 with a fall, and two decisions. He won the championship 1-0 over Cody Baldridge of North Central College. Isaac competed for Lincoln East in his high school years.

On Sunday, Billy Higgins from Northern Colorado competed in the Rocky Mountain Collegiate Open. The Skutt Catholic grad went 4-0 with a major decision and three decision. He defeated Tate Allison from Chadron State in the 165 pound final.

There were more wrestlers from Nebraska who competed in the RMC open.

The following wrestlers picked up dual wins this week.