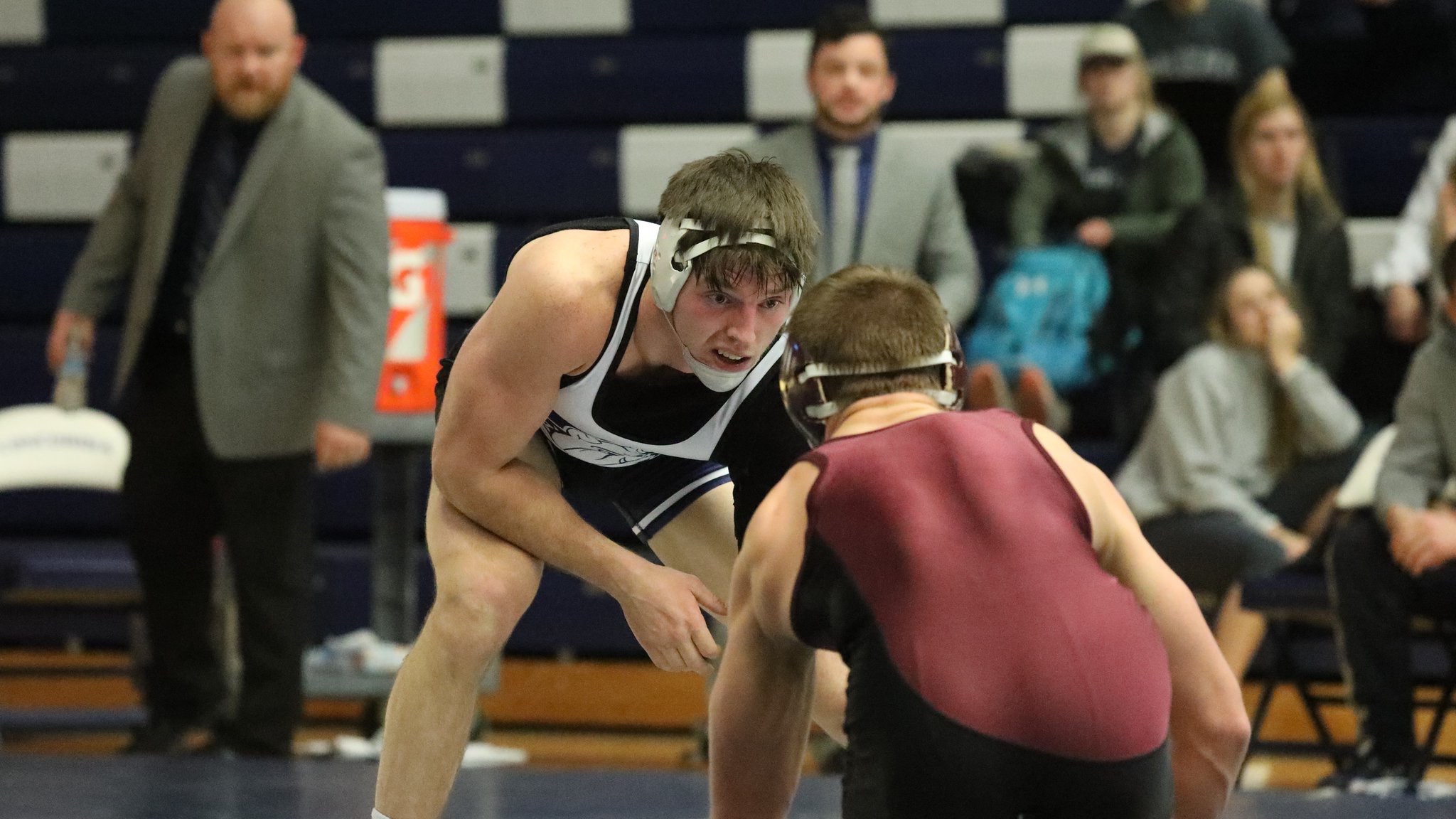 On Saturday four local schools competed at the Great Plains Athletics Conference Championships in Orange City, Iowa. Morningside came away with the conference title. Leading the Nebraska colleges was Midland University in Fremont, finishing in third with 122.5 points. Narrowly coming in fourth was Concordia University in Seward with 121.5 points. Doane Finished the day in seventh with 34 points and Hastings finished eighth with 27.5 points.

Midland had eight wrestlers place with five moving on to Nationals. Midland was paced by first place finishes from Julian Gayton, David Berg, and Dominque Evans. Gayton went 3-0 with a decision, major decision, and an 4-3 decision in the finals over D’earion Stokes from Briar Cliff. Berg a Senior from West Point-Beemer went 4-0. He pinned his way to finals. Berg won the final by medical forfeit over teammate Tristian Zamilpa. Both wrestlers will advance to nationals. Evans went 4-0 with all four of his wins by bonus points. The Senior picked up two major decisions, a tech fall, and a pin on his way to the championship. He defeated Kyle Fowler from Morningside 13-4 to wrap up his championship run.

Midland also had a national qualifier at 165 in Senior Stephon Gray. The other wrestlers to place were 174 pound Freshman Joseph Rodriguez. He finished in fifth. 285 pound Freshman Alton Johnson finished his day in sixth. Seward native Tristian Snover finished in sixth at 149 pounds.

Doane and Hastings each had two placers Saturday. Doane did have one wrestler advance to nationals. Junior Zach Linton finished in first place for the Tigers at 184 pounds. Sophomore Perry Baltz finished in fourth at 197. For Hastings, Sophomore Jake Abeyta finished sixth. Junior Teygan Smith finished in fifth for the Broncos.

York College hosted the Kansas Collegiate Conference Championships. The Panthers were lead by sophomore Pierce Mederios. Pierce was the only National Qualifier for York. He finished in first at 125, pinning his way to the championship match. In the final Mederios won by decision over Noah Martinez from Ottawa University 7-3. Freshman Harley Williamson also competed at 125 and finished third. Senior Justin Dyer finished in fifth at 157 for the Panthers. Senior Noah Manly and Freshman Cooper Williams rounded our the place winners for York. Each of the wrestlers finished in sixth place

The NAIA National Championships will take place on March first and second in Des Moines, Iowa.