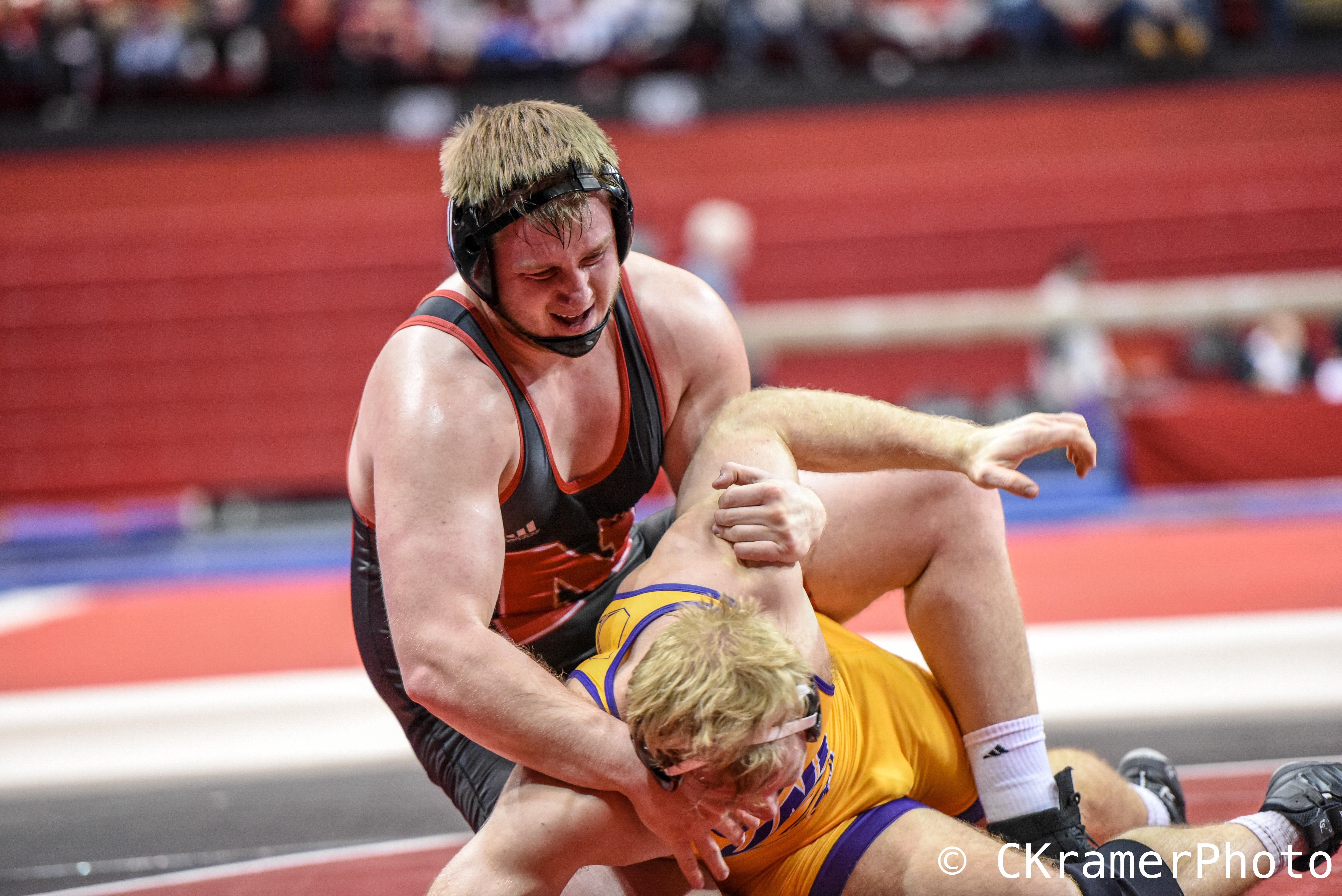 Nebraska will look to get back on the winning track on Friday night. The #6 Huskers take on the #7 Minnesota Gophers at 7:00PM at Devaney Sports Complex. Nebraska is coming off a 20-14 loss Sunday at the hands of #5 Iowa. After getting off to an early lead, Iowa won four out of the last five matches to head back to Iowa City with the win. Minnesota is coming off a win against Purdue and looking to push their win streak to five straight.

Starting out at 125 pounds Nebraska will be sending out #14 Zeke Moisey to wrestle against #6 Sean Russell. It has been a little bit of a roller coaster year for Moisey and that continued Sunday as he went down 18-4 against defending National Champion Spencer Lee.

133 pounds Minnesota will be sending out defending All-American Ethan Lizak against most likely Javon Parish. Nebraska pulled Parrishs’ redshirt midway through the season and it has not been an easy road as 133 is arguably the toughest weight class in the country. The other possibilities for Nebraska at 133 are Brian Peska, a native of Omaha Skutt and Tucker Sjomeling. 141 will be the first of what I believe are two swing matches.

CJ Red snuck back into the rankings this week at #20. Sunday he was able to sneak out a 4-1 Decision over Vince Turk. Red was an All-American last season as a Freshman and will look to put some consistency together against #9 Mitch McKee.

The other of swing match I believe will be at 149 pounds. Minnesota will send out #17 Thommy Thorn. Thorn started out the season at #5 and has fallen. For Nebraska we should see Jordan Shearer. The freshman has been wrestling very tough this season, and has been very close to pulling off upsets as of late.  He lost 7-4 to #12 Brady Berge from Penn State and 8-4 to #16 Pat Lugo from Iowa in a match much closer than the score indicates. There is a possibility Nebraska could also send out Zemua Babtista, a native of Friend, Nebraska or Collin Purinton as both have also seen time at 149.

At 157 will be the first of two top 10 matches.  #2 Tyler Berger is coming of an emotional 3-1 overtime win Saturday against #7 Kaleb Young. Things won’t get much easier this week as life goes in the Big Ten. Minnesota will be sending out #10 Steve Bleise.

At 165 #6 Isaiah White is coming off a tough 3-0 loss to #2 Alex Marinelli. Friday he will most likely be going up against Carson Brolsma. White will be looking to pick up some bonus points.

#9 Mikey Labriola has been rolling at 174 pounds. That continued Sunday as he won 14-4 over Keegan Shaw. Friday he will be going up against a much tougher wrestler in #12 Devin Stratzka.

At 184 Taylor Venz will be looking to get back to his winning ways. After a 5-2 loss to #7 Cash Wilke he fell to #4. Venz should be coming out with his hair fire as he takes on most likely Owen Webster who is also coming off a loss against Purdue.

#11 Eric Shultz is coming off a tough 4-1 loss to #5 Jake Warner on Sunday and will also be coming out on a mission at 197. Shultz has put together a successful Sophomore campaign and will look to get back to that success as he most likely takes on Dylan Anderson who is also coming off a loss to Purdue.

Heavyweight will be the premier match up of the night. The second of the two top ten matches pits #10 David Jensen from Nebraska, who is coming off a huge upset of then #5 Sam Stoll on Sunday. He will have his hands full on Friday as he takes on undefeated #1 Freshman Gable Steveson. It will be a fun dual Friday night and I hope we can pack the house.

Sunday saw 4,300 fans in attendance and Nebraska will need a similar turn out on Friday. It should be fun. Go Big Red.