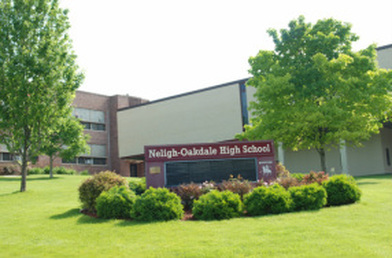 Weeping Water is the current favorite to win the D1 district that features 3 top 10 ranked teams in Class D. Their overall depth is going to play a factor, as they project to land 9 guys on the podium at the district tournament. Elkhorn Valley and Neligh Oakdale will be hot on the heels of Weeping Water, as they are both projected to have 7 qualifiers. Although Burwell projects in fourth, no one should count them out as a good tournament from freshman 170 Alex Gideon and Sophomore 145 Jace Ostrom would put them right in the hunt, and the possibility of Bode Jensen wrestling would give them enough firepower to win the district. While Central Valley doesn’t have the depth to make them a threat to win a district title, they are still likely to be a top five team at districts. Central Valley has 4 guys projected to qualify and all four guys are possible to make noise as the state tournament and come back from Omaha with state medals.

Bennett is the favorite to win the district. Bennett has yet to lose to a wrestler in class D this year. Hansen gets the nod over Dickau based on a head to head win. Kipp is the wild card at this weight, as he only has competed in one tournament at 106, but has two common opponent wins over his teammate Dean Schroder. If Kipp enters at 113, Schroder should slide into the 4thspot.

Wilkinson is the favorite to win the district over teammate Kester. Wilkinson also has head to head win over Oakley. Oakley and Dawe have split matches this season, so it’s a coin flip for 2ndand 3rd.  Oakley has beat Hadwiger 4 times this year. Something to watch when entries roll in, is to see if Neligh puts both Wilkinson and Kester in at 113. If that happens Kester will probably finish as the district runner up. That would bump Oakley and Dawe down a spot and possibly cause Hadwiger to miss the State Tournament.

Miller and Wood have had split matches this season, and both ended in sudden victory. It’s a coin flip for the top spot. Wood has beat Phillipps head to head, and Phillipps has a head to head win over Meeks.

Blevins and Gideon have both dropped to 126 after starting out at 138 and 132 respectively. That makes them the favorites to land in the top two spots. Blevins has quality wins all over the board, which gives him the nod. Lampman just dropped to 126 this past weekend and should be right in the mix with Blevins and Gideon for the top spot. Smith with have to hold off Chase Pawloski of Pleasanton for the final spot. Smith does currently have a common opponent win over Pawloski.

Pawloski is back from a summer injury and has looked nothing but dominant. He pinned Herley last weekend at the Neligh-Oakdale invite. Herley has a head to head win over Pokorny. Groleau of weeping water would be the favorite for the fourth spot after Lampman dropped to 126 this past weekend.

Vondra has put together an impressive season and will look to add to that by winning the district title. Clouse has been out since Christmas with an injury, but should be back within the next two weeks. Williams and Pozehl is a toss up for the final two spots. Also, don’t count out Jace Ostrom of Burwell.

Coons has been solid all season long and right now is the favorite to win the district. Schutz has been out with an injury since the first part of the season, but is set to comeback anytime. We could have seen a Coons/Schutz match last week at the South Loup invite had it not been canceled. Teammates Kirchmayr and Burch could possibly fill the final two spots. Kirchmayr has a head to head win over Burch.

McFarland should win this district. After him, it’s fairly close. Macke has beat Slaymaker head to head. Slaymaker has beat Jones head to head. Also look for Connor Dempsy of Neligh-Oakdale to be in the mix for a spot on the medal podium. If Mcfarland would go up to 170, Mitchell Peterson of Elkhorn Valley would slide down to 160 and become the immediate favorite. We could see Peterson at 160 regardless of what McFarland does.

Hausserman has a head to head win over Pofahl. Pofahl has a head to head win over Peterson.  Clark and Alex Gideon of Burwell are a toss up for the final spot. One major thing looming at this weight is the status of Bode Jensen of Burwell. He has yet to wrestle this year due to injury but rumors have it that he is getting close to competing and would be at 170. If Jensen does compete, he would be the favorite to win this district and has a legitimate shot of climbing to the top of the podium at the state tournament.

Dawe and Mozena have both had great seasons and should be on a crash course to meet in the finals. Dawe would be the favorite to win that match. Mozena has a common opponent win over Schaecher and a head to head win over Arehart. Schaecher currently holds a 2-1 head to head record over Snider. Another name to keep an eye on at this weight is Jayden Arehart of Neligh Oakdale. He beat Snider early in the season but has since beat him twice.

Nolze and Beaver are truly a coin flip for the top spot. Beaver has a common opponent win over Baier. Baier has beat Klabenes head to head.