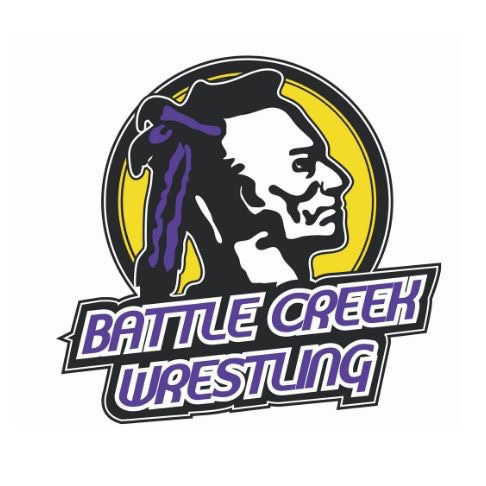 Tournament host #4 Battle Creek is the favorite to win the C1 district. They appear to be the only team with a full lineup in the field. The Braves are also notoriously tough to beat on their home turf, as they won their home invitational for the 11th straight year a few weeks ago.

Other top ten teams include #8 Malcolm and #10 Oakland-Craig. Both have some open weights in their respective lineups but should still be able to amass enough points to be towards the top. Oakland-Craig has scored 160 points in back to back tournaments with a shorthanded lineup so if they’re at full strength they should be in line to finish as the runner-up. St. Paul nearly has a full lineup which should help them keep pace with the top teams even if they don’t get as many qualifiers. If Bishop Neumann has a good tournament, they could be a top five team as well. Centennial has been bitten by the injury bug this year after starting the year in the top ten. They lost returning qualifier Cast before the season and formerly ranked 285 Bender started the year 9-0 before having season ending surgery.

This district has 18 ranked wrestlers and many other potential medalists.

TEAM RACE UPDATE: Without Smith in the lineup for Oakland-Craig at 113 and a weight change at 145 making that weight tougher to qualify out of that should really tighten up the race for second place. Malcolm has the second most projected qualifiers, but don’t have many other wrestlers in the lineup so look for St. Paul to make a run at the runner-up spot due to their overall depth. Oakland-Craig has several wrestlers right on the edge of qualifying so if those wrestlers can push through they still have a great chance at finishing second.

106:
The formerly ranked Wyatt Schoepf has had a solid season this year and as it stands appears to be the top seed. Schoepf has common opponent criteria advantage for seeding over potential 2nd seed Arlt. The two have been at a few of the same tournaments but haven’t met yet this year. After the top two, this weight is pretty open. Brodrick appears to have the only other winning record at the weight and Urlacher is the only other seedable wrestler with a .500 record.

113:
Alex Smith hasn’t had a ton of mat time this season, but he’s been very solid when competing and should be in contention for state medal. He is a solid bet to come out on top in the district. Smith and Hudson have beaten Brown. If he can return to last season’s form, he may find himself in the district finals. Battle Creek’s Reeves throws a wrench into this weight a bit with a win over Hudson. If he can maintain a record better than .500, he may be the 2nd seed. Brown has common opponent over Robles from Winnebago. Returning qualifier Turman has missed most of the season up to this point. He wrestled last weekend, but not this weekend. Basically, after Smith it’s going to be a shootout for who qualifies out of this weight.

UPDATE: It appears as if Alex Smith will no longer be participating in the district tournament. Turman didn’t wrestle either. This weight is unbelievably wide open now. Gullickson from Madison is seedable now too. Think everyone listed below is everyone that will be entered at the weight, so game on!

120:
McCracken won 9-2 over Zoucha at the Louisville Invite last week in what could be the district final matchup. Returning medalist Belville looks like a good bet for the third seed. He’s had multiple wins over Berney of St. Paul. Returning qualifier Payne has notched some good wins this season including one over Heath from Minden who beat Belville. However, Berney won a 14-13 match over Payne. Enstrom should not be overlooked either. He has a head to head win over McDonald.

126:
The clear top two at this weight are King and Schernikau. They haven’t met yet this season. Schernikau has the common opponent advantage over King. King has a head to head win over Hochstein. Hochstein beat Saxton head to head. Anderson made the drop to 126 and beat Hochstein this past weekend and looks like the three seed based on that win. Expect a close finals match between Schernikau and King.

132:
Graham has common opponent over two-time medalist Lade and will be the top seed. That should be a pretty fun finals match. Fairbanks and Lopez haven’t met this season. At this point the top four seem pretty clear cut especially with Anderson dropping to 126.

UPDATE: Lade and Graham both have common opponents over each other now and since Lade is the state medalist he will likely take the top seed. Skyler Nelson from St. Paul was overlooked on the first preview and should have a shot at qualifying.

138:
McNeill and Kersten have traded wins against each other this year, making the potential rubber match in the district finals one of the better bouts of the tournament. Kersten has been out the last few weeks so hopefully he will be healthy and able to compete. This whole weight is going to be a barn burner with at least two extremely tough wrestlers being on the outside looking in, barring any weight changes. Zoucha has beaten Reed head to head and Reed has a win over DeVries so for seeding purposes expect a DeVries/Reed quarterfinal as the 4th and 5th seeds. DeVries has common opponent criteria over Williams from Doniphan so Williams looks to be six seed. He could see Zoucha in the quarters. No easy road here for these tough wrestlers. Williams does have a win over Jarosik up at 145 so perhaps he or another wrestler will jump to 145.

UPDATE: Kersten has returned from injury. Reed didn’t wrestle this past weekend. Williams wrestled up at 145 so we’ll move him there.

145:
Hohn recently made the drop to 145 where he’ll be the favorite to win the district. Korth qualified and won a match last year in class B and has been solid all season. Sterup has made the drop to 145 as well and he could be a contender to win the district. Jarosik appears to be the 4-seed and could see a tough Uhing in the quarters in what would be a big match for each wrestler’s qualifying aspirations.

UPDATE: Williams should slot into the 4th seed it looks like if he stays at 145 for districts.

152:
Big weight drop this last weekend with Koch from Hartington making it to 152 from 160. His win over Bloomquist from Randolph would give him the top seed if districts were today since both Heimes and Verzani have lost to Bloomquist. Verzani has since avenged that loss so currently he holds criteria over Heimes. Koch and Heimes could meet on Thursday this week. Smith is a medal contender and will be a tough semifinal opponent for Koch. This is one of the deeper weights in the district with several other solid records. Metzler has a head to head win over Vrana and will have a big quarterfinal matchup against Smith.

UPDATE: Heimes beat Koch in OT tiebreaker 5-2. That match is likely to be a semifinal as Verzani still holds common opponent over Heimes. Koch has a slight percetage edge in record over Smith.

160:
Stewart won a 3-2 match over Jones in the ultimate tiebreaker a few weekends ago and that should put him as the top seed. Both are state medal contenders and the winner of that finals match should position themselves well for a good run at state. Jones has head to head over Maline. Ethan Koch making the drop to 152 means Morgan Koch will come up a weight and may be the third seed based on record. Returning qualifier Eacker didn’t wrestle at Boone Central this weekend but should be in the mix if in the lineup.

170:
Zoucha got the head to head win over Knott two weekends ago, essentially clinching the top see in the process. Rasmussen hasn’t had a ton of mat time this season but has wrestled well while competing. Timmerman based on record looks like the 4th seed at the weight, but it’s possible one of the other wrestlers hovering around .500 could make into the top four.

UPDATE: Zoucha beat Knott for the second time to solidify his top seed.

182:
Fairbanks missed the first part of the season but has been solid since his return. Hawthorne has head to head over Hoesing. Hoesing nearly knocked off D#2 Horejsi last weekend and got a win over previously ranked Booth from Logan View so he’s trending upward toward medal contender status. He has a head to win over Daly from Ponca. Callahan has had a good season for Louisville so far and looks like a tough quarterfinal matchup against Daly. Callahan has a head to head win over Thomas from Winnebago who’s been out since December.

UPDATE: Hoesing beat Hawthorne head to head this week. The two should still meet in the district semifinals. Thomas from Winnebago wrestled up at 195 so he may end up there.

195:
Deinert started the year at 182 and moved up to 195 where he’s only suffered a 3-1 setback to B#1 Kolterman and an OT loss to C#1 Fuchs. He should be in the hunt for a state title in Omaha and is a heavy favorite to be the district champ at this weight. Spitz has quietly put together a very good season for South Central Unified. The only other winning records at 195 are Payne and Klement, so unless someone moves into this weight these will be the top four seeds.

220:
Marx won a close battle over Bauers at High Plains which should get him the top seed. He has bounced back and forth between 195 and 220 so it is possible he opts for the lower weight. Marx and Scheer have both beaten returning qualifier Johnson head to head. Johnson has a win over Logue of Ponca and Bauers has a win over Chohon. Really tough district weight. Whoever makes it to Omaha even in the 4th spot will be a very tough matchup for a district champ from another district. Will anyone from this weight opt up to 285? Chohon wrestled up this this weekend.

285:
Hale beat Gilpin recently in a match he was trailing in. Gilpin could get another crack at Hale in the district finals. Bender from Centennial is out for the season which leaves the door open for freshman Nordmeyer or sophomore McDuffee to qualify. Padrnos and Nordmeyer both were in the same bracket at Boone Central, but didn’t meet.