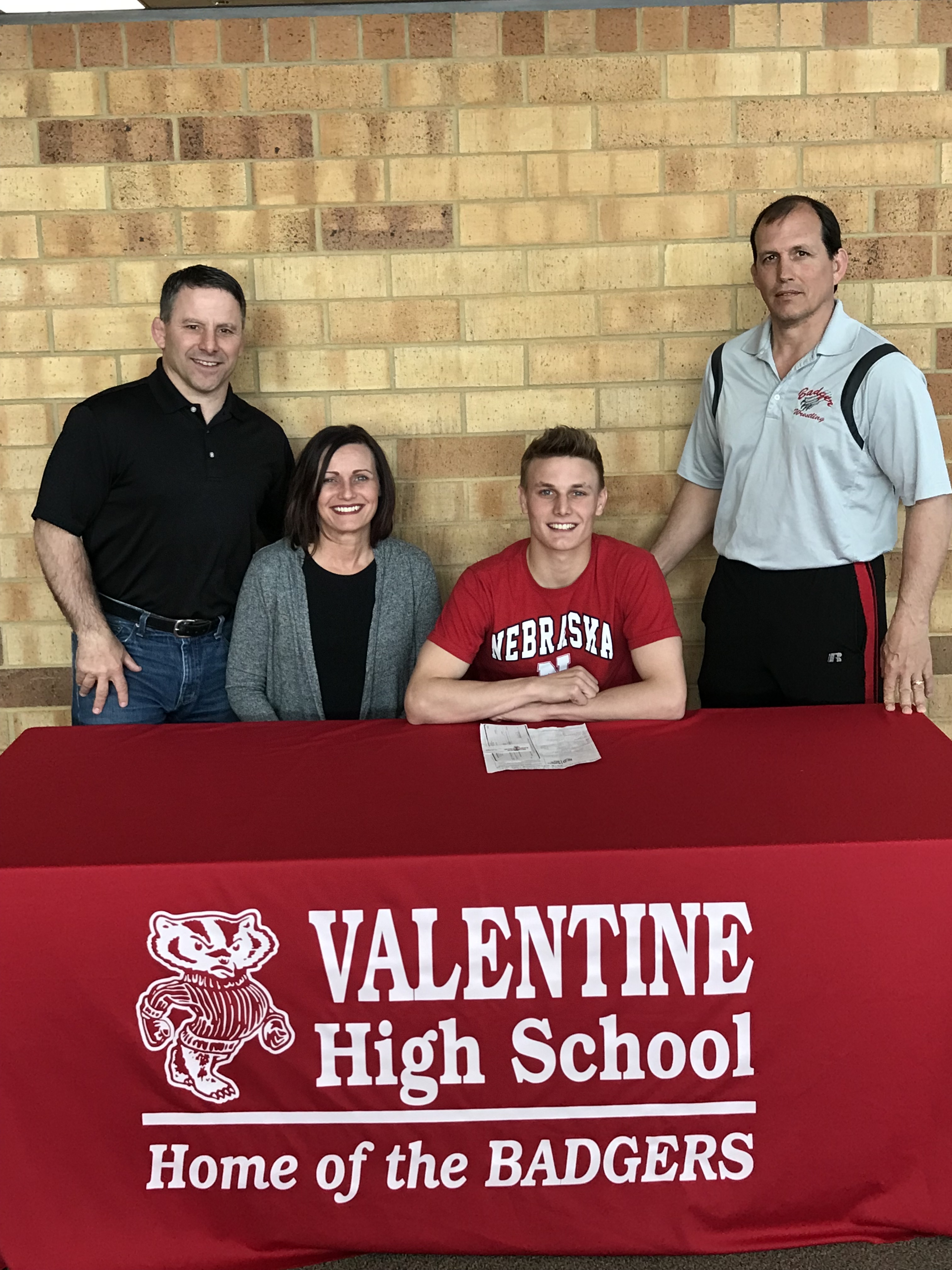 The Husker wrestling program announced via Twitter last week that Valentine three-time state champion Jordan Kelber has signed on with the team. Kelber becomes a second-generation Husker as his father Jason Kelber was a three-time All-American, National Champion, and former assistant coach at Nebraska. Jordan said that his dad’s history at Nebraska “was a major factor and it’s always been a goal of mine to follow up.”

Jordan was a state champion for Valentine as a freshman and finished third his sophomore year before ending his high school career with two more state titles. With Jordan in the lineup the Badgers never finished below third place in both the state tournament and the state duals. They amassed two state team titles and one state dual championship along with a pair of runner-up finishes in both. He was voted Nebraska USA Wrestling’s Class C Wrestler of the Year for the 2017-2018 season.

Outside of wrestling Jordan has been a multi-sport athlete in Valentine since he was young enough to participate. He enjoyed success on the gridiron as the starting quarterback of their playoff football team that reached the state quarterfinals. Once he heads to Lincoln however his focus will solely be on wrestling. “I am looking forward to putting in my first full year of strictly wrestling. I’ve done four sports since I started organized sports.”

In addition to his success in athletics, Valentine head coach Shane Allison noted that “Jordan is an athlete with a tremendous amount of character. He excels in the classroom as well. He is a two time academic All-State recipient. The Huskers are lucky to have this young man.”

When it came to the recruiting process Jordan said that “Nebraska is where I’ve always wanted to go.” He did seriously consider a few others schools, but ultimately decided on becoming a Husker.

Kelber joins a young and hungry Nebraska wrestling team that is fresh off of a top-ten team finish at the NCAA tournament and also returns most of their lineup next year. He will get to train with the likes of World medalist James Green and Olympic and World gold medalist Jordan Burroughs, along with Nebraska’s three returning All-Americans.

Coach Allison is excited about Jordan’s future as a Husker. “Jordan will do great things in Lincoln. He has the mindset and work ethic to excel at the next level. I think when Jordan gets in the Husker room and starts training for wrestling year round he will do amazing things as a Husker”

Look for Kelber to redshirt next season and wrestle 133 for the Huskers in open tournaments.