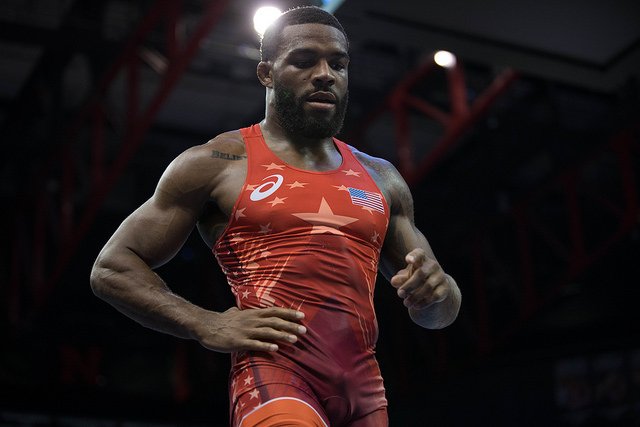 Madrid, Spain – Former Huskers and 2017 USA Wrestling Freestyle World Team members Jordan Burroughs and James Green both went undefeated on the way to gold medals in their respective weight classes on Saturday at the Grand Prix of Spain at the Pabellón Exterior del CSD in Madrid, Spain.

Burroughs dominated the 74 kg/163 lbs weight class, as he did not allow a single point to his opponent in four 10-0 technical falls. The 2012 Olympic Gold Medalist took down three-time Grand Prix of Spain champion Taimuraz Friev of Spain, Nurgaliy Zholayev of Kazakhstan, Seyedali Mousavi of Iran before defeating Jevon Balfour of Canada in the final to win gold.

2015 World bronze medalist James Green was strong in three matches on his way to the 70 kg/154 lbs. gold medal. He began the day with a 12-2 win over Andruse Aimar of Estonia, before pinning Azamat Nurykau of Belarus in the semifinals in 2:04. Green then won 11-0 over Zsombor Gulyas of Hungary to grab the gold.

Both Burroughs and Green will compete at the World Wrestling Championships, which are set for Aug. 21-26 in Paris, France.