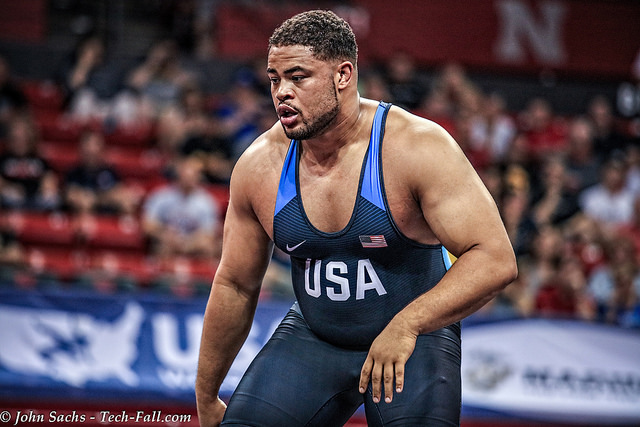 Shortly after a runner-up performance at the U.S. Open, Cyclone Wrestling Club athlete Dom Bradley discussed his future with Takedown Wrestling. Among the programs he is currently considering, Bradley mentioned Nebraska as a potential landing spot now that they have a staff opening.

“Where I am at in my career I need to think about coaching in the future,” Bradley said in the interview with Takedown, “The people that have called me this week has been crazy. I had Olympic champs, World champs, big time programs calling me.”

Bradley mentioned that he has been in talks with Iowa, Northwestern, North Dakota State, Michigan, and South Dakota State, but none of those programs offer the possibility of being able to train and join a major program’s coaching staff

“Nebraska. I called coach (Mark) Manning and I saw they had an opening on the volunteer position. I really hope that kind of works out too. Being around people like James Green and Jordan Burroughs, and coach Bryan Snyder, all those people they have there. How can you not get better?”

The one thing that seems certain is that Bradley intends to move on from Iowa State, as the Cyclones didn’t come up when mentioning his future.

Bradley was a two-time NCAA All-American for the University of Missouri and has made back-to-back U.S. National Teams at 125 kg, taking third and second respectively at the U.S. Trials.

“I like to think of myself as a sponge,” Bradley said at the end of the interview, “Always learning ways to get better.”

The Bradley interview can be found on the latest episode of Takedown TV:

One thought on “Dom Bradley Interested in Nebraska Volunteer Position”