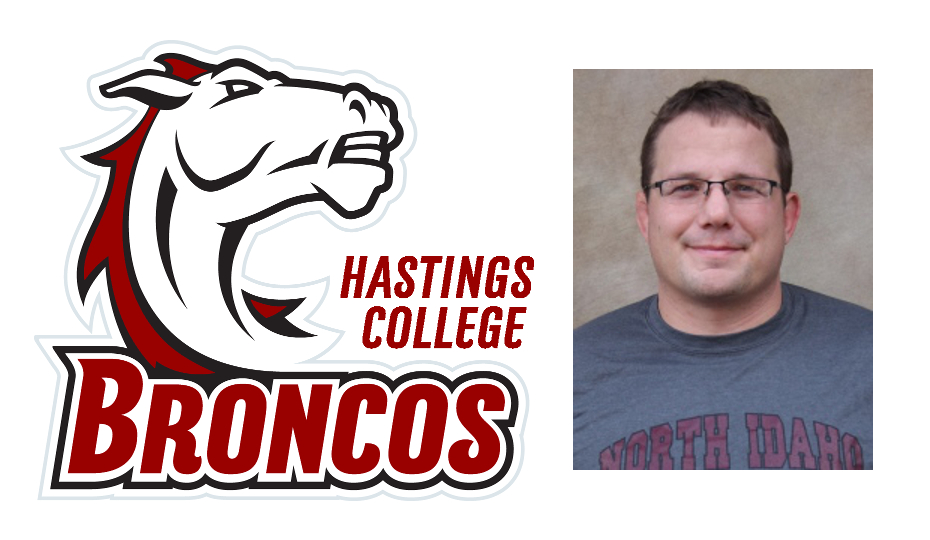 (Hastings, Neb.) – Monroe, Washington-native Tyson Springer has been named Head Coach for the Hastings College Wrestling program. Springer recently finished his second season as Assistant Wrestling Coach of North Idaho Junior College and prior to that spent two years at Doane where he restarted the wrestling program back in 2013.

“Tyson becomes just the third head coach of a program that is making great strides both on the mat and in the classroom,” said Patty Sitorius, the Athletic Director at Hastings College. “He has shown the ability to build a program from scratch as he was able to get the Doane program into the top 20 in its first year back in the 2013-14 season. He brings a mentality that is very similar to former Head Coach Mike Schadwinkel that will help the program continue the climb in building a tradition of excellence for Bronco Wrestling.

“I am honored and privileged to be named as the new head wrestling coach of the Hastings College Broncos,” said Springer. “I cannot thank Athletic Director Sitorius and Hastings College enough for the opportunity to take over a program that has a great foundation to do great things in both the GPAC and the NAIA.”

“I am looking forward to taking over a very talented group of wrestlers while also hoping to keep the current recruiting class intact,” Springer continued. “This is an amazing opportunity for me as I am really looking forward to seeing how far this program can climb in the GPAC and at the national level. I look forward to working with the current and future student-athletes that will represent Hastings College to the highest standard both on the mat, in the classroom and in the community.”

In just two years at Doane, Springer was able to get the program started from the ground up and in its second year, Springer helped provide Doane its first All-American. Coach Springer is also big on community involvement as his program was named NAIA Champions of Character in 2015. The wrestling program helped in the clean up efforts of the Crete community and raising funds to buy school supplies for families in need and delivering those supplies.

Springer was also an outstanding wrestler during his time at Dickinson State. While competing for the Blue Hawks, Springer claimed the NAIA national title at 165 pounds in 2005 and runner-up honors in 2006.

Hastings College is a private, four-year institution located in Hastings, Nebraska, that focuses on student academic and extracurricular achievement. With more than 60 majors and 15 pre-professional programs, Hastings College has been named among “Great Schools, Great Prices” by U.S. News & World Report and a “Best in the Midwest” by The Princeton Review. For more, go to hastings.edu.