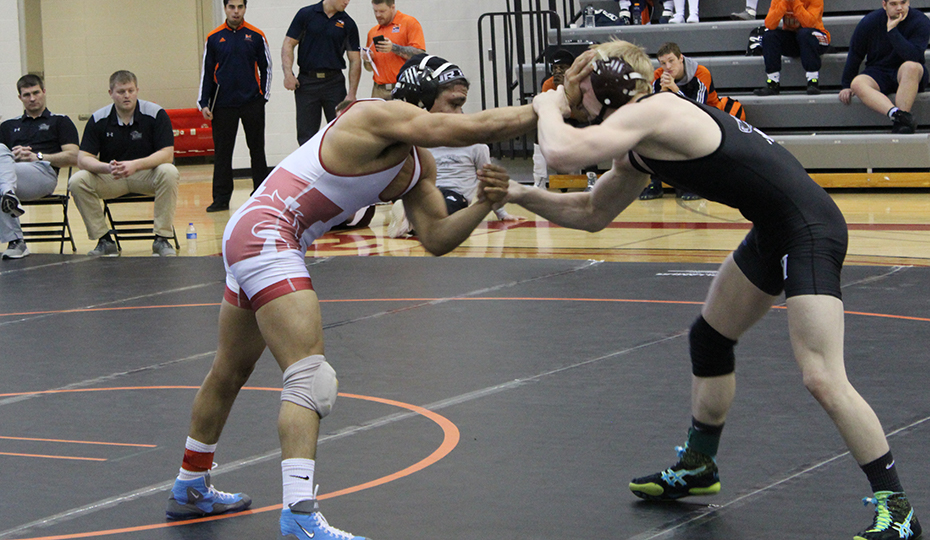 Tyson Springer enters his third season as head coach at Hastings College. After placing in the top 15 his first at Hastings he has been working on rebuilding the team. This year he has a team with depth. It is one of the biggest areas he has been working on and been trying to improve each season. “We want to get to the point where we reload, not rebuild. When you consistently get everyone returning, it makes building a program so much easier. It really helps us build for the future” said Springer. Hastings has a great mix of older and younger guys. They have 18 wrestlers who are redshirt junior or older.

Among the upperclassman is Junior, Jake Abeyta, who last year battled injuries for most of the second semester, but was able to return for regional’s where he finished in sixth. Taygan Smith, a senior from Amarillo, Texas will also be returning. Smith finished in fifth place at regional’s. Smith and Abeyta are two guys Coach Hunter has said really picked up their game. “The thing for Taygen, he has not had a whole lot of guys around his weight to push him. This year we have brought in some transfers and juco guys that are around his weight and are really pushing him. He has really showed more of a sense of urgency and has been really getting after it. Jake has always had the drive to get where ever he wants. He is a big 133, just needs to stay healthy.” Being able to have them as leaders in the room can really benefit everyone.

On the other side, Springer has brought in a lot of younger guys that will surly help with depth and building towards the future. Some of the newcomers really making a big impact are; Freshman Kavika Aholelei from California. Freshman Edrich Nortje, a South African world team member. Junior College transfer, Tommy Stevenson. Another transfer, Hasaan Hawthorne has also been a really helpful addition. When asked about some of the Freshman who have been transitioning really well, Springer said “Kavika, Edrich, Parker Hardy, who is a tall guy who really knows how to use his length to his advantage, and Wyatt Hotz. Hotz is one mean son of a gun. He is tough and physical, he has great hand control, once he gets his hands on you its tough to get loose.” Add in the transfers and incoming freshman it is a room really coming together. It is a good mix at all levels.

Starting in 2020, the room is going to fill up a whole lot more. Hastings College announced the addition of a woman’s wrestling program. It is something that Springer has really been advocating for. “We got some proposals together last year. We have a really good facility that can hold them and it already has a woman’s locker room. I had some talks with the president in the past about adding the woman’s program, then this year we got a new Athletic Director and when we brought the proposal to him, he was all about it, and things set in to motion.” It is something that will really boost Hastings athletics programs.

Hastings will have wrestle offs on October 30th to set the lineup,