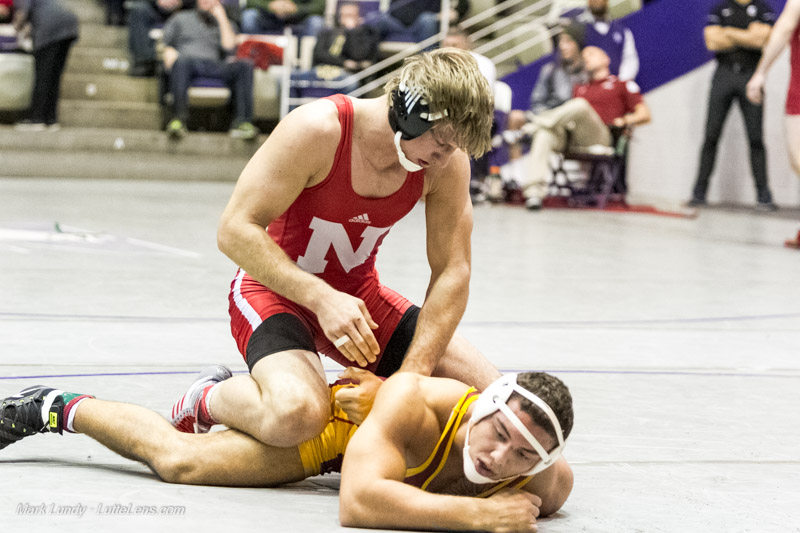 Five of the twenty Midlands finalists will come from the University of Nebraska. Iowa has the next most finalists with three including head to head matchups with Lambert and Gilman (125) and Berger and Kemerer (157) squaring off in their respective finals. The Huskers trail the Hawkeyes by 12 points heading into the finals.

Note: At 141, Chad Red doesn’t score team points as he is competing unattached and is currently redshirting.

Midlands Finals Notes:
125 – Lambert vs Thomas Gilman (Iowa)
These two have wrestled many times in their college careers with Gilman winning all of the matches.

133 – Montoya vs Zane Richards (Illinois)
Richards won the last two meetings with Montoya with a 9-7 win at the NWCA All-Star Classic, and a 5-1 win at the 2016 Big Ten Conference Tournament.

157 – Berger vs Michael Kemerer (Iowa)
Kemerer is ranked 4th by FloWrestling and Berger is ranked 5th. Both are young stars who like to put points on the board.

184 – Dudley vs Jack Dechow (Old Dominion
This will be the first meeting in two seasons as they did not face each other last year. Dechow finished 4th at the 2014 NCAA tournament.

197 – Studebaker vs Nate Rotert (South Dakota State)
Rotert won the last meeting between these two (3-1 in sudden victory) early this season at the Daktronics Open.

After losing a close match to #1 seeded Kolodzik, Red won 7-5 over Rohlfing of CSU Bakersfield and will face returning All-American and four-time undefeated New Jersey State Champion Anthony Ashnault of Rutgers for third place at 141. Micah Barnes lost by fall in his first consolation match after losing in the quarterfinals. It appears that Jensen will finish 5th at 285 as his opponent Medberry of Wisconsin medical forfeited in his last two matches.