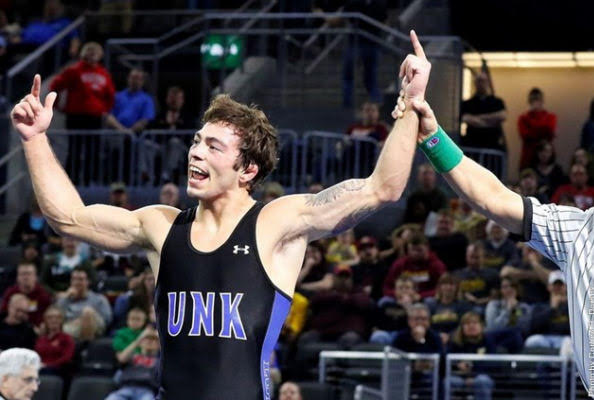 Destin McCauley has moved up to 157 after adding approximately 12 pounds of lean muscle to his frame since his NCAA title run at 149 last March. “Destin was dedicated to the weight room in the spring and summer. Our lineup becomes even tougher with him at 157,” said head coach Dalton Jensen.

The Lopers will also stand behind two-time All-American Keith Surber and returning All-American Calvin Ochs in the 2016-17 season. The Loper staff believes that both can compete for NCAA titles this year.

In order to improve on their 3rd place finish at the 2016 NCAA tournament, the Lopers will need a handful of other major contributors. Zach Stodden, Bryce Shoemaker, Alex Cisneros, and whoever emerges at 125 can be the difference makers.

Stodden was one match away from being an NCAA qualifier, and beat multiple All-Americans throughout the season. “Zach was the hardest worker over the summer, and we believe he can right in the at 184,” commented Jensen.

Shoemaker was the 2015 NAIA National Champion at 133 and redshirted for the Lopers last season. “Bryce has been on the big stage and knows how to win at a high level” added Jensen.

Cisneros was a three-time state champion and four-time state finalist in California and was a top 10 national recruit coming out of high school. He is transferring from Cornell University, and will join the squad at 165 for the spring semester.

Either Wesley Dawkins or Vladyslav Kazakov will man the 125 spot. With both being true freshmen, it will likely come down to who can best adapt to the grind of competing and maintaining weight at the college level.

The deepest weight for the Lopers is 285 by a landslide, as there are four wrestlers who could emerge as the starter in March. Kevin Barrett was a 2012 All-American for UNK and is the favorite, but Jarrod Hinrichs, Brady Radik and Aaron Griffiths will be nipping at his heels. Radik moves up from 197 where he backed up three-time NCAA Champion Romero Cotton.

165: Richie Miranda, then potentially Alex Cisneros for the spring semester