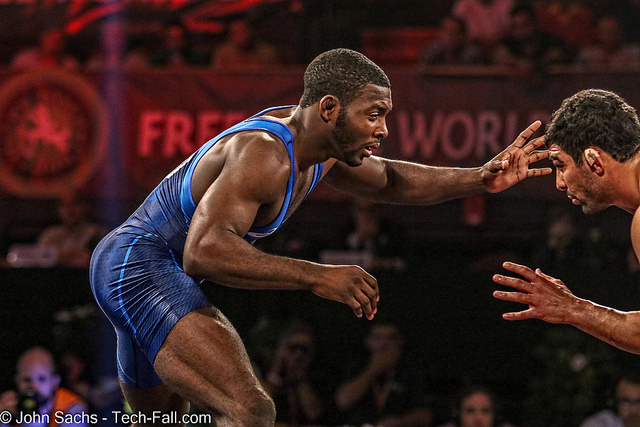 In May Wrestling’s governing body United World Wrestling announced that the Non-Olympic weights would still have a World Championships held December 8-9th in Budapest, Hungary. The six weights contested would be 61kg and 70kg (Men’s freestyle), 55kg and 60kg (Women’s freestyle), and 71kg and 80kg (Greco-Roman). USA Wrestling later announced that Non-Olympic Weights Team Trials would take place this November at the Bill Farrell International.

The big news coming out of the procedures is that former Nebraska Cornhusker James Green will receive an automatic berth to the best-of-three finals wrestle-off for the 70kg spot at the Trials.

As is normally the case, USA Wrestling will be utilizing their procedure that any returning World medalist will get the automatic berth to the finals. Green, who picked up a bronze medal for Team USA at the 2015 World Championships in Las Vegas fits that criteria and needs to only win two matches to return to the World Team.

This past spring Green did cut down in attempt to make the Olympic Team at 65kg, prior to UWW’s Non-Olympic World’s announcement. Green was 0-2 at the Trials suffering losses to Zain Retherford and BJ Futrell after entering the tournament as the fourth seed. Green was able to rebound a couple months later at the World Cup moving back to 70kg where he was 4-0 for Team USA taking out three of UWW’s top 20 ranked wrestlers along the way.

For those interested in reading the procedures for themselves may do so at this link.