Jordan Burroughs has high school gym named in his honor 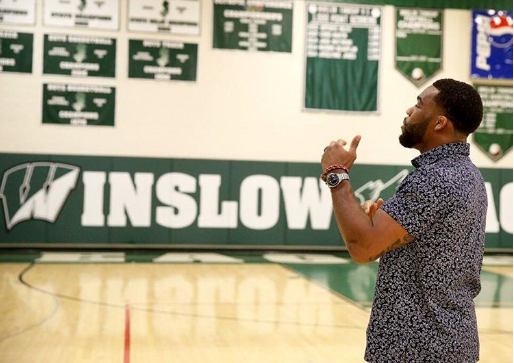 Former University of Nebraska standout Jordan Burroughs had a high school gymnasium named in his honor, with the ceremony taking place this past weekend. Burroughs was a three-time district champion and 2006 state champion for Winslow Township High School in New Jersey.

Burroughs would go on to win a high school national title before enrolling at Nebraska where he would win three Big 12 conference championship titles as well as the 2009 and 2011 NCAA titles. He would later make an even bigger splash on the International level by winning three straight World and Olympic titles between 2011 and 2013. After a bronze medal performance in 2014, Burroughs returned to the top of the podium in 2015 with a gold medal performance at the World Championships in Las Vegas.

Below are some of Burrough’s social media posts from the weekend.