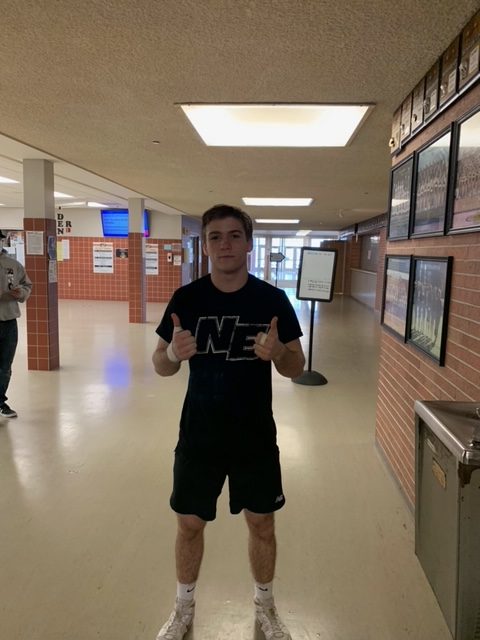 Papillion LaVista senior, Nick Hamilton has made his college decision. The two-time State Champion chose between Cornell and Virginia on Thursday, with him choosing Virginia. He is the second Nebraska wrestler in the 2022 class to head to the Cavaliers.

Hamilton Enters his senior season with 148-3 record. As a freshman, Nick was state runner up for Underwood High School in Iowa finishing with a 50-3 record at 138 pounds. As a sophomore, he finished unblemished going 55-0 winning his first state title at 145 pounds. Hamilton transferred to Papillion LaVista before his Junior season. During his junior season, he went 43-0, winning all but one match by bonus points on his way to the Class A 152 pound title. Nick enters his senior season as the top ranked 160 pounder in Class A and comes in at #5 in the NEWrestle Super Sixty.

Hamilton also has an accomplished career in Freestyle and Greco wrestling for MWC Academy. In 2019, He finished fifth in Cadet Freestyle and fourth in Cadet Greco. This past summer, Nick won Junior Greco at 152 pounds at Fargo, taking home his first National Title.

Nick said his decision came down to Cornell and Virginia. In the end he chose Virginia because “They have really helped me and showed how much they cared by doing everything they could to get me into Virginia and I am super thankful to be heading there” he said. Hamilton plans on pursue a degree in Business or Finance mentioning Virginia having one of the top Business programs in the country.

Nick will be joining Bellevue East senior, Garrett Grice at Virginia. Nick talked about it saying “Garrett and I are super close. I have known him for a long time and we are like brothers. This past year we went through similar situations and our bond has only grown stronger.”

Hamilton had a difficult summer losing his father, he has been so thankful to the wrestling community rallying around him saying “I am so appreciative of everyone who has reached out and offered support. I try and show how thankful I am all the time. Its hard to express how thankful and appreciative I am. All the kindness shown to me has been insane.”

As far as wrestling goes, Nick is one of the best hand fighters to come out of the state in a long time. He is aggressive and physical with his wrestling. He said there is a few things he would like to work on heading into college though, “I just need to slow down. I got to work on my small mistakes. I can get ahead of my self at times and it creates a few positions where I get out of place.”

Nick is thankful to all of his coaches saying “Every coach along the way has been so helpful and supportive. I can’t thank Coach Curry, Zac, Dane, Reino, Ivanov and Massey and everyone involved with my wrestling enough.” He can fully lock in on his senior season with Papillion LaVista and MWC now that he has made his decision and cant wait to get back on the mat.