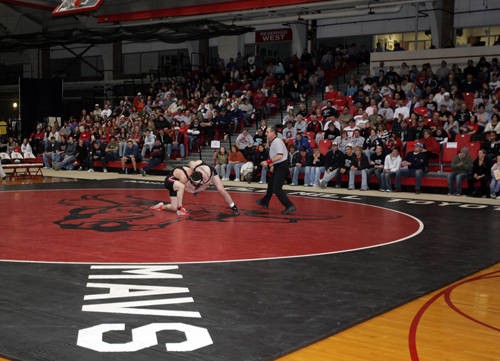 Wrestling is finding it’s way back to the UNO Campus over ten years after the school’s most successful athletic program was unceremoniously dropped the night they won their third consecutive National Title.

First, on November 21st, the Team Jack Foundation will be holding a Takedown the Tumor National Tournament. Nebraska USA Wrestling is helping support the event. Information on that for wrestlers 14 and under can be found HERE.

In January the 2022 Metro Conference Championships will held at Sapp Fieldhouse as well. The Boys Dual portion of the event will be held on Friday January 14th, and the Boys and Girls Tournaments will be held on Saturday the 15th. The Boys Metro Conference accounts for over half of Class A and will have fantastic individual matchups in every weight.

The Metro Conference Tournament was last held in 2020 at the Ralston Arena. That event was won by Millard South.

One thing you won’t see will be UNO wrestling mats, but we can hope that this is a step in a positive direction.