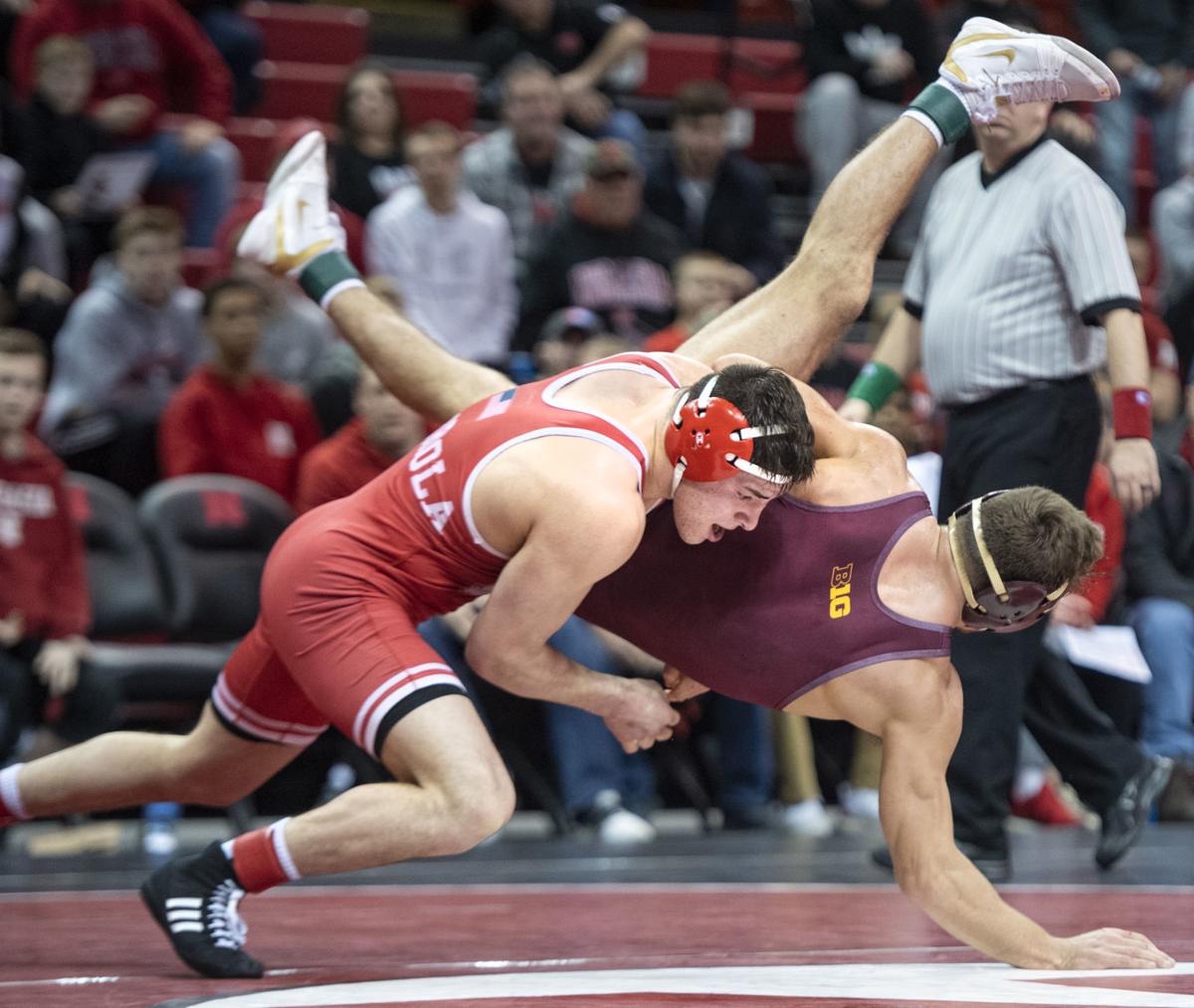 At last, we have Husker wrestling. Not only do we get a season, but we get to do so with a stacked lineup, and we get to open things up against Big Ten Competition as the Gable Steveson-led Minnesota Gophers head to town. Spectators will not be permitted, but this will undoubtedly be the best thing on tv Friday night. You can watch on BTN at 8PM.

Action will get started at 125, where the Indiana transfer, Liam Cronin, and his #7 Big Ten ranking will square off against #10 Big Ten ranked Pat McKee. Judging by mutual opponents from last season, Cronin appears to have the edge in this matchup.

At 133, expect to see a larger Alex Thomsen as he moves up from wrestling at 125 last season.  Thomsen comes in with a #11 Big Ten ranking and will have his hands full with Minnesota’s #8 Big Ten ranked Boo Dryden.  If the Gophers send out sophomore, Jake Gliva, then the edge would go to Thomsen as he went 2-0 against Gliva last season.

Whichever way the Husker coaching staff goes at 141 should fare well on the scoreboard.  #7 Chad Red is electric and the new and improved Ridge Lovett is dangerous from any position.  Minnesota will send out a redshirt freshman, Marcos Polanco, who will have his work cut out for him.

At 149, the excitement should really start to grow.  Kevon Davenport has the #10 Big Ten ranking and Brock Hardy appears ready to welcome all takers as well.  Minnesota will look to Big Ten ranked #9 Michael Blockhus or Jakob Berglund.  Blockhus comes to Minnesota after two seasons at Northern Iowa where he was an NCAA qualifier at 141 last season.

The Nebraska born and bred Caleb Licking will take the mat at 157 against the #6 nationally ranked Brayton Lee or Cael Carlson.  The immense amount of talented training partners for Licking should definitely help him make his presence known.

At 165, a larger Peyton Robb will take his #10 national ranking up against Minnesota freshman Andrew Sparks.  Robb will be looking to enter the scene of his new weight class in dominating fashion so this should be a good one.

The constant aggressor, Mikey Labriola, will more than likely show the audience why he is the #3 ranked wrestler at 174 when he takes the mat against Minnesota’s Jake Allar.  Look for Labs to win by bonus points.

At 184, #6 Taylor Venz will look to continue his winning ways against Minnesota’s Owen Webster.  Last season’s matchup had Venz prevailing by decision.  Expect a similar outcome.

#3 Eric Schultz will begin his quest for NCAA gold by squaring off against Garrett Joles or Dylan Anderson.  Joles has the #13 Big Ten Ranking, however Schultz currently holds the #1 spot.  In last season’s dual, Schultz defeated Joles by major decision.  Mark this one down for bonus points for the Huskers.

At 285, Nebraska will look to slay the beast that is, Gable Steveson.  Very seldom does a wrestler become a household name before wrestling a collegiate match, but Gable did just that. Both Christian Lance and Cale Davidson could be formidable opponents.  Lance has the experience against Minnesota, dropping a major decision to Steveson last season.  Minnesota could also turn to North Carolina transfer, Keaton Kluever who’s coming off of a 10-7 freshman campaign.

For all of the action and coverage, tune in to BTN Friday night at 8p cst as the #7 Huskers open up what could be a historic season. Cheer loudly, stay safe, and GO BIG RED!

Projected lineup (Rankings from Flowrestling & Statistics from Huskers.com and Gophersports.com)