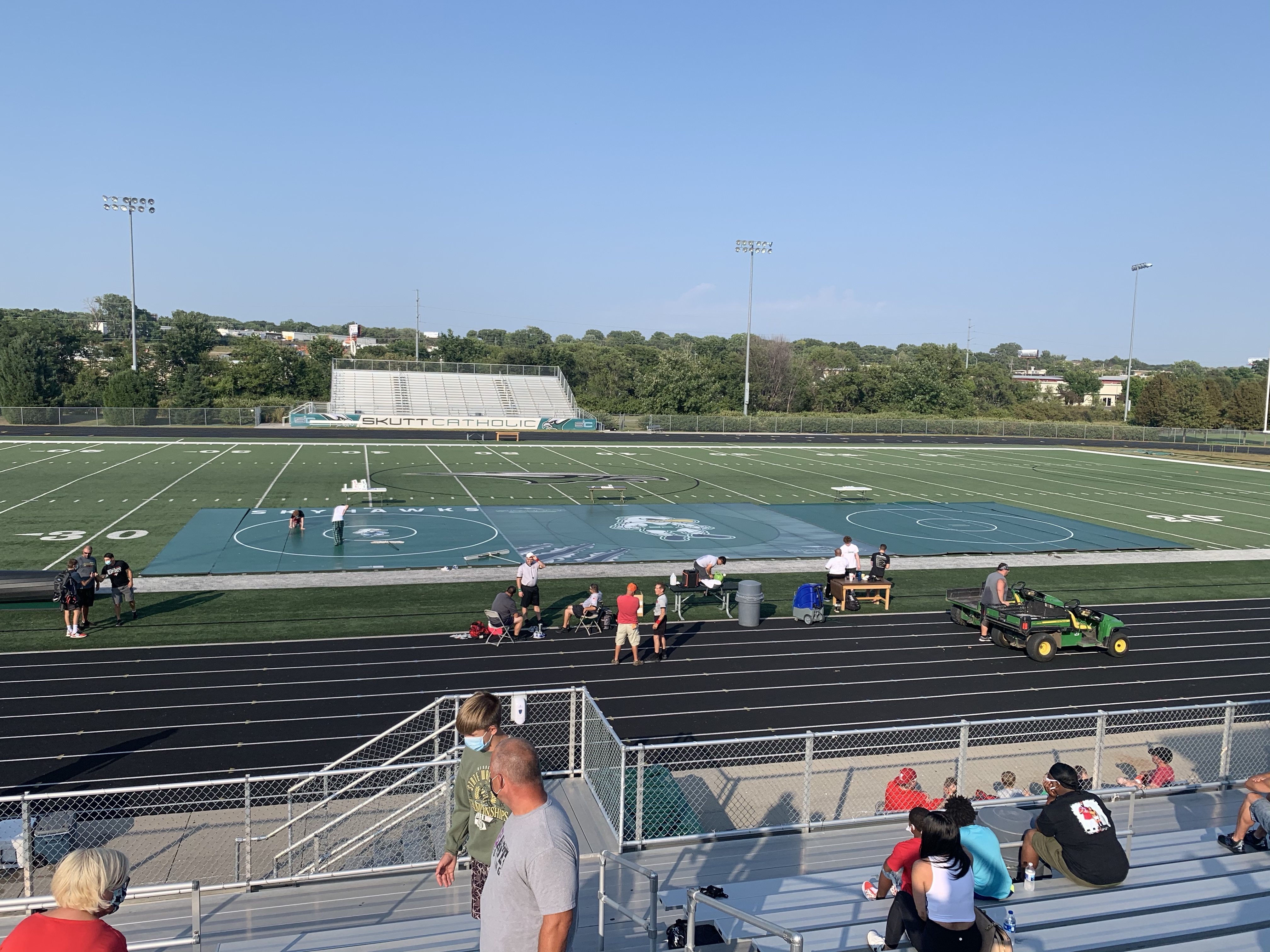 Saturday night turned out to be a beautiful night for wrestling. Hosted at Omaha Skutt High School, there was three mats with high school aged kids wrestling on two mats and youth wrestlers on one mat. There was plenty of good matches as wrestlers from Nebraska, Iowa, Illinois, and Kansas all participated. Tim Ziola, the director of the event was hopeful just to get the event rolling smoothly on the first night. “None of us had done this before, it isn’t going to be smooth, tonight is for getting a system going.” Overall it ran very smoothly. There was about 50 wrestlers competing, and it left a crowd of roughly 500 satisfied to see friendly and competitive competition.

The point of the MWL is to provide a safe and educational opportunities for wrestlers who are just looking to compete and get better. There is no coaching, no towel personnel, no weigh-ins, no trackwrestling or flowrestling involvement. This event is about making yourself better. With the different classes in Nebraska, and kids close to the same weight that don’t lineup during the season, this is a place they can wrestle that match. It’s simple, anyone can compete and will wrestle a few matches. All you need to do is show up, pay the $10 entry fee and wrestle.

There was a handful off state placers competing on Saturday night. Among the matches, was a fun round robin of Wyoming commit and Scottsbluff Senior Paul Garcia. Bellevue East Junior, Garrett Grice who is ranked #13 nationally at 126 pounds. Finally was Vinny Robinson from Marion, Illinois. Robinson is currently ranked #15 nationally at 132 pounds. The three of them put on a show with lots of great scramble, some big throws and a backflip.

Ziola, Skutt Coach, Chas DeVetter and other personnel made sure to follow all covid-19 protocal to make sure this event could happen. Everyone in the stands was wearing a mask. Wrestlers had to go through a series of protocals to compete. Parents had to sign waivers for there wrestlers to compete. Wrestlers then had to pass temperature checks. When not competing wrestlers were required to wear masks while watching and warming up. Everyone followed along and made sure to provide the best environment as they could so this event could continue to happen going foreword. Mats were cleaned periodically throughout the night to ensure all cleanliness.

There was a lot of smiles shared among wrestlers and fans who were just happy to see some wrestling. Towards the end of the night on one of the mats there was one wrestler who looked to be about 200 pounds wrestling kids who were around 140. He had the size on those kids, but that didn’t matter on this night. Wrestlers were wanting to compete and have fun.

The next Metro Wrestling League event will be taking place in a few weeks. Make sure to follow “Metro Wrestling league-Friday Night Lights” on Facebook for all details on times and dates. The goal is to grow the event each time out and provide experience, opportunities, and an overall enjoyable environment. They will be able to answer any questions you may have and look foreword to see great turnouts in the future.