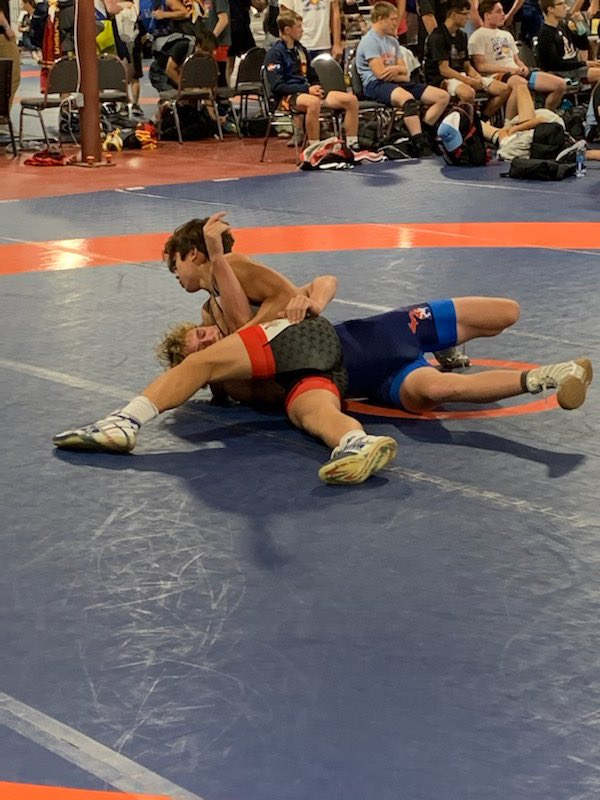 Many Nebraska Wrestlers have been competing the last couple weeks in tournaments in Oklahoma and South Dakota.

MWC Middle School Freestyle and Greco teams both placed 2nd at the Legends of Gold Tournament in South Dakota.

MWC Silver and Nebraska Titans also competed at the Legends of Gold High School Duals and competed hard, despite being down a few guys.

Nebraska Titans was the lone Nebraska team to dual in High School Folkstyle.

Kael Lauridsen led the Titans going 10-0, Antrell Taylor was 4-0 for MWC Gold and was the only undefeated team member in Freestyle.

Also leading the way for MWC Gold, were Garrett Grice and Isaac Trumble who each went 9-1 over the two days.

Archer Heelan (Kearney) competed for a dual team out of Colorado going 8-7 across the 3 styles of wrestling, capping it off with a 4-1 Greco record.

Chris Williams (Valentine) went 7-3 competing in Folkstyle and Freestyle competing for a team from South Dakota. He went 4-1 in Folkstyle.

Ace Schweitzer from Central City competed for the Legends of Gold Elementary team and went 7-4 between the 3 styles.

Mason Peterson, Brenyn Delano, and Tyler Zwingman from Columbus Wrestling Org. all wrestled for Covid-Red in the Middle school Duals.

If any wrestlers were missed, feel free to message us or leave a comment and we will get them added.