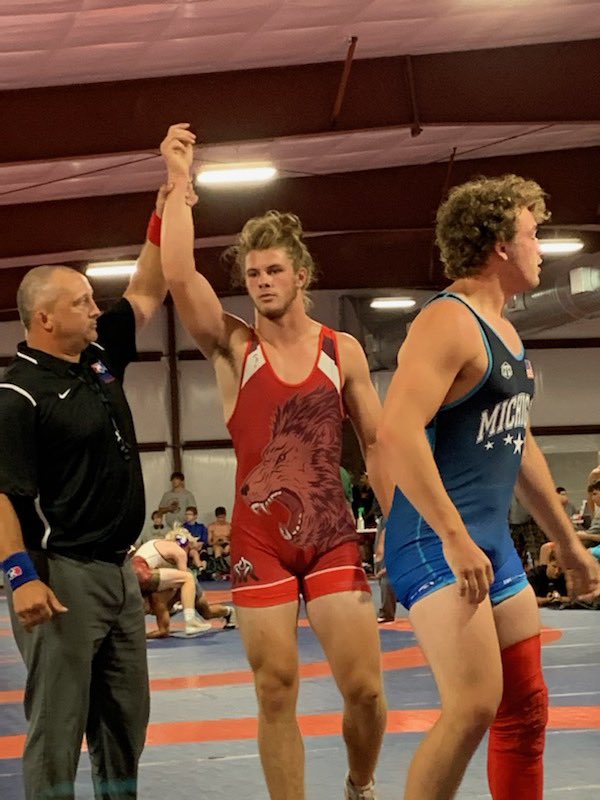 Three Nebraska teams competed at the Legends of Gold Freestyle duals on Monday. MWC Gold used a huge comeback in the seventh place match. Down 29-15 Cameron Cunningham (Gretna) started the comeback with a 12-2 tech fall. Tony Pray (Creighton Prep) followed that up with a 10-0 tech fall of his own. Isaac Trumble (Millard South) Got a :23 second fall to bring MWC Gold to a 30-28 deficit. With the match coming down to Heavyweight, Rex Johnson (Logan-Magnolia) pick up a :22 second tech fall to secure the victory. Brandon Baustert (Lincoln East), Garrett Grice (Bellevue East), and Noah Talmadge (Ralston) also picked up victories in the dual.

Antrell Taylor was the lone MWC Gold Wrestler to go undefeated on the day going 4-0.

Nebraska Titans, Kael Lauridsen (Bennington) continued to cruise along in the duals. A day after going 5-0 in the Folkstyle duals, Lauridsen went 5-0 in Freestyle with four falls and a decision. The Titans were close in a lot of duals despite being down a few guys.

MWC Silver wrestling six men down all day was able to get some valuable matches for a young lineup.

Archer Heelen went 2-3 wrestling for Straight Off the Couch out of Colorado. Chris Williams went 3-2 wrestling for Black Hills Gold out of South Dakota.

Round 1 fell to Michigan Blue 53-10
Victories by Kael Lauridsen.