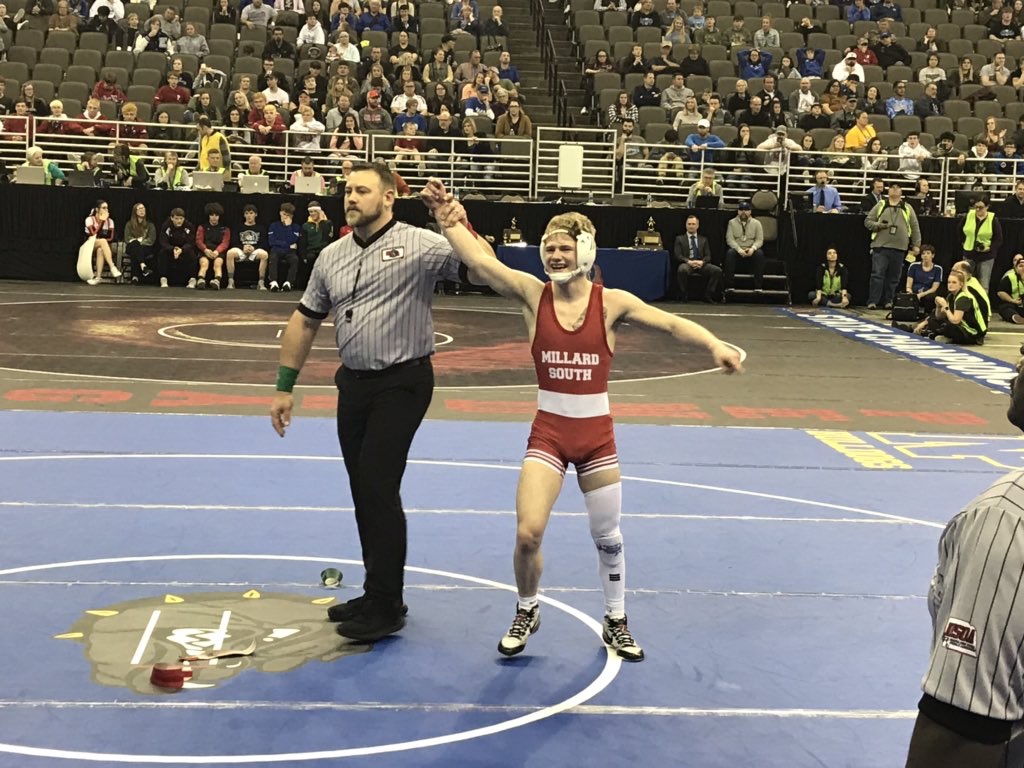 Conor Knopick has made his college decision. The Millard South / MWC Senior-to-be will be an Iowa State Cyclone.

Conor was 4th as a freshman and 3rd as a sophomore before overcoming a neck injury and claiming a state title at A132 – arguably the toughest weight class in the state. He could renew his state finals rivalry with MWC teammate Jakason Burks as Burks is heading to Oklahoma State to compete for the Cowboys.

“I’m excited for the next chapter of my wrestling career at Iowa State. I’m happy to be a Cyclone”

The Iowa State program is one of the most successful NCAA programs of all time. The Cyclones have the fourth most titles in NCAA D1 History.

Check out Conor’s interview after his state title HERE.