2020 Class B State Tournament: First Round Matches to Watch 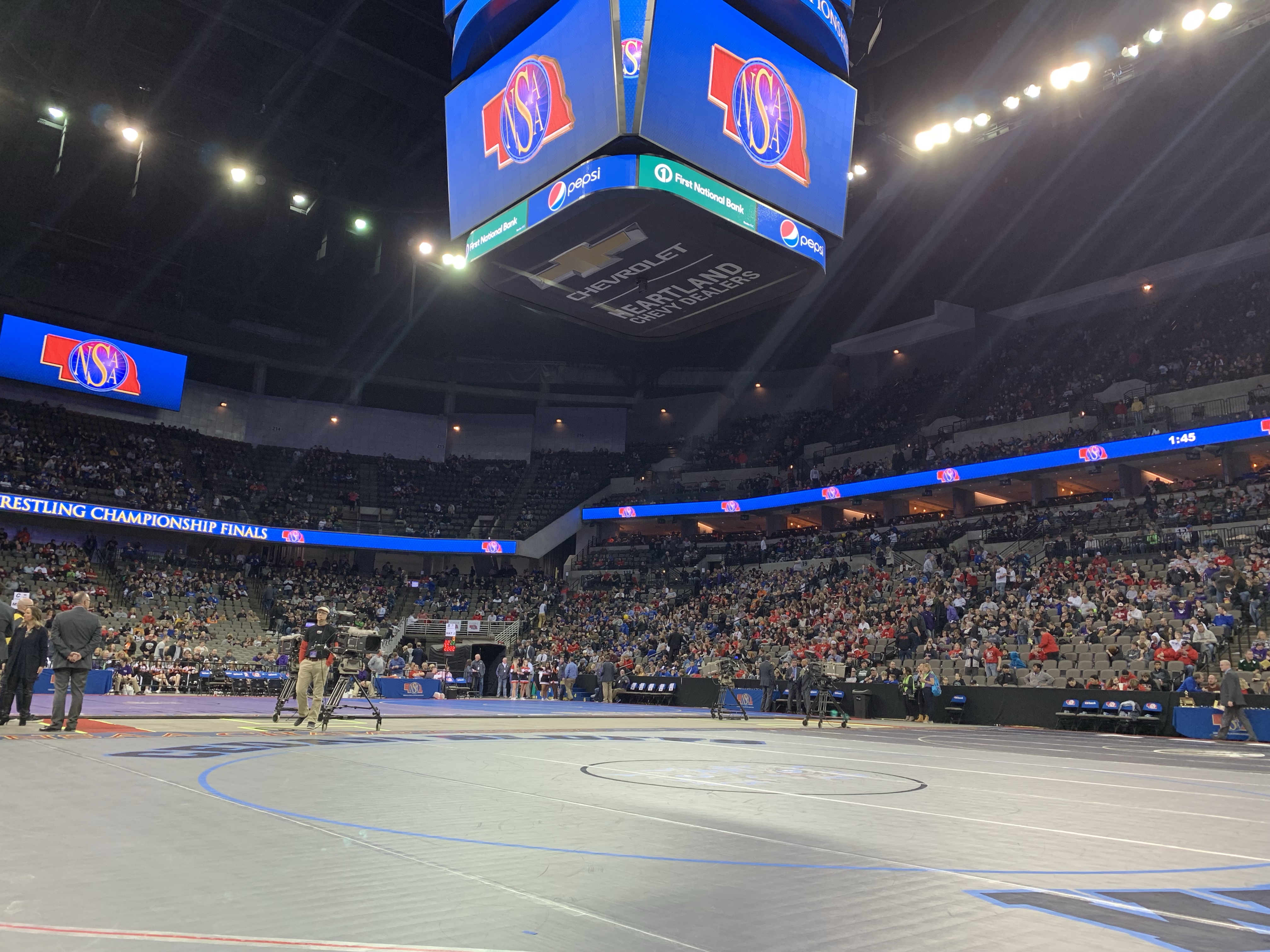 2020 Class B First Round Match-Ups to Watch

After taking over the 106 spot for Central City in the second week of the season, Garfield has been on a tear accumulating a 44-6 record in his sophomore season.  Christo was one of the freshmen to watch this season and he hasn’t disappointed. Christo finished fourth in a crazy tough district. The winner of the match looks to have a solid shot at making the semifinals.

Bolling has had a very solid season and has made the transition into Class B very nicely.  He is a defensive wrestler who can score points on counters as well as anyone. Lazo has had another solid season and could be in medal contention.

With only three losses on the season Ivey is very capable of making a deep run in the tournament.  Those three losses have come to the #1, #4 and #5 ranked wrestlers at this weight. Coulter had some late season losses that put a little dent into his record.  However, he can hang with anyone and will be a tough out.

Weidner has had an amazing freshman campaign and has the makings of being another state champion for the Tigers.  Weidner did defeat Lausterer in mid-January so he will be looking to repeat that feat. Lausterer ran into a buzz saw at districts and finished fourth.  He is a gritty wrestler who could pull off an upset.

Peckham is looking to cap of his high school career with a medal at the state tournament and has put together a fine season.  Peckham is always in matches as proven by the scores in his losses this season. Karls returned from injury in January. Took a few losses as he got his feet under him but has been on a tear since.

Rocheleau is on a mission for his third state medal in three years.  With three losses on the season, look for him to make a deep run into the tournament.  Ford has flown under the radar as he didn’t have a lot of ranked match-ups until late in the season.  Has hit a few bumps in the last month, but he is a very solid wrestler who can pull off an upset.

Orsi has been the #1 ranked wrestler all year long.  All but one of his losses prior to districts had come from out of state opponents.  He did drop a head scratcher in the district finals, so how he responds will be something to watch.  Talmadge has been the #2 ranked wrestler all season and has been on a roll. He was called for an illegal slam in the district semi-finals, dropping him to the third-place match.  Talmadge is very physical and can win the gold.

Brumbaugh is one of the Hastings Tigers seniors who hasn’t been to the top of the podium in his high school career.  He battled back from an early season injury and has proven he can challenge anyone. Koch has had a solid season but has taken some head scratching losses along the way.  Koch will need this one to be in medal contention.

Drahota has had a very solid senior season with most of his losses coming from out-of-state opponents.  He did drop a 4-3 decision in the district semi-finals, which makes his path to the medal stand that much harder.  Moore is 48-4 on the season and looks every bit the part of another Bison state medalist. Look for this to be a back and forth affair.

Lyons has had a great season and can compete with anyone as evidenced by is 3-2 loss to #1 Canoyer (Waverly) in the district finals.  Korth cracked the rankings during the season and will be a tough out and should make a run at a medal.

Wilkins seems to be a man on a mission.  Holding the #3 ranking most of the year, he is looking to prove he can stand at the top of the medal stand.  He has dominated his opponents this season and can make it to the state finals. Adams has had a good senior campaign and can go toe-to-toe with almost any opponent.  He is a wrestler you don’t want to overlook.

Tough draw right out of the gate for both wrestlers.  Larsen is a very dangerous wrestler and can put opponents away in a hurry.  Fiala really started to jump onto the scene after the holiday break. He has shown recently that he isn’t to be taken lightly.

Kuehler has been in the rankings all season and has put together a nice senior season.  He has a win over Davis at the state duals, so he will be looking to repeat that win. Davis is a scrappy wrestler who can compete with anyone.  Look for him to get out and score early.

Hartman has flown under radar for most of the year, but he isn’t someone to be overlooked.  He is a pinning machine and is always looking for a way to turn his opponent. Jividen has also been under the radar until he took off in mid-January.  He won 23 straight matches before falling in the district finals.

One thought on “2020 Class B State Tournament: First Round Matches to Watch”