2020 Class A State Tournament: First Round Must Watch Matches 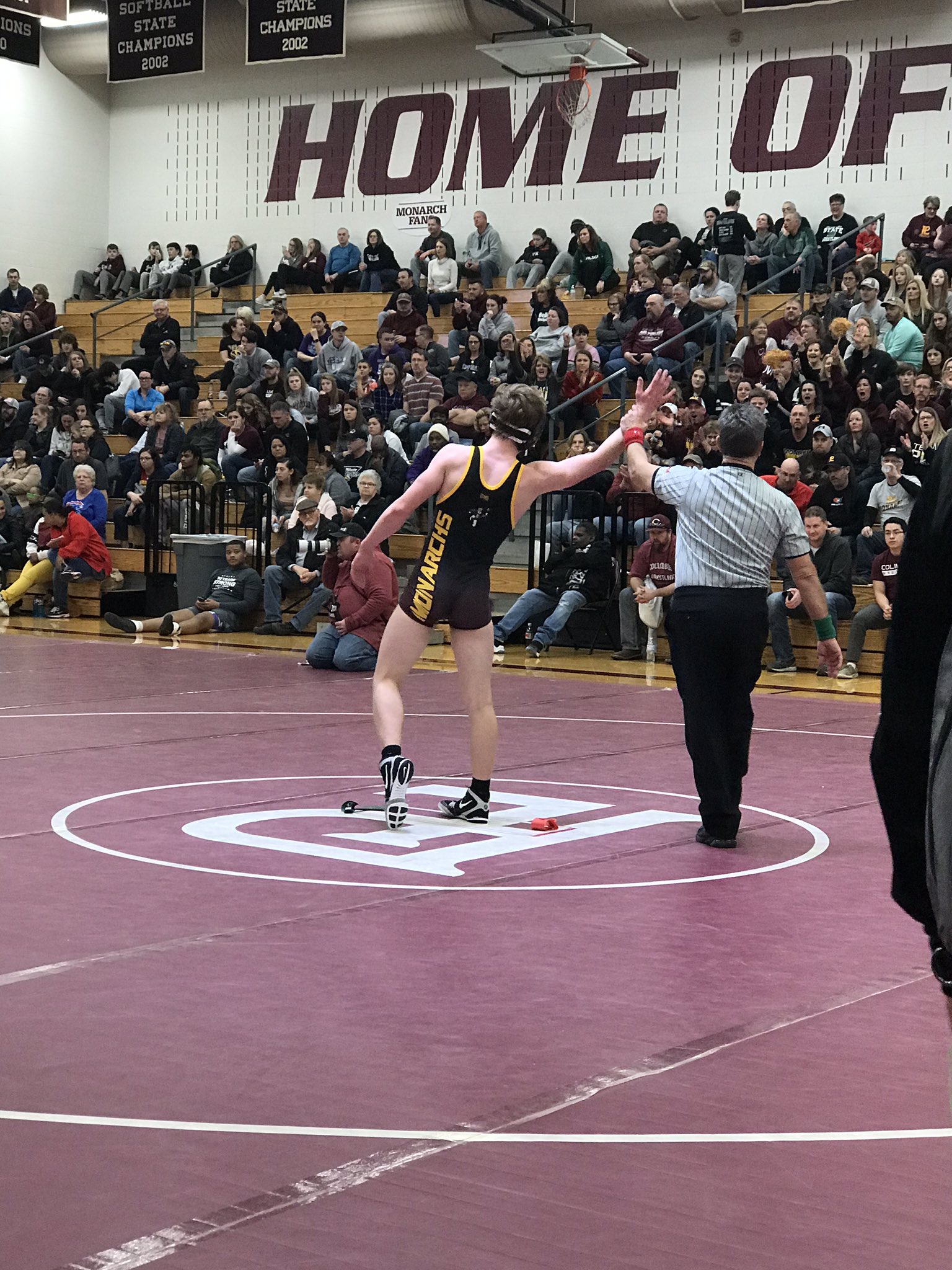 106 #8 Logan Edwards (Westside) vs #6 Mohamud Abdi (Bryan)
Bout #1002
Edwards has put together an impressive freshman campaign for the Warriors going 30-13 and finishing third in the A1 district. Abdi is also making his first state tournament appearance in his junior season. Abdi is 38-6 and has spent the whole year in the rankings. Abdi finished runner up in the A3 district. The two wrestlers have not met up this year despite being metro conference members.

113 #8 Blake Cerny (Columbus) vs #5 Solomon Allerheiligan (Millard North)
Bout #1010
Sophomore Blake Cerny is making his state tournament debut. He is 38-14 and wrestling tough and the right time of the year. Allerheiligan is a returning state qualifier from last year and finished sixth at 120. He is 31-11 on the year and came down a weight this year. These two met up at the Norfolk Invite where Allerheiligan was victorious 4-2.

120 #5 Wyatt May (Millard West) vs Devon Mahone (Omaha North)
Bout #1019
Both wrestlers are seniors and returning state qualifiers. May has had an impressive senior season going with a 40-8 record, and Mahone is 29-10 on the season. May will be looking for his first tournament win in Omaha. Mahone lost in last year’s heart break round,  but will be looking to take the next step. May and Mahone have not wrestled each other season.

126 #2 Blake Cushing (Grand Island) vs #5 Ryan Turner (Omaha Central)
Bout #1029
Cushing has spent the whole year ranked #2 at this weight, and with Jakason Burks moving up he will be a likely favorite to win this weight. Cushing is 35-4 this year with his only in state loss coming to Burks. Cushing finished 3rd last year as a sophomore. Turner is 23-4 and had not lost in Nebraska until districts. He was a Metro Conference Champion and has scored bonus points in 18 of his matches. This will be their first matchup this season.

132 #3 Daniel DeRosier (Bellevue East) vs #7 Aaron Dittmer (Norfolk)
Bout #1035
This is Dittmer’s 4th year qualifying for the state tournament. He is wrestling tough again this year, sporting a 38-10 record. DeRosier finished 6th as a freshman, 4th as a sophomore, and looks to improve upon that finish in his junior campaign. DeRosier is 42-3 with his losses coming to Cushing and Conor Knopick (2x). Dittmer and DeRosier will meet for the first time this season on Thursday.

138 #3 Peyton Meink (Millard North) vs #5 Stone Sindelar (Papio South)
Bout #1047
Two very talented and established wrestlers will be competing against each other in the first round Thursday. Senior Meink is 33-8 this season and owns 4th and 6th place finishes at state. Sindelar is 38-5 this season. He lost in heart break round last season and will look to end his Titan career with a medal. Meink spent part of the season at 145 before dropping down to 138 after holiday break. Meink defeated Sindelar at Metros 12-5 in their only match up this season.

145 #3 Alex Irizarry (Papio South) vs #7 Coleton Haggin (Papio)
Bout #1051
Haggin is a freshman making his first state appearance, and has had a stellar season going 31-11 thus far. Irizarry (28-6) is in his final season for the Titans. He finished 5th last season and 6th as a sophomore. Haggin and Irizarry have wrestled once this season (first dual of the season) for the two teams, where Irizarry pinned Haggin in 5:36. Expect a much closer match this time around.

152 #2 Deon Davis (Central) vs Ayden Welch (Elkhorn South)
Bout #1059
Davis and Welch are both juniors. Davis is 30-4 this season, while Welch is 29-8. Davis has two fourth place finishes attached to his name and will look to improve on those results. Welch is in his first state tournament this season. Welch will try will ride the momentum of winning 8 of his last 10 matches. Davis beat Welch 11-4 at Metro’s.

160 #2 Caleb Connor (Papio South) vs #5 Tommy Wentz (Fremont)
Bout #1072
Connor has had a spectacular senior season going 32-3 thus far. He finished in fifth place as a junior and was also a state qualifier as a sophomore. Wentz is 33-13 this season. The junior has been no stranger to upsets this season with 6 ranked wins. Wentz and Connor wrestled in December with Wentz winning by decision 5-2.

170 Alex White (Millard South) vs Josh Pierson (Kearney)
Bout #1079
White and Pierson are both seniors trying to help lead their teams in an important team race. White is 20-14 this year and was a state qualifier a season ago. Pierson is 26-21 and making his first appearance at state. Both wrestlers got hot at the right time of the year. Pierson owns wins over ranked opponents Rinn from Millard North and Larchick from Gretna. White has competed well in a very tough schedule. This will be the first matchup between the two this year.

182 Cole Haberman (Westside) vs Carson Maas (Papio)
Bout #1082
Both Haberman and Maas have spent time in the rankings this season, and have had great seasons. Sophomore Haberman is 42-8 this season and qualified for state in 2019. Maas is a 26-11 Senior whis also a returning state qualifier and lost in the heart break round last season. Maas owns a 2-0 record over Haberman this season. The first time was a :57 second fall, while the second match at Millard West was much closer with Maas winning 10-8.

195 #4 Alek Abels (Papio) vs #7 Zach Belmudez (Lincoln Southeast)
Bout #1090
Belmudez is a junior who has been hot since winning the HAC conference tournament. He is 26-12 this season. Abels has been wrestling really tough this season and has compiled a 35-11 record this season. Both wrestlers are making their first appearance in the state tournament. The two wrestlers met up in December at the Tom Dineen invite with Abels winning by fall.

220 #6 Garret Moser (Fremont) vs #7 Alex Rodriguez (Grand Island)
Bout #1099
With Trumble moving up to heavyweight, everyone at 220 has gained a big momentum boost. Senior Rodriguez and junior Moser are no different. Moser is 36-7 on the season and is a returning state qualifier. Rodriguez is 31-15 on the season. They wrestled in the finals of the Norfolk Invite, with Moser coming out on top by second period fall.

285 #3 Jayden Schrader (Lincoln Northeast) vs #4 Nolan Olafson (Burke)
Bout #1108
Senior Schrader is 39-7 this season. Olafson is a 41-7 junior. Both wrestlers are making their first state tournament appearance, and this will be their first time wrestling this season.

One thought on “2020 Class A State Tournament: First Round Must Watch Matches”