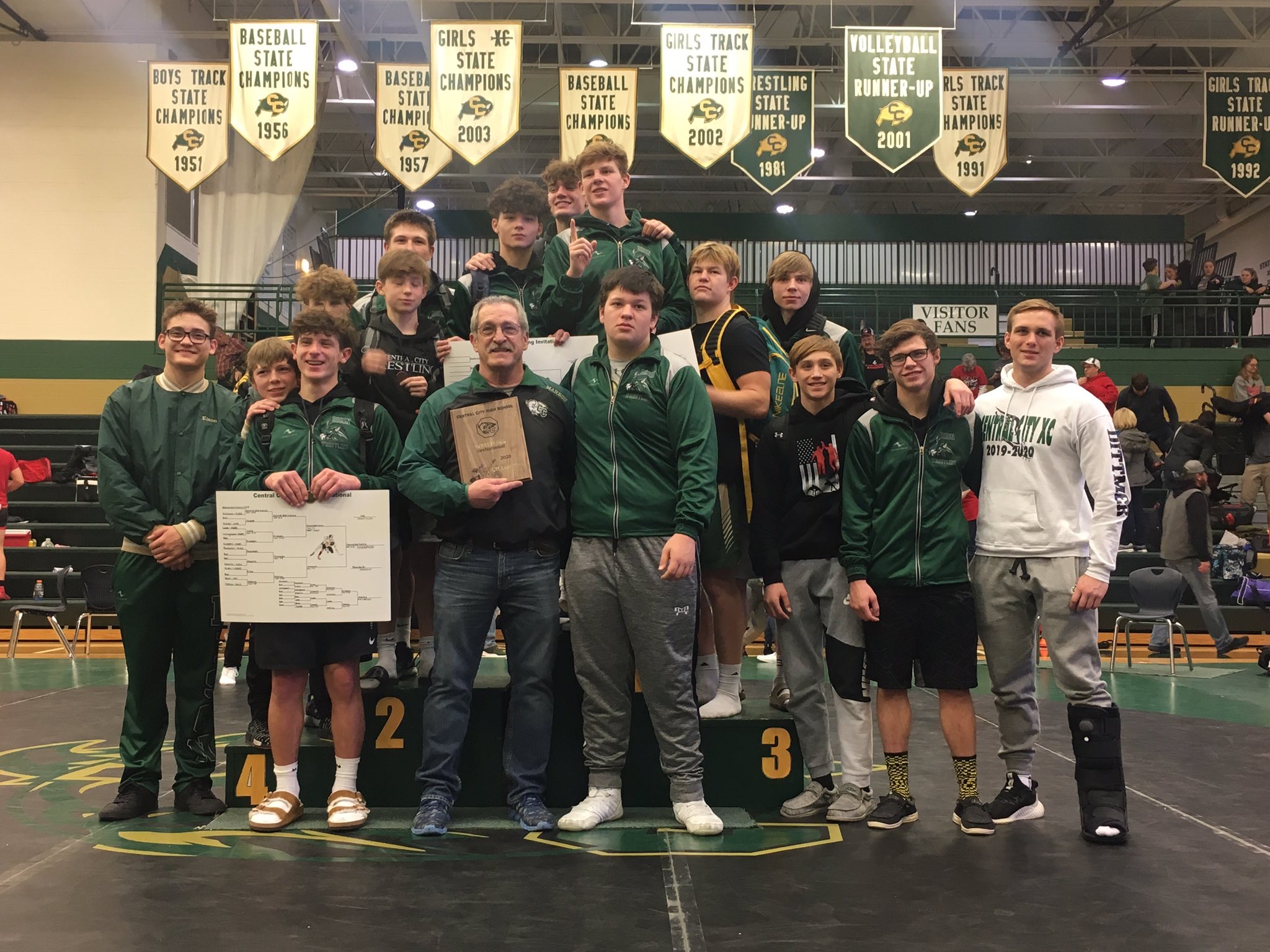 Here are the noteworthy performances from Week 6:

Class B Wrestler of the Week – Week 7
Alfredo Valquier, Nebraska City – Valquier finished 6-0 at the EMC Duals, with three pins and a SV win over #7B Soukup from Blair.  His three wins by fall were a combined 1:25 in match length.

Class B Team of the Week – Week 7
Central City – The Bison took home the team title in their home meet on Saturday, outdistancing second place C#4 Ord by 24 points.  They had 11 wrestlers medal, including 1st place finishes for Kunz, Schneiderheinz, and Moore. This was the final Central City Invite for coach Gary Maresh who has been teaching and coaching in Central City for over 40 years!

Class B Underdog of the Week – Week 7
Jacob Deckert, Adams Central – Deckert finished as runner-up at the Norm Manstedt Invitational, losing in the finals to #4C Peyton Cone from Archbishop Bergan in a 9-6 decision.  Deckert currently sits 21-2 on the season.

NEwrestle Top Ten Teams – Where Can You Find Them?

What to Watch:
Last year for the tournament as we have known it, with teams moving to other conferences.  Skutt brings a TON of top end talent while Beatrice has some solid depth and could potentially make the team race interesting.

As for individual weight classes, 145 should be a great one to watch.  Talmadge has been behind Orsi in the rankings all season and has a chance to prove himself against #1.  Maschmann took a loss last week to Fago, so he will be looking to bounce back.

Very solid dual tournament that will have some ramifications at the tail end of the State Duals.  Several of the teams are on the outside looking in, but with a solid performance could boost their wildcard standing.  Hastings looks to be the deepest team in the tournament and should be able to take home the title.

Pool A – Wahoo should give Hastings a good test, but Hastings’ depth should prevail.
Pool B – Nebraska City is by far the strongest team in this pool.
Pool C – Aurora and York should battle it out for the top team here.  Aurora had a very strong showing last weekend, so the nod goes to them.
Pool D – Three-way race here with Platteview, Plattsmouth and Seward.  Plattsmouth seems to be coming on late in the season and Seward is tough at several weights.  Lean to Seward.

Another strong dual tournament with plenty of State Duals ramifications.  Gering and Adams Central are in a good spot now as it relates to wildcard points, with teams like Sidney and Northwest on the outside looking in. There are three ranked dual teams and Northwest and Broken Bow are top ten tournament teams so expect some competitive duals and individual matches.

Pool A – Gering looks to be the top of the group in this pool, but will be challenged by Sidney and Broken Bow.  If Broken Bow can put all the pieces together and take advantage of bonus point opportunities, they have a chance to come out on top.

Pool B – Adams Central with their 12-0 dual record is the team with the most depth in this pool.  The Patriots can fill all of the weights and have the experience to win a lot of 50/50 matches.

What to Watch:
Very competitive invite with 32 ranked wrestlers competing.  From a team perspective Aquinas is the only ranked team. Pierce beat Aquinas by a single point last weekend and are building momentum as the season progresses. They have an incredibly deep lineup. Lakeview and Lexington should also challenge the top teams.

Several of the weight classes will help sort out the individual rankings as we should see several ranked match-ups.  120, 126, and 285 all have a lot of intrigue should the match-ups fall in line.