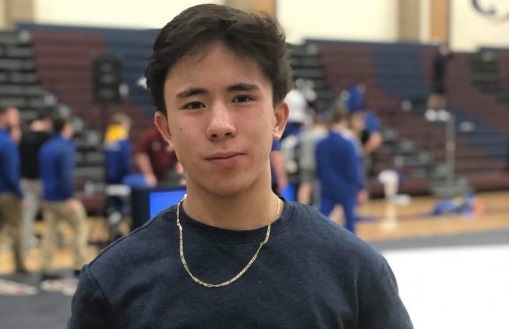 Week seven is upon us! We saw the return of a couple state finalists last week with Antrell Taylor from Millard South, Darian Diaz from North Platte and TJ Huber from Gretna all coming back. A couple other teams should be gaining missing pieces this week. Central will welcome back Markell Smith and Gabe Grice. Papillion LaVista gets a big piece back with the return of Cody Niemiec. Mikey Vasquez returns for Omaha South. Plus a number of other wrestlers will be making their season debuts this week. A good portion of Class A (29 out of 33 teams) will be competing this weekend in the Metro Duals and Metro Tournament along with the HAC conference tournament. It should be a good preview of some district match ups and possible state match ups.

Class A Wrestler of the Week.

Soloman Allerheiligen from Millard North made his way down to 113 pounds last week. He is currently ranked #8 at 120 pounds. In his first weekend at 113 he competed at the Gator Invite in Lincoln. He won the invite with a 7-5 win in sudden victory over #2 Archer Heelan in the finals. The Mustang was 4-0 for the week with two falls and two decisions. He was named Most Outstanding Wrestler.

Class A Team of the Week.

Lincoln East had a huge week six. On Thursday night the #2 Spartans defeated Class A #5 Kearney 44-19. They followed that up over the weekend, winning the Norm Manstedt Invite in Columbus. Brandon Baustert (113), Cole Toline (120), Nic Swift (132), Breckin Sperling (145), Maxx Mayfield (160), Grant Lyman (170), and GeGe Creighton all won titles. Keith Smith did not compete, but back up Gabe Turman held his own, finishing as the 106 runner-up. Chase Kammerer also was a runner-up at 152. Case Jurgens finished third at 126, while Aiden Ingwerson finished 5th at 195. The Spartans finished with 287.5 points, 38.5 points ahead of Columbus.

Class A Freshman of the Week

Cole Toline from Lincoln East had a fantastic week. After falling to Kearney Senior, Hunter Nagatani in the Dual Thursdsay, he rebounded with a Manstedt Title. The Freshman went 6-0 in Columbus last weekend. He defeated Class C #6 Carter King from Battle Creek 5-4. He then defeated Class A #6 Clay Cerny from Columbus by Fall. In the finals, Toline defeated Class B #7 Malachi Bordovsky from Wahoo 6-5.

Garrett Grice made it down to 120 for the first time this past weekend. He will be looking to continue his dominance this season, and will likely face #2 Haynes in what could be a preview of the state finals match. Grice is 25-1 on the season, with his lone loss to 126 #1 Jakason Burks 6-5. Haynes has also been rolling, as he is 16-1 on the season and has split matches with Class B #1 Drew Arnold from Beatrice. It should be an explosive match with lots of scrambling and scoring.

With the return of Antrell Taylor, it means Robertson will be moving up to 152 pounds. At the Tom Dineen Invite we saw Price make his season debut at 152 pounds. Price finished as a state runner-up last year, while Robertson was a State Champion in Utah. Robertson is 22-5 on the season with one in state loss to Class A #2 (138) Brayden Smith. Price is 30-4 on the season, and 11-0 at 152 with 11 pins. Both wrestlers are tough and very technical.

Grice will be seeing his first action of the season after transferring to Omaha Central from Bellevue East last spring. Burks has only been tested once this season against the younger Grice brother. This is rivalry that goes all the way back to the youth ranks. Burks is 27-0 on the season with 20 pins or tech falls.

A battle of strength versus strength. Trumble is 26-0 with 23 pins (three forfeits). Walker is 23-1 with 17 pins. We could see this match happen twice, as both teams have very good dual teams. It will be a match highly focused on leverage, and expect to seem some upper body wrestling as well.

A rematch of last years state semifinals, where Haberman came out on top 6-2. Two tremendous athletes going at it here at heavyweight. Frezell-McClinton is 15-1 on the season, with every win coming by fall. His lone loss is to Nebraska Football recruit, and 3rd ranked (nationally), Nash Hutmacher. Haberman is 24-0, also winning every match by fall. Another matchup that could be a state finals preview will surely be one to keep an eye on.

Many of the teams will be competing in the Metro Duals on Friday, and Metro Invite Saturday. FULL PREVIEW OF METRO CONFERENCE TOURNAMENT

What to watch- The Metro tournament isn’t the only big conference event going on this weekend. The Heartland Athletic Conference features three of the top five teams in Class A features 35 ranked wrestlers. We could see another Baustert/Heelan match and a potentially exciting team race between Lincoln East, Grand Island and Kearney.