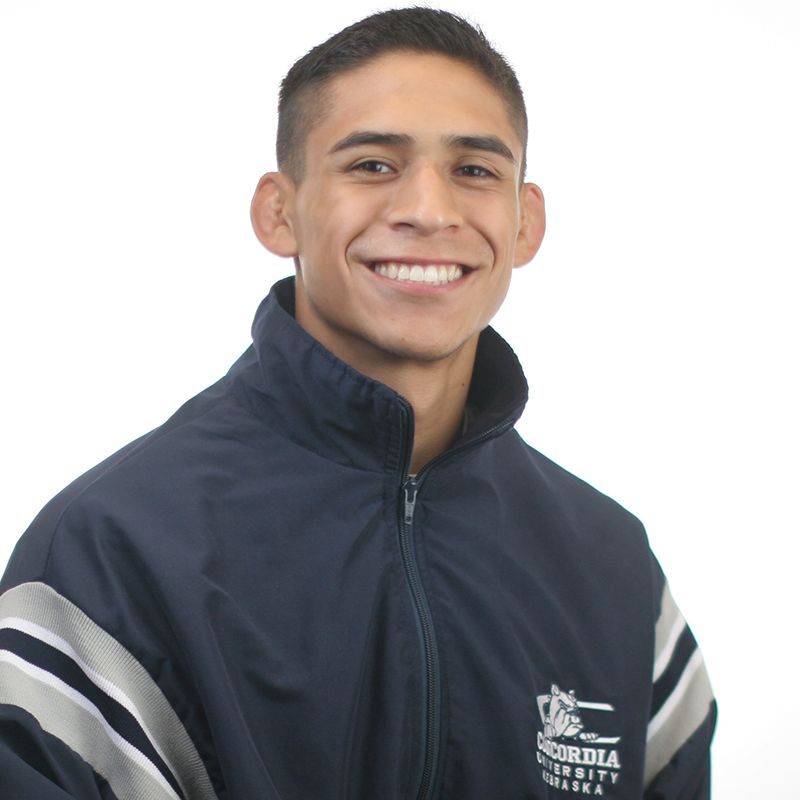 Levi Calhoun has a talented group of kids that are looking to stay at the top. Last season, Concordia tied with Morningside for the season conference championship after going 7-1 in duals. They return four wrestlers who have made nationals. Deandre Cherry, Zach Moistner, and Michael Stann made nationals last season, and Chris Kimball made it in 2018. Kimball is coming off a redshirt year.

Maintaining that high level of wrestling will be key to the Bulldogs winning another title. “We have to have consistency on the mat and stay persistent. We have to get out there and score points if we are ahead or behind. Stay persistent and don’t be satisfied with a one point lead. We have to give a great effort every time out on the mat, and stay relentless.” said Calhoun. It is a great way to attack a match and keep getting after it. Sitting on a one or two point lead can vanish quickly. Keep getting after it and you can break a wrestlers will. Having guys who have been their before can also help a team maintain that high level.

Concordia returning four guys with nationals experience, plus having a big group of seniors is also a great key to maintaining success. They also have another wrestlers who Coach Calhoun said has taken the reins as a leader. “Mario Ybarra is a Sophomore from Scottsbluff. He has really stepped up for us this year. He is not the most vocal guy, but he just does all the right things. He leads by example on the mat, he is always working hard, getting after it, and pushing guys. He runs our warm ups and has really gained the respect from his teammates. Off the mat, he does all the right things as well. He is great in the classroom and socially just makes good decisions.” Ybarra was a takedown away from making nationals last season. He will definitely be hungry this season and wrestle with a chip on his shoulder. Coach Calhoun also mentioned Deandre Cherry, Cam Devers and Darrin Miller as guys who have really been great leaders in the room, doing the right things on and off the mat, and being a positive influence on the guys.

Concordia bought in ten freshman this season and they have transitioned pretty well. A lot of them will be wrestling this weekend in Mitchell, South Dakota and will be looking to make their mark. One Freshman in particular has caught Coach Calhoun’s eye. “Carter Kucera, a Freshman from Columbus, NE has really done well. He is around 133 right now and could get down to 125. He wrestles Mario everyday and competes hard. He is a lot like Mario, he puts his head down and gets to work. He is a competitor. A lot of the guys have done well and I cant wait to see them compete this weekend.” It will be a good year to get the guys a redshirt and get in a lot of opens. Having so many Seniors will allow the Bulldogs to really build depth.

Concordia is poised for a big season. Having guys back with Nationals experience will only make them hungrier this season. Another year in the system and being together will build continuity among the team. Coach Calhoun has set his goals high for this season. “We want to win the conference championship outright. I want to see a better finish at the conference tournament as well. I would really like to be season and tournament champions. I also want to see the guys finish in the top 16 at nationals and get invited to the national duals. Mostly I want to see improvement each week and see guys get better. We get that top sixteen finish and we can build from there to get to the top spot.” The season will begin Saturday as the Bulldogs head north for the Dakota Wesleyan Open.