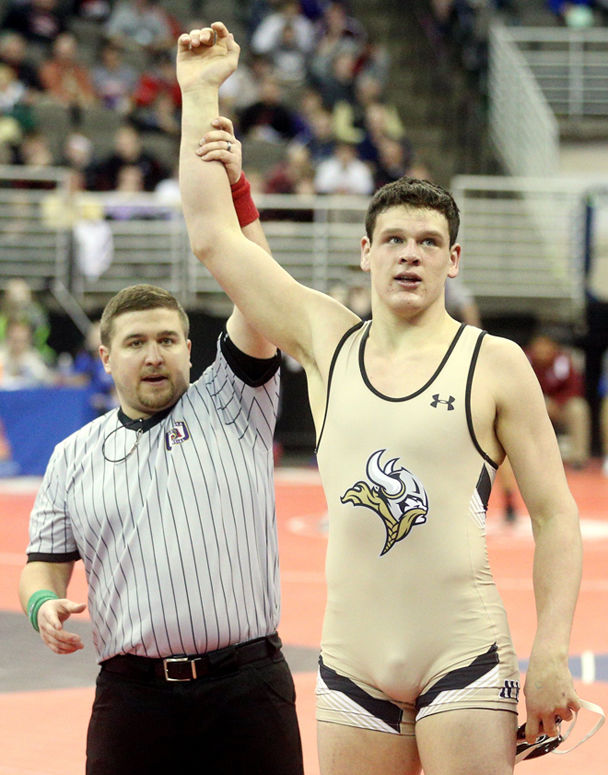 The senior from Grand Island Northwest has put together a solid career. He is already the school career pins leader with 120, and the Nebraska all class record holder with 51 pins in a season. Griess has put together a 145-16 record in high school, and is close to topping Grayson Fries for the GI Northwest all time wins record at 153. He is a three time state qualifier and has competed in the state championship match the last two seasons at 195 pounds. He was runner up as a sophomore to Sam Kolterman from Wahoo. As a Junior, Griess was able to avenge his loss and defeated Kolterman 12-3 in the state championship.

Outside of school wrestling, he has also attended Disney Duels, Fargo, Maine Exchange, and Rocky Mountain Nationals. He will also be wrestling in the Ironman Challenge coming up. On top of all that, he plays defensive end and right guard on the football team for the Vikings.

He has already taken trips to Chadron State and Augustana. This weekend he will head to Annapolis, Maryland to visit Navy. Griess said he “likes the Navy because he wants to be in the Military and become a Pilot.” After Navy, he will come back home and on October 26/27 he will be taking an official visit to Lincoln to visit the Huskers. Griess said he also wants to see the majors the schools offer, the wrestling programs, and where he feels most at home at. He is open to to other schools if the opportunity presents itself.

Griess has big goals for this season. After the Vikings took home the team title last year, he said he really wants to get another one. He also wants to get another individual title, go undefeated, and he wants to face the toughest competition in the state. When asked about Grady, Coach Sybrandts had some high remarks “Kids like Grady don’t come around very often, he will do whatever it takes to be the best on the mat and just wants to get better and better each day. In the classroom, Grady also does an amazing job, carrying a 4.0 gpa. I am really proud of his efforts and the balance he has with being a student athlete, it is hard to excel at both and he does a great job!!”