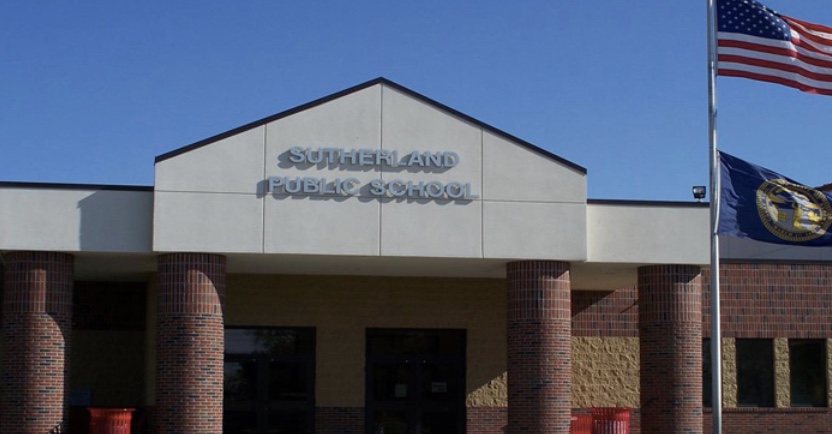 Team Preview
Mullen will be looking to improve on their state runner-up finish from a year ago. They
have been beat up from a long football season, but look to have everyone back on the
mats heading into district competition, outside of 195 Ty Kvanvig. He has only
wrestled in one tournament this year, so his status is a up in the air. We are
currently trying to get clarification on it. If Kvanvig doesn’t compete at districts, that
will really damper the outlook of their state tournament finish. Southwest and
Maxwell will look to push Mullen for the district team title.

113
1. Teven Marshall, Mullen
2. Nathanial Murrillo, Morrill
3. Jon Peterka, Sutherland
4. Austin Anderson, Hay Springs
Marshall is the favorite as he has a head to head win over Murrillo. Murrillo has
head to head over Peterka, while Peterka has head to head over Anderson.

120
1. Jeremy Larson, Brady
2. Brenden Warman, DCS
3. Tyler Nagel, Morrill
4. Jacob Dalby, Bayard
Larson is the favorite here as he has head to head or common opponent over
everyone else. Waman has beaten Nagel and Dalby head to head. Nagel has beat
Dalby head to head.

126
1. Hunter Kidlow, Bayard
2. Joel Priest, Hitchcock County
3. Garrett Latimer, Southwest
4. Jacob Gholson, Maxwell
Kidlow is the favorite to win this weight as he has head to head over Priest and
common opponent over Latimer. Priest Currently holds a 2-1 advantage over
Latimer head to head. Latimer has head to head over Gholson.

132
1. Brady Gracey, Mullen
2. Dennis Vogl, Crawford
3. Baiden Planansky, Hay Springs
4. Jacob Lantis, Sutherland
This weight is hard to project. Gracey has actually been beaten by Vogl and Planansky,
but he feels like the best bet to win the district. Vogl and Planansky have split
matches head to head this season. Vogl wrestled 138 last weekend to throw a wrench in things, as well as Planansky not competing since mid January. Lantis also should be in the mix for a medal at this weight.

138
1. Jade Lovitt, Mullen
2. Brett Tryon, Southwest
3. Gideon Heaton, Hyannis
4. Jaden Henderson, Medicine Valley
Lovitt has beat Tryon, Heaton and Henderson all head to head this season. Tryon
and Heaton look to be a close match on paper. Tryon and Heaton have a couple head
to head wins over Henderson as well.

145
1. Brett Riggs, Maxwell
2. Kaden Guerrero, Southwest
3. Colton Holthus, Garden County
4. Zachary Sweet, Mullen
Riggs has beaten Guerrero twice head to head to make him the favorite to win the
district. Guerrero looks like the favorite to get the second spot. Holthus has a head to
head win over Sweet.

195
1. Karsen Hunter, Bayard
2. Ty Kvanvig, Mullen
3. Zane Musgrave, Hyannis
4. Austin Wolfe, Medicine Valley
Hunter is the favorite as he has a head to head win over Kvanvig. If Kvanvig
wrestles, it will be interesting to see how he looks. He has the potential to get
second. Musgrave and Wolfe have split matches this year, but Musgrave also has
a common opponent win over Wolfe. If Kvanvig doesn’t wrestle, its hard to project which Maxwell wrestler ends up in 4th here as Stubbs and Howitt could
both go here, as both wrestled matches at 195 and 220.

220
1. Clayton Hassett, Mullen
2. Drey Smith, Maxwell
3. Delton Haines, DCS
4. Kayden Stubbs, Maxwell
Hassett is the favorite here. He may be even the favorite to win the state title if
Brown from Overton is out for the year. Smith hasn’t wrestled a match at 220 all
year, but he definitely could enter at 220 and take second in the district. Haines and
Stubbs have split matches this year, so it’s a toss up between them for the third and
fourth spots.

285
1. Logan Kircher, Southwest
2. Chris Sciortino, Garden County
3. Remington Hodges, Hitchcock County
4. Graeson Stillwagoner, DCS
Kircher is the favorite to win the district as he has head to head over Sciortino.
Sciortino, Hodges, and Stillwagoner have all split matches with each other, so it’s a toss up for second through fourth.