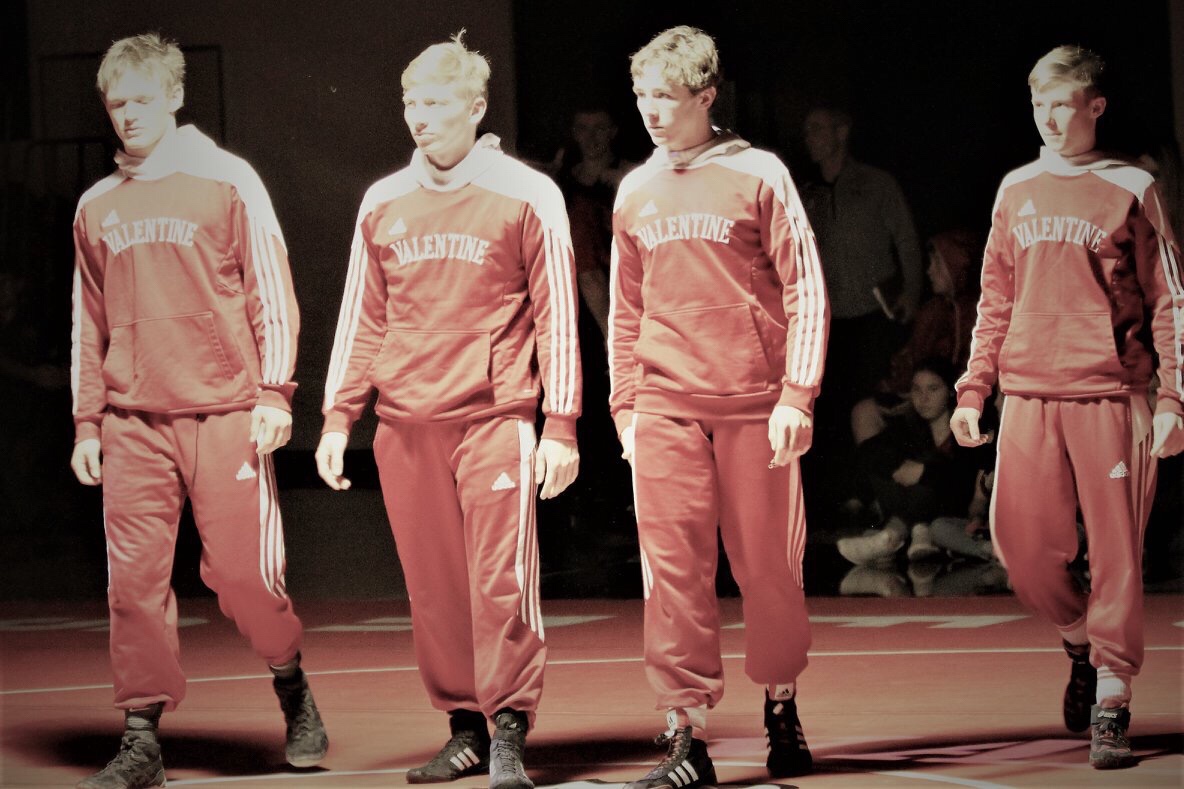 Four top-four teams and 41 ranked wrestlers headline the Valentine Invite tomorrow and Saturday, including three out of the top four teams in class C. We’ll get our first meeting between C#1 Valentine and C#2 Broken Bow. On paper it looks like the teams are virtually in a dead heat at this point in the season, but perhaps we’ll have a better idea who will come out on top in February after this weekend. David City shouldn’t be overlooked either as they have a solid top to bottom lineup with several emerging wrestlers. South Dakota class B state runner-up Winner had a rough tournament in Valentine last year, but bounced back to beat Valentine in a dual later in the season. They will definitely be a factor in the team race. Alliance and Ord are both on the cusp of entering the rankings in their respective classes.

106:
Battershaw was 113 last year and wound up one match shy of qualifying for state. He finished runner-up to top ranked Benavides last weekend and had solid offseason results indicating he’s in the running for a state medal. O’Neill standout freshman Rainforth has won all of his matches by pin this year. Returning qualifier Turman wrestled at 113 last weekend, so he many not be down at 106 yet. David City’s Bongers is off to a solid start this season.

113:
We could see a battle of top ranked wrestlers in the finals. Chavez was 2nd at Valentine last year and Williams 3rd but they didn’t meet up.

120:
Currently the four below wrestlers are all unbeaten on the season so something will have to give here. Keiser finished 4th at 106 last year while Ruff was the tournament champion. Gaffney won a 7-6 match over Russman at this weight a year ago.

126:
Five total ranked wrestlers make this a standout weight. Faulkenberry is up two weights from last year. Rocheleau is a returning state medalist from this weight and finished 4th a year ago at the Valentine Invite. Harris defeated Boyce 8-6 at the state tournament last season.

132:
One of the most highly anticipated matches of the tournament between Krolikowski and Turnquist could occur on Saturday. Turnquist handed Krolikowski his only HS loss last season in OT here. Neither will have an easy road to the finals with four other ranked wrestlers standing in their way including 2nd ranked Powers who could be a semifinal matchup for Krolikowski. If Powers/Krolikowski don’t meet up they will have three more chance at their dual, districts, and state. Fellow C4 district competitor Colton Rowse pinned his way through Wood River last week.

138:
Asa Johnson is the only state medalist at this weight and will likely be the top seed coming in. McGinley finished 5th at 152 in last year’s Valentine Invite and should be a factor in a field with several quality wrestlers. DeVries was a qualifier at 126 last season. Petska and Ambler were both qualifiers a few years ago. Barlean is off to a good start this season for David City.

145:
Look forward to a possible 1 vs 2 matchup in what could be a state finals preview as well. While offseason results don’t play into regular season tournaments, White did have a close 3-0 win over Olson in the offseason so expect a tight match if they meet up. Peters finished 3rd in South Dakota last season. He was also 3rd at 138 in Valentine last year in a weight won by White. Ord’s Kluthe should be on his way down to 145 and will provide a solid test in the semifinals.

152:
Styskal beat Hoffmaster 4-2 last week by a 4-2 score. Ulmer is unbeaten on the season so far which may be enough to get him the top seed. Hoos and talented freshman Battershaw have split matches this year.

160:
Iowa State signee Caleb Long may could see one of his top challengers in class C in Dylan Vodicka. Vodicka has already notched wins over A#2, A#4 and B#2. Winner’s Kruger was a state runner-up last year. Vodicka beat Kruger 4-3 last year at Valentine. Alliance’s Braydon Wilson leads a host of other challengers at this weight. Halverson beat Shoemaker at the state tournament last year. Lemmon won a match in Omaha last season at 145 and finished 6th a year ago at Valentine.

170:
Duda was a medalist last year at 160 while McGinley competed at 182. Add Chase County’s Peterson into the mix and there are three medal caliber class C wrestlers at this weight jostling for district C4 seeding position. Shippy out of Winner was a qualifier last season as well.

182:
Brooks won over Langan 5-3 last week in Holdrege. Ulrich’s two losses were to top ranked wrestlers in C and D last week. Riesen of Chadron is a returning state qualifier. David City’s Allen has just one loss on the season which he’s avenged.

195:
Probably the weight with the least amount of depth. Duda won at Holdrege last week and Escamilla only had one loss at the Nebraska Duals so look for them to be the frontrunners in a weight that could be important in the team race.

220:
B4 competitors Hood and Giron could see each other for the first time this season with district seeding on the line. Giron, who was ranked at the beginning of the year, didn’t compete last week in Holdrege so he didn’t meet up with Broken Bow’s Anderson. Willuweit from Winner will also be a factor at this weight.

285:
Drake has traditionally got the better of Ord’s Hoevet as they matched up more than once over the past few seasons. Blare from Winner was a qualifier in SD at 220 last season. Cozad’s Stallbaumer is a bit under the radar, but wrestled A#1 Cowling to a 5-3 score and his only other loss this season is to B#3 Wurth so look for him to potentially emerge from this weight class.