Huskers Head to Michigan for Battle with #6 Wolverines 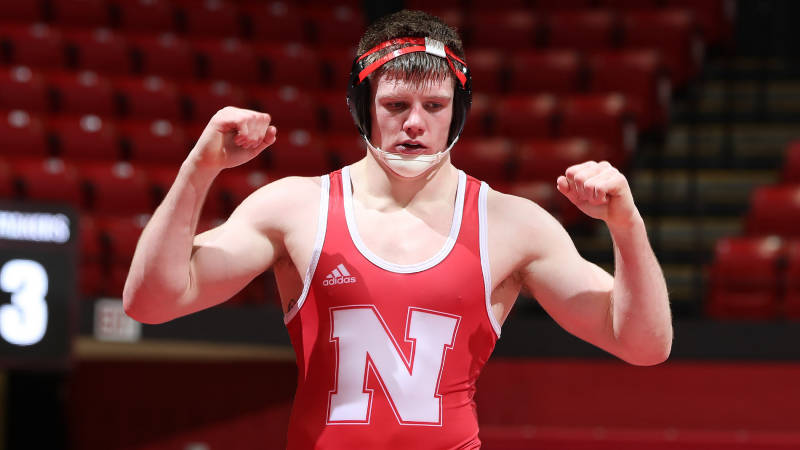 Nebraska heads to Ann Arbor to take on the Michigan Wolverines tonight at 7 p.m. The Huskers are 7-3 on the year with a 5-1 B10 dual record. Michigan is 8-2 overall with a 5-1 B10 dual record. The Huskers are riding a 5-dual win streak, but will have to put their best foot forward when they take on the red-hot Wolverines. Michigan put on an impressive performance and upset #3 Iowa last week. Michigan is the heavy favorites in this dual, with multiple returning All-Americans in their lineup. The way to victory for Nebraska is to have a couple of upsets and bonus points.

125
Mitch Maginnis has taken quite a few losses in the B10 dual season, but there’s been no lack of effort on his part. Expect Maginnis to come out swinging, but he will have to make some things happen if he expects to win this match.

133
Hopefully Renteria gets the start this week and we can see him in action against returning All-American Stevan Micic. Renteria has been impressive in his performances this year, and this would be a great matchup to test Renteria’s mettle.

141
Chad Red is one of two Nebraska wrestlers who are favorited to win in this dual. Red has had his ups and downs this season, but the Huskers need him to step up and put some team points on the board.

149
Colton McCrystal is the other Husker who is favorited to win against the Wolverines. McCrystal has been very consistent this season. The Huskers will need this seasoned veteran to put some provide some momentum if they want to keep the dual close.

157
Returning All-American, Tyler Berger, is looking for revenge against Alec Pantaleo. Pantaleo beat him at the Cliff Keen Invitational this season. Since then Berger has started to find his groove. Pantaleo was an All-American in 2016. This will be one of the best matchups of the night.

165
Isaiah White has been exceptionally consistent for the Huskers, but will need to step up his game if he wants to beat Logan Massa. Massa is a returning All-American from last year, but has been sidelined for a portion of this seasoned due to injury. White is due for a big time win, and his time could be tonight.

174
Myles Amine is the heavy favorite in this matchup. Breske has been holding his own in this brutal B10 dual schedule, but Michigan will be looking for bonus points out of their returning All-American.

184
#7 Taylor Venz will be tested once again by #5 Dominic Abounader. All four of Venz’s losses this year are to ranked opponents. This is one matchup that you will not want to miss. Venz has been putting up big points all year.

197
Eric Schultz has been impressive in his redshirt-freshman year, but will have another tough opponent in returning All-American Kevin Beazley. Beazley has had a bit of a rollercoaster season, so if Nebraska is to upset any of the Wolverines, this is one of the most probable upsets.

285
This might be the biggest advantage match for Michigan. Adam Coon is a 2x All-American and undefeated on the year. The Huskers have been testing out both Jensen and Grayson this season, with Grayson being the starter lately.