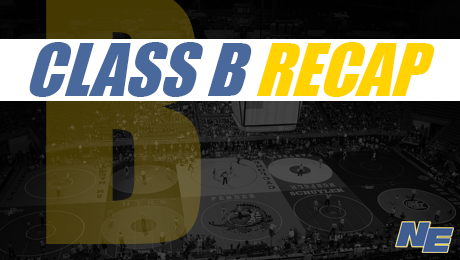 With the completion of Week 7, the wrestling season is officially past the half-way mark.  This time of year most wrestlers have made their final descent weight and everyone has begun their climb to ensure they are peaking at the right time.

After upsetting B#2 Hastings in a dual on Thursday night, Northwest continued their strong season with a second place finish at the UNK Midwest Duals.  Northwest dominated their pool, defeating Kearney Catholic, South Central, and Sidney.  Then in the championship bracket, they defeated B#8 Alliance, before falling to C#4 Broken Bow 42-33 for the championship.  Another Class B team that had a strong performance was Alliance.  The Bulldogs defeated Thayer Central, Kearney JV, and Columbus Scotus in their pool and then defeated Aurora in the third place match.

#2 Hastings rebounded nicely after their loss on Thursday night to #4 Northwest, to win the annual dual tournament in Nebraska City.  The Tigers were the best team in the 16 team field, which featured 11 Class B teams.  In route to their championship, Hastings defeated Platteview, Waverly, and Clarinda, IA in pool competition.  Then in the championship bracket, they defeated Fairbury and York to take home the title.