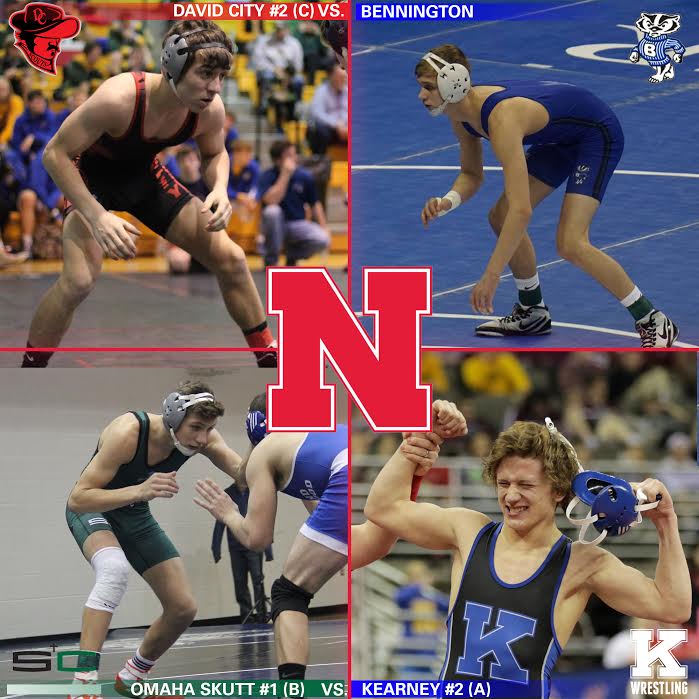 Before the Huskers take on Purdue at 7pm tonight, two high school duals will take place side by side. Three of the four Nebraska high school teams competing are ranked 2nd or better in their respective classes, while Classes A, B and C are being represented.

120- #6 Joey Orsi (Skutt) vs #3 (@113) Gage Ferguson (Kearney)
Orsi is a returning state finalist while Ferguson has burst onto the scene as freshman. In the last few weeks, Ferguson has been wrestling at both 113 and 120 along with teammate Brayden Smith. Orsi has lost a handful of matches this season, but is always dangerous.

132- #3 Nick Stoltenberg (Skutt) vs #5 Gauge McBride (Kearney)
Stoltenberg placed 3rd at state last year in arguably the deepest weight in Class B (120), while McBride advanced to the blood round at state at 126. Both wrestlers are hard nosed, so expect a dog fight for 6 full minutes.

145- #3 Stone Mendez (Skutt) vs #4 Teontae Wilson (Kearney)
Mendez finished 5th at state last year while Wilson advanced to the blood round. Both wrestlers are exciting to watch, as Mendez has an array of technical attacks, while Wilson can explode for big points in every position.

182- #4 Eli Jansen (Skutt) vs #6 Steven Berumen (Kearney)
Jansen won 20 matches and was a state qualifier for Skutt last year, while Berumen has put together a respectable season despite an arduous schedule. Jansen is a sophomore and Berumen is a senior.

In their careers, DeLancey has earned two state medals and Hernandez has earned to state titles. Hernandez’s style is physical and explosive, while DeLancey is more calculated and strategic. A low scoring match with a slower pace would favor DeLancey, while the opposite would favor Hernandez. Hernandez has only wrestled one match this season, but is the favorite in this battle of seniors.

At 220, Garett Menke (Bennington) should take on #4 Matthew Eilers. Menke recently pinned 220A#2 at the EMC Conference Duals.