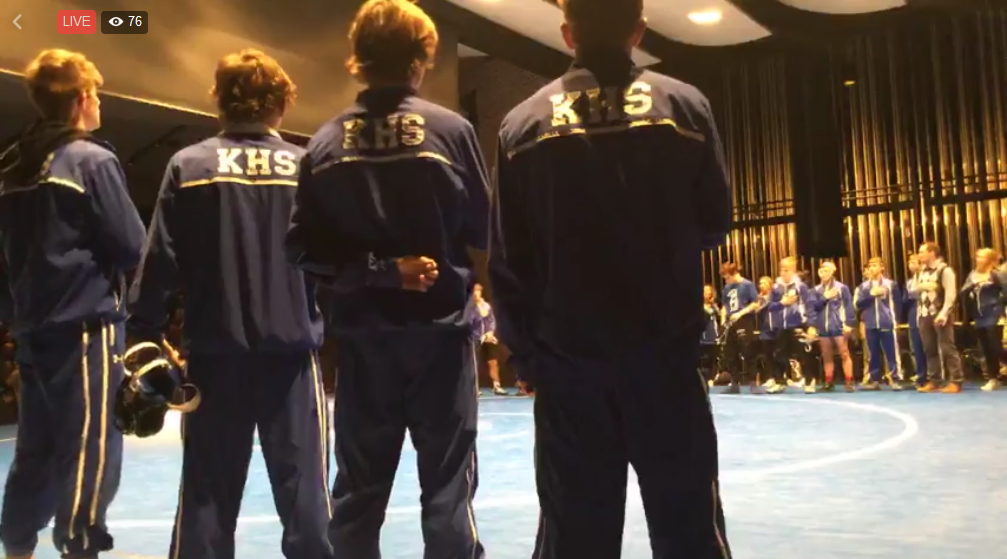 106- #4 Dalen Richie (KEA) vs #6 Nic Swift (LE)
These two have traded close matches this season, with Swift winning at the Kearney Invite, and Richie winning at the Fracas. Consider this a swing match.

113- #3 Gage Ferguson (KEA) vs Corbin Harrington (LE)
Ferguson won 5-0 over Harrington at the Fracas. Ferguson is a freshman while Harrington is a senior and 3x State Qualifier.

120- Brayden Smith (KEA) vs #1 Maxx Mayfield (LE)
Fargo All-American Mayfield won 11-3 over Smith at the Fracas. Smith is a little undersized here, but has good attacks from the open and is explosive when he needs to be.

132- #5 Gauge McBride (KEA) vs Breckin Sperling (LE)
McBride won 13-5 over Sperling at the Fracas. Expect Sperling to close the gap, as he’s looking to get over the hump by beating a ranked opponent.

138- #1 Nick James (KEA) vs #4 Adam Kinnaman (LE)
James won 19-7 over Kinnaman at the Fracas. Kinnaman should be able to keep this match closer with the home support. Both wrestlers are very dangerous, so anything could happen.

145- #4 Teontae Wilson (KEA) vs #1 Chance Fry (LE)
At the Fracas, Wilson and Fry traded first period takedowns before Fry threw wilson to his back and pinned him at the 1:00 mark.

152- #5 Jud Kuchera (KEA) vs #1 DaShawn Dixon (LE)
Dixon pinned Kuchera in 1:09 at the Fracas. If Kuchera can avoid a pin or technical fall, it would really help Kearney.

170- Jerimiah Hagemann (KEA) vs Grant Lyman (LE)
Lyman won 6-2 over Hagemann at the Fracas. Both wrestlers are solid with great positioning. A bonus point win by either wrestler would provide a huge bump for their respective teams.

182- Isaiah Stahlbird or #6 Steven Berumen (KEA) vs #2 Andrew Muthersbaugh (LE)
Muthersbaugh beat Stahlbird 3-1 in sudden victory at the Fracas, and beat Berumen 6-3 at the Council Bluffs Classic. With previous matches being relatively close, this could be a minor swing match.

195- #2 Sean Jackson (KEA) vs #6 Elliot Alexander (LE)
Jackson won by injury default at the Fracas, which gave Kearney 6 team points. By looking at their spots in the rankings and assuming no injury default this time around, this is a swing match.

220- Dominick Tavis (KEA) vs Peyton Aipperspach (LE)
This will be Aipperspach’s season debut, as he’s been out with an injury. Tavis won 7-1 over Karmazin of East at the Fracas, so this could easily be a swing match.

285- #1 Lee Herrington (KEA) vs #6 Drake Reinke (LE)
Herrington pinned Reinke in 0:41 at the Fracas, and in 1:24 at the Kearney High Invite. Avoiding bonus points here would be huge for Lincoln East.