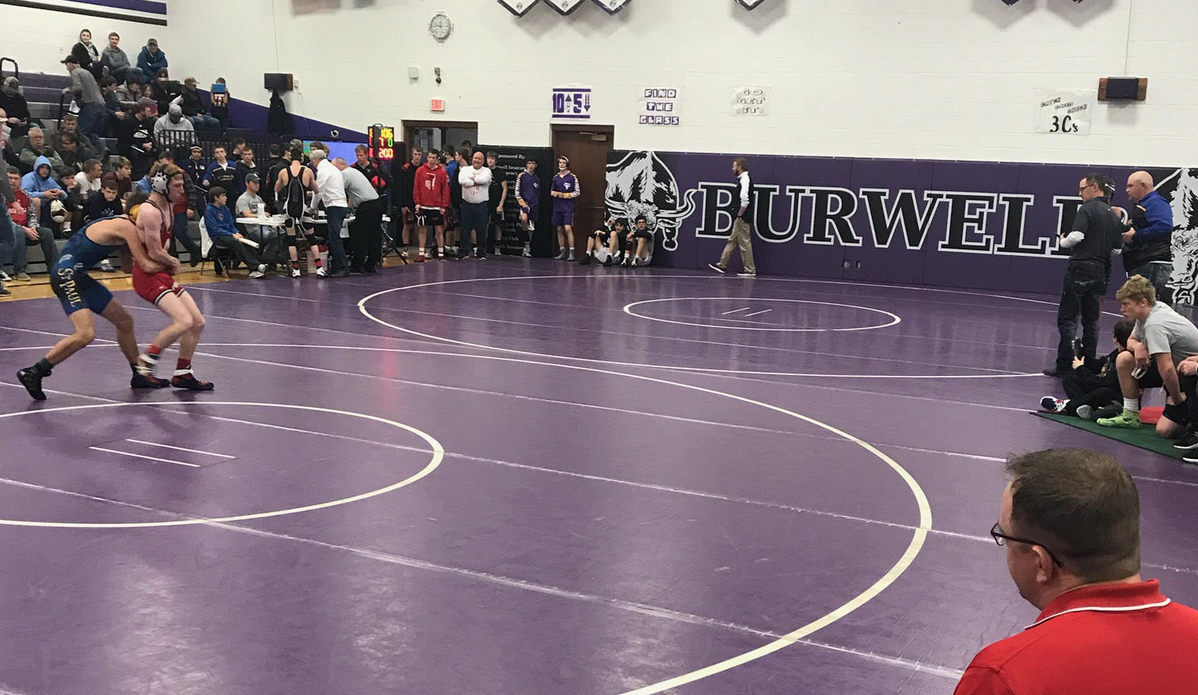 The top two teams in Class D (Burwell, Elm Creek) and C#1 Valentine square off tonight in Burwell. Brackets are complete, and the tournament should be underway soon. The team race should come down to Burwell and Valentine as Elm Creek is better built for the state tournament. Burwell is without 120 Tate Phillips and normal 113 Stout is up at 120. Several other C/D teams should be in the mix in a battle for third with Elm Creek including Hershey and Wood River. Plenty of fantastic individual matchups are in store. There are 31 ranked wrestlers scheduled to compete.

Elm Creek’s Smith suffered his first loss of the season up at 120 last week. He’ll face a good test from St. Paul senior Paczosa. JD Meeks has went the distance with Smith twice this year and should provide a tough semifinal match for Paczosa.

Bond has the top seed over Wood at this weight. He’ll likely have Stout from Burwell who has been at 113 most of the season. State qualifier Zak Palmer and Wood will be a good match in the semifinals.

Potential battle of number one in C and D should materialize barring any upsets. A good quarterfinal match is likely in store between McFarland and Shaw with the winner likely seeing Kelber in the semis. 2nd seed Ostrom pinned 3rd seed Martinez in the first period last week.

Waddington is fresh off his win over 3x State Champ Hughes last week. He’ll face a tough test once again in the finals against 4th ranked Ramon. Racicky is seeded 2nd over Ramon at this weight. He spent most of the first part of the season at 145. Several other wrestlers here capable of medaling.

Very top-heavy weight with three ranked wrestlers. The semifinal between Mackley and Coons should be a good one. If Mackley wins an important C4 district seeding bout with Olson in the finals is a good possibility.

Jensen is down from 160 and will be in the hunt for a state title at 152 in class D. Benson from Valentine is a likely finals opponent in what should be a great match. McKeon of Elm Creek with a record of 26-6 is the sixth seed so look for a good battle for the 3rd place spot.

Dawe has also made the drop down in weight to 160. He has the third seed here and a semifinal matchup against Janssen should be a good one. The winner of that match will have state champion Long in the finals.

Possibly the highlight matchup of the tournament between 2x state champ Devon Walker and DJ Stephen of Valentine could occur in the finals. This is Stephen’s first tournament at 170 as he’s down from 182. Stephen will have to get through state ranked Moles in the semifinals.

With Preston Walker up at 195 today – Poppe and Dawe are headed for a likely finals match. Dawe has a major over Chapa and McGinley is now up at 182 since teammate Stephen moved down to 170. Poppe just had a marquee win over former 2nd ranked Mueller last week at the Pierce Invite and will look to keep that momentum going.

Walker is up at 195 today to presumably try his hand at top ranked Racicky from Ansley/Litchfield. Racicky’s only loss this year is to C#1 Gabriel of Ord 2-0. Walker has the top seed and will likely see state qualifier Guerrero of Wood River in the semis while Racicky will may have state rated Kocian from St. Paul.

Not a lot of depth at this weight outside of McGahan. He may have his teammate Nicholson in the semis. Good chance for Hershey to get bonus points all of the way through here and help their team’s chances at third place.

Hughes beat Jerabek in UTB (OT) earlier this year. Jerabek and state rated Buss will be a likely semifinal on the bottom half while Hughes will have to get through Louder on the top half.