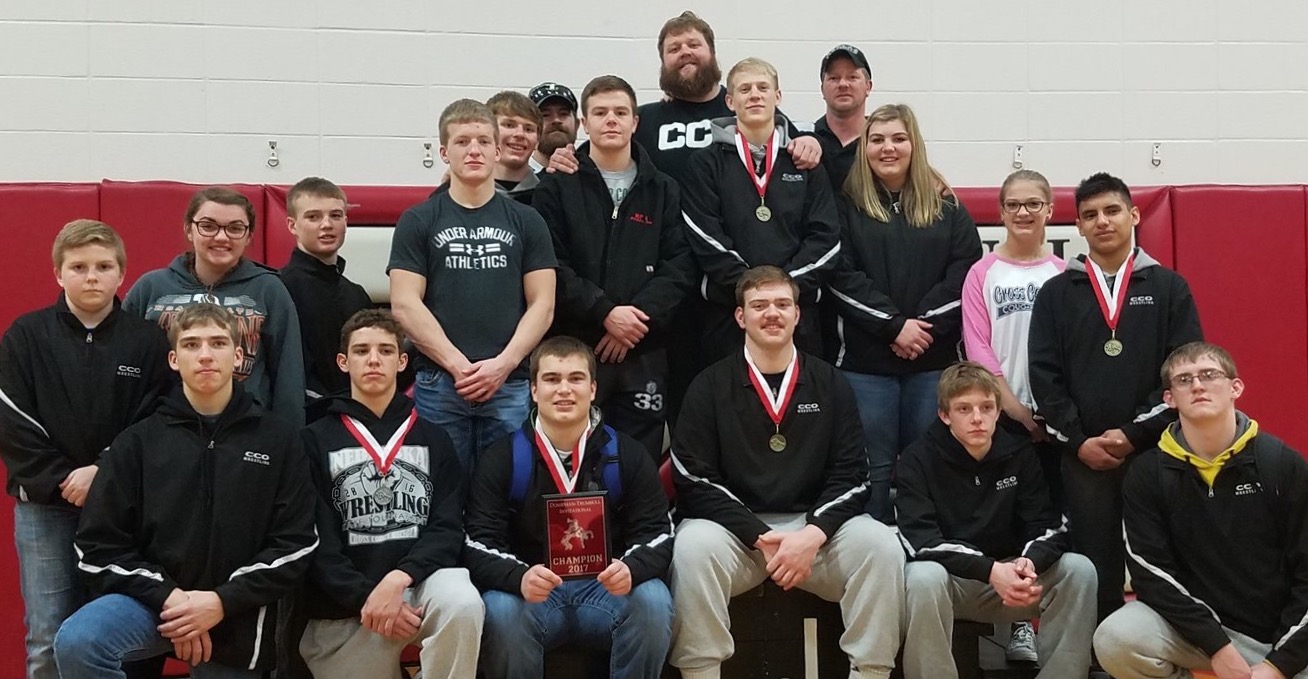 Most teams appear to be getting close to full strength as several have battled injury and illness throughout the season.

Adams Central didn’t have any class C top ten teams, but there were plenty of top matchups between individually ranked wrestlers. The feature weight of 170 had the top ranked wrestlers in B, C and D. Centennial’s Jake Prochaska fell short in the semifinals in overtime to B#1 Prestin Melroy from Holdrege.

The Boone Central Invite pitted #2 David City, #4 O’Neill and contender Aquinas together. Aquinas managed to come out on top, bolstered by solid performances in the upper weights. The marquee matchup of the event was #2 Ryan Worm from David City knocking off #1 Bailey Thompson 5-4. C#2 Reimers from Aquinas fell just short of knocking off A#1 Hill from Westside 7-6.

Ainsworth Invite:
#1 Valentine dominated the Ainsworth Invite against tough South Dakota team Burke/Gregory and D#3 Burwell. They are still without #3 Dean Haase at 195 and managed to win by over 100 points. Freshman Chase Olson notched the biggest win of his short season, knocking off #2 Brandenburg.