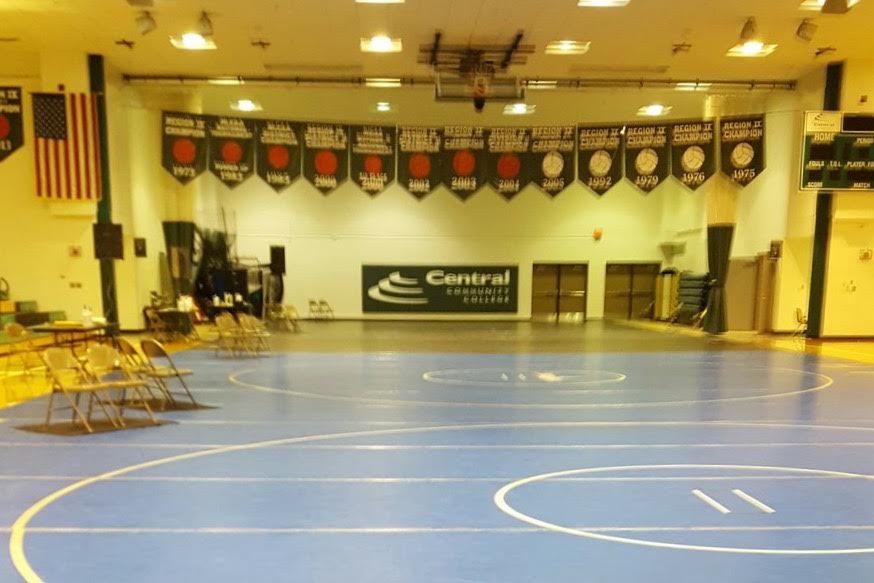 Fresh off a football state championship, Burwell has continued its success over to the wrestling mat. They come into the district tournament as the clear favorite and look qualify as many guys as possible to make a run at a state title on the mats. High Plains, Elkhorn Valley and West Holt will look to push Burwell for the district team title. The highlight weight at this district is 120, where it features 7 wrestlers with winning records.

106:
#1 Logan Russell of High Plains is the clear cut favorite at this weight and look to set himself in position to make a state title run. #5 Kolby Ellis of Winside and #6 Preston Acton of Southern should meet in the semis. I look for Ellis to win the match and make the district final.

113:
#3 Stewart Elkhorn Valley will look to continue his season’s success and win the district. #5 Olsen and Phillips split matches this past weekend, but Olsen holds a 2-1 advantage over Phillips this season. I pick Jensen in fourth based off of strength of schedule and experience.

120:
#1 Alejandro Martinez the best record in the district and is also a returning state finalist, which makes him the favorite to win the district. Eggleston could be the two seed here because Gideon has head to head over Henn. Henn and Neumister could be a possible quarterfinal match based on how the seeding may work out. I think Neumister wins the match two times at the district tournament to finish in fourth. A lot at this weight could determine how the seeding and matches shake out over the final week of the season.

126:
#1 Tyler Pawloski Pleasanton the defending state champion will look to set himself in position for state title number two. Stewart has had a great year and looks to continue that success and get himself to the district final. After that this weight is pretty wide open. Ostrom has a common on Swenson and Mann, Swenson has a head to head over Mann.

132:
This is probably the weakest weight of the district, but #5 Lasso has put together the season to win the district. McNeil has a common opponent win over Williams. Williams could end up at 126 though as well, as he was wrestling 126 until a couple weeks ago.

138:
This weight is as wide open as it gets. Stevens has been hot and cold this year and has some big wins. If he can get hot and stay hot he could very well win the district. Soule has also been wrestling very well lately and High Plains has wrestled the schedule to prepare their kids for this moment. Stackpole is my projections to finish third as he has wrestled some quality opponents to close matches. Vondra gets the next sport based on the fact that he has placed higher than the rest of the guys on the list. As far as contenders go, Grunsey will probably have a lot of motivation coming into this tournament and will look to become a qualifier for the first year program. King has a recent head to head win over Hughes. Hughes just made his way down from 145, so this could be a adjustment period for him and he may feel well and ready to go by district time.

#1 Elge has only wrestled 5 matches this year, which came in the second week of the season. After that week he was injured in practice and hasn’t wrestled since. His coaches have told us he is close to coming back and that he will wrestle at districts. #4 Judge has beat #6 McFarland head to head. #6 McFarland has beat Coons head to head. Judge and Coons have split matches this season.

152:
We should get Racicky vs Atkeson round 2. #4 Atkeson has beat #6 Racicky head to head 1-0. So he gets the spot at the top. Racaicky has beat Jensen head to head and has common on Morris with that win over Jensen. With that, Jensen and Morris get the final two slots.

160:
#3 Mlady of West Holt and Dawe should meet in the finals. Dawe has missed the latter part of the season with an injury but is expected to be ready to go for districts. Gomez has nothing to compare with these guys but based on record should able to qualify. Schaecher has beat Hogan head to head so he gets the fourth spot.

170:
#2 Stevens has put together a great year and has beat many of the guys ranke behind him already. #5 Dawe and #6 Cavaness have split matches this year with Dawe winning the most recent encounter. The final spot in the projection is up for grabs between McAfee, Baumert, and Jensen. Mcafee has a common opponent win over them, so he gets the spot.

182:
#1 Huffman placed third a year ago at the state tournament and looks to climb to the top of the podium this year. He has a head to head win over #2 Stevens. Herbert get the nod in third, based on record and the fact that Klintobe hasn’t wrestled in the last few weeks. With the uncertainty surrounding Klinetobe’s status and Metzler appearing to be the only other entry, I wouldn’t be surprised if we didn’t see some 170 pounders on the back end bump up.

220:
#1 Tyler Gideon the defending state champion at 220 should win the district. #4 Wenworth should finish second. After the top two guys the final two slots are up for grabs. Rosenkrans has wrestled matches at both 220 and HWT this season.

285:
#1 Thomas Hughes of Burwell tries to go wire to wire as the number one HWT. Hughes holds a common opponent win over Skaggs. Skaggs gets the nod in second based on the season he has put together up to this point. I put Buss over cave as he has a head to head win over him. Prososki gets listed as he has only wrestled one match this season, which he lost. He has missed most of the season due to injury.

One thought on “D2 District Preview”