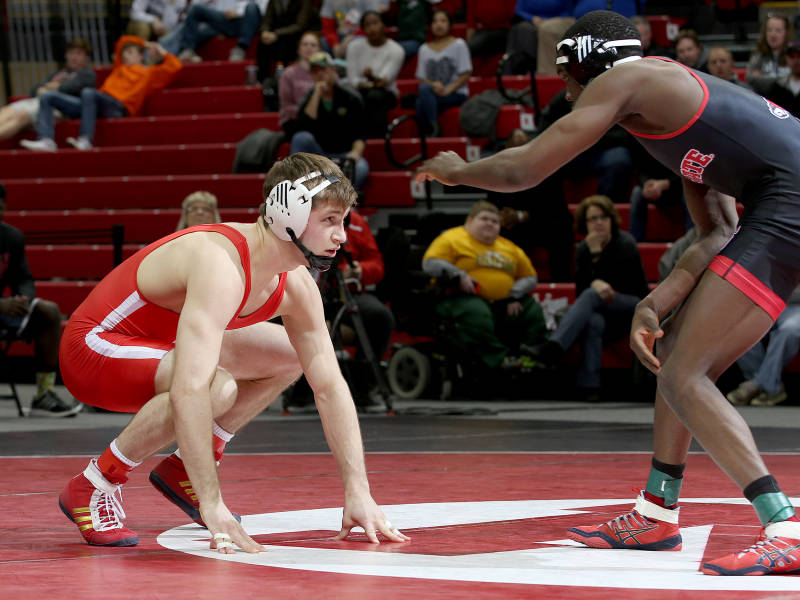 The 5-0 Nebraska Cornhuskers will head east this weekend for a two dual road trip taking on both North Carolina State and North Carolina. After a 2-0 start against Big 12 competition, Nebraska added three wins last weekend, taking out Drexel, Princeton, and Big Ten foe Michigan State by a combined score of 95-13. While the Huskers are currently rolling, they best come prepared against this weekend’s competition.

Friday night’s dual with NC State should prove to be the stiffest the Huskers have faced all year, with the Wolfpack featuring six wrestlers in Trackwrestling’s week six rankings. Among their ranked competition, five of those matches will be a head to head ranked matchup. While Nebraska figures to be favored overall in this dual it will be far from a walk in the park, especially with this dual in Raleigh.

The biggest matchups are at 141 and 157 pounds where wrestlers from both teams are each featured in Track’s top ten for their weight. Colton McCrystal was supposed to be in a two man battle for this spot in the Huskers’ lineup, but so far he has managed to win the spot convincingly and defeat the returning NCAA finalist. His match against #4 Kevin Jack will be his toughest test to date.

The other big match at 157 is the exact reverse of 141, with Nebraska sophomore Tyler Berger favored over Max Rohskopf. This will be one of the key matches NC State is circling if they want to have any hope of upsetting Nebraska in this dual.

Other ranked bouts are at 133 – #4 Eric Montoya vs #11 Sean Fausz, 184 – #2 TJ Dudley vs #19 Michael Macchiavello, and 197 – #10 Aaron Studebaker vs #23 Malik McDonald. All matches the Huskers will be favored in. Additionally, the WrestleStat’s computer projects bonus points at 125 pounds with Tim Lambert facing Wade Cummings.